FAYETTEVILLE (KFSM) — Residents are celebrating after the City Council voted to “save” Lewis Park, which had been facing an uncertain future after t... 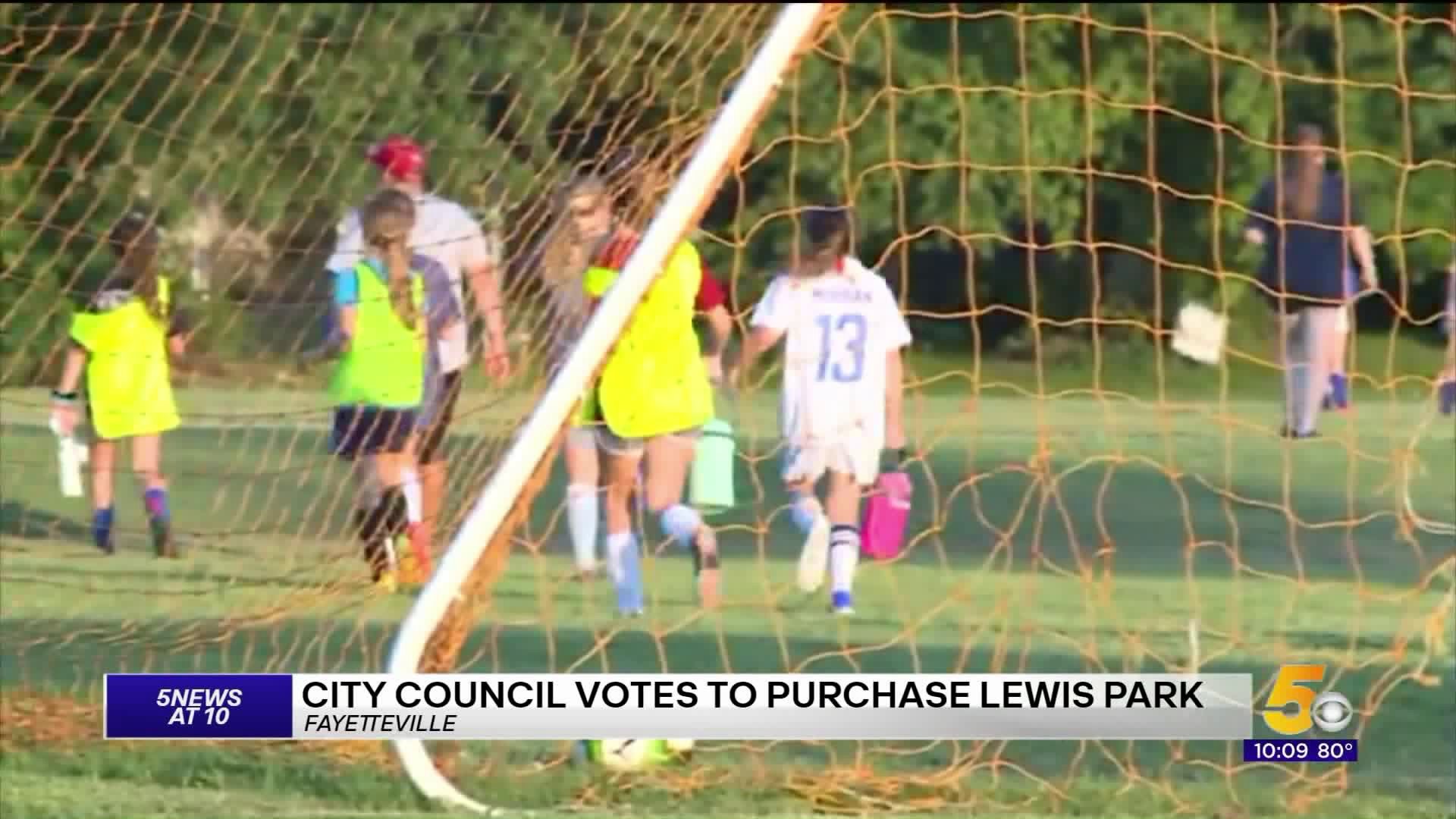 FAYETTEVILLE (KFSM) — Residents are celebrating after the City Council voted to "save" Lewis Park, which had been facing an uncertain future after the city's lease with the University of Arkansas expired.

"It's an important part of the community. It's a gathering place for this community," said Will Dockery, who established the group #SaveLewis to help preserve the park.

"Community events happen out here so these are all things that Fayetteville says are important to it and that we’ve repeatedly voted for those things so that’s exactly what Fayetteville is.”

The council on Tuesday (Sept. 3) voted unanimously to purchase the 27-acre park for $1.7 million. The total price -- $3.5 million -- was shared with Fayetteville Public Schools, which agreed to the joint purchase.

The park had been owned by the UA's agriculture department, which leased it to Fayetteville for 25 years. That lease expired in June 2018, leaving the fate of the park up in the air.

Aric Powers, who has been playing ultimate frisbee at the park for more than three years, said it's a relief to know the park is here to stay.

“We kind of have a home to come and practice to every year," Powers said.

"And it’s somewhere we’re comfortable with and a lot or our players being at the U of A they can easily get over here and it kind of makes transportation easier for us.”

The UA Board of Trustees could address the purchase at its meeting on Sept. 12.