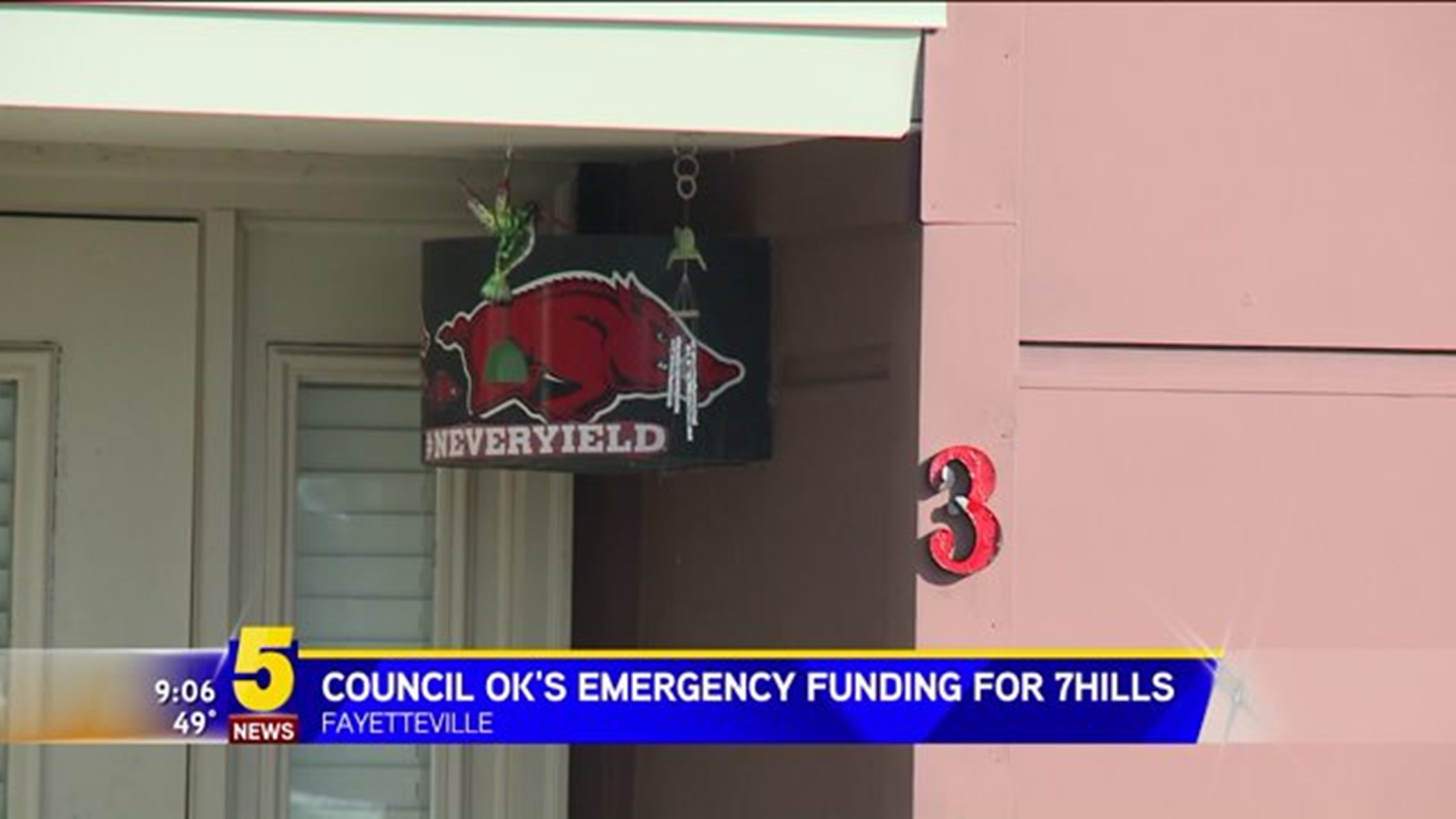 Lynn Donald Carver, the board chair of the 7hills Homeless Center Board, said the organization went to Fayetteville Mayor Lioneld Jordan to discuss the need for temporary emergency funding to pay bills.

In a unanimous vote, the council agreed to an ordinance that waived competitive bidding to enter into a two month purchase of services contract.

The contract will pay the non-profit organization $25,000 a month for two month increments, which can be extended twice, for up to six months and $150,000.

"We have been pretty much payroll to payroll in terms of donations and being able to keep the organization going," Carver said.

7hills relies much on donations to keep the doors open, said Carver, with some of the services operating at a net loss, including the Walker Family Residential Community.

The group of apartments serve as transitional or permanent housing for homeless or low income people who are working toward becoming independent.

Robert Frideaux receives assistance from 7hills and was in attendance at Tuesday night's meeting.

"7Hills helped me earn and gain back my dignity, and not to be so apathetic to myself and others," Frideaux said. "I'm here to fight for the people who fought for me."

He's currently unemployed, but Frideaux said he is in the process of finding work, which he said he is doing while simultaneously dealing with a mental illness.

"Not everybody is a drug addict, or a loser like a lot of the stigmas people give homeless [people]," Frideaux said. "Many of them are veterans, many of these people have sacrificed a lot for their country. Or are single mothers with children."

Carver said the next few months will give 7hills administration time to find ways to address funding issues.

"We've got to take care of some pretty significant areas before we can say that we're completely stable," Carver said. "This gives us a boost, and it also let's us reach out to more people to say, 'Hey, come be part of the solution.'"

The people who step forward could make the difference between full services, or closed doors.

"If 7Hills gets closed down, it's going to be a very bleak future," Frideaux said.

Alderman Justin Tennant used the special meeting to urge people and other Northwest Arkansas cities leaders and residents to get involved. He called 7hills a great service to a serious issue.