A storm packing high winds damaged a Fayetteville historical landmark. A tree fell and crushed part of the stone wall of the Confederate Cemetery, which was bui... 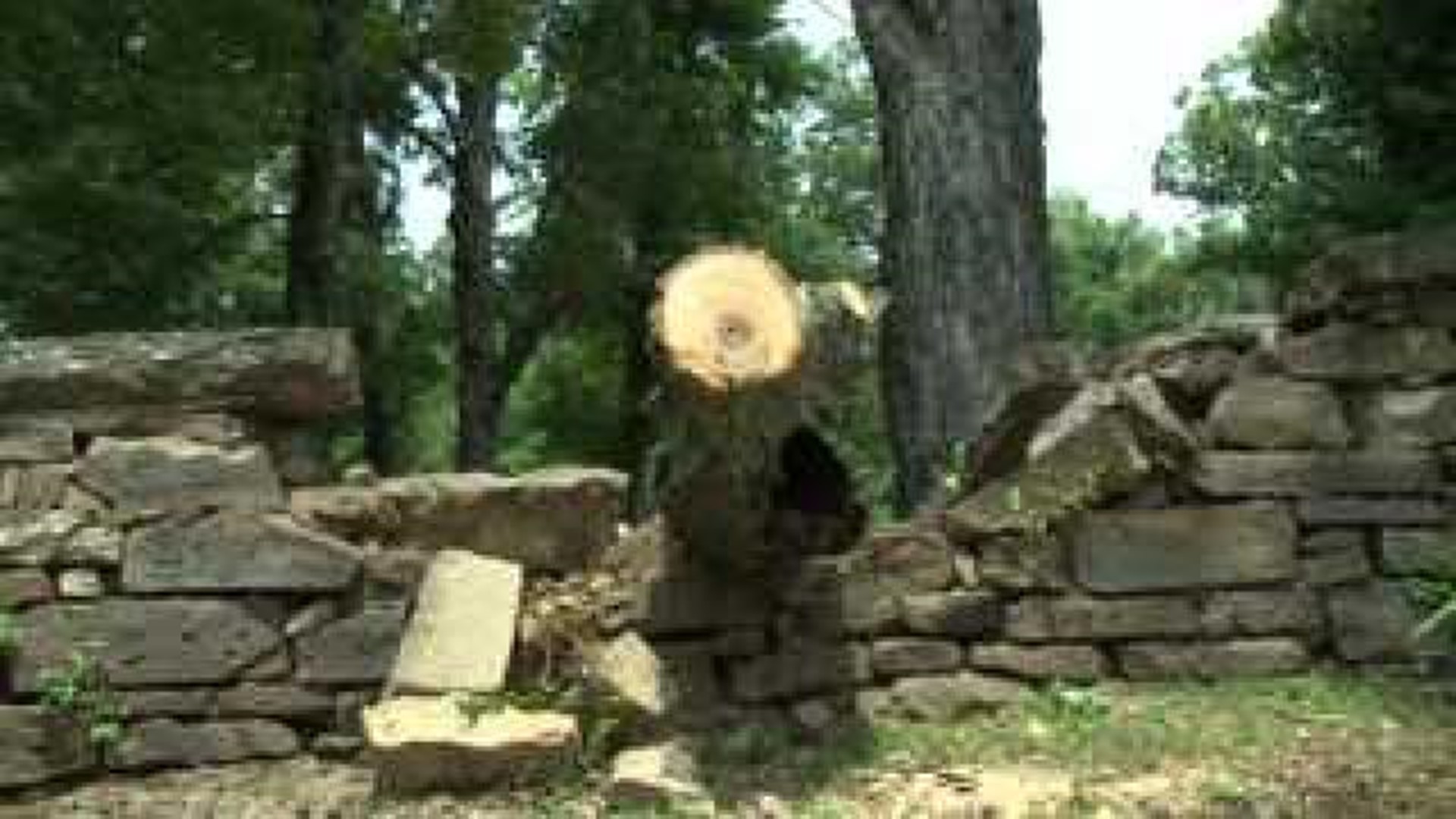 A storm packing high winds damaged a Fayetteville historical landmark. A tree fell and crushed part of the stone wall of the Confederate Cemetery, which was built in 1897.

Since the cemetery is part of the National Registry of Historic Places, it will need to be restored to its original form.

"It's really sad and it's a shame because it will have to have special attention," said Linda Doede, a historian with the Southern Memorial Association of Washington County.

The association is in charge of maintaining the cemetery. Its caretaker Al Vick discovered the fallen tree Sunday.

"It blocked the entire road so police were there to make sure no one tried to get past it before the street department cleared it up,” Vick said.

“So I would describe that as a lot of damage to the wall," he said.

Vick said restoring the stone wall will be a difficult task for local stone masons.

"It's sort of like a jig saw puzzle. You got a pile of rocks lying down on the ground and you got to figure out which one is going to sit down and match," Vick said.

It has to get done the way it was built more than a century ago.

Doede said the task will be difficult. "Those things are heavy and you got to get it back to a point where you can start to add on so it's going to be a major project," she said.

There are almost 700 Confederate soldiers buried in the cemetery and Doede said preserving history is a priority for future generations.

"If they can't see it and feel it, it's not real and so that's one of the reason I think it's important we maintain a place like this," Doede said.

According to the Southern Memorial Association’s president Donna Schwieder, the next step is to assess the cost. She said the Fayetteville stone mason they will use is approved by the Arkansas Historic Commission.