FAYETTEVILLE, Ark. (KFSM) — A favorite College Avenue coffee shop in Fayetteville will soon be reopened. This comes after a car slammed into it in March, while ... 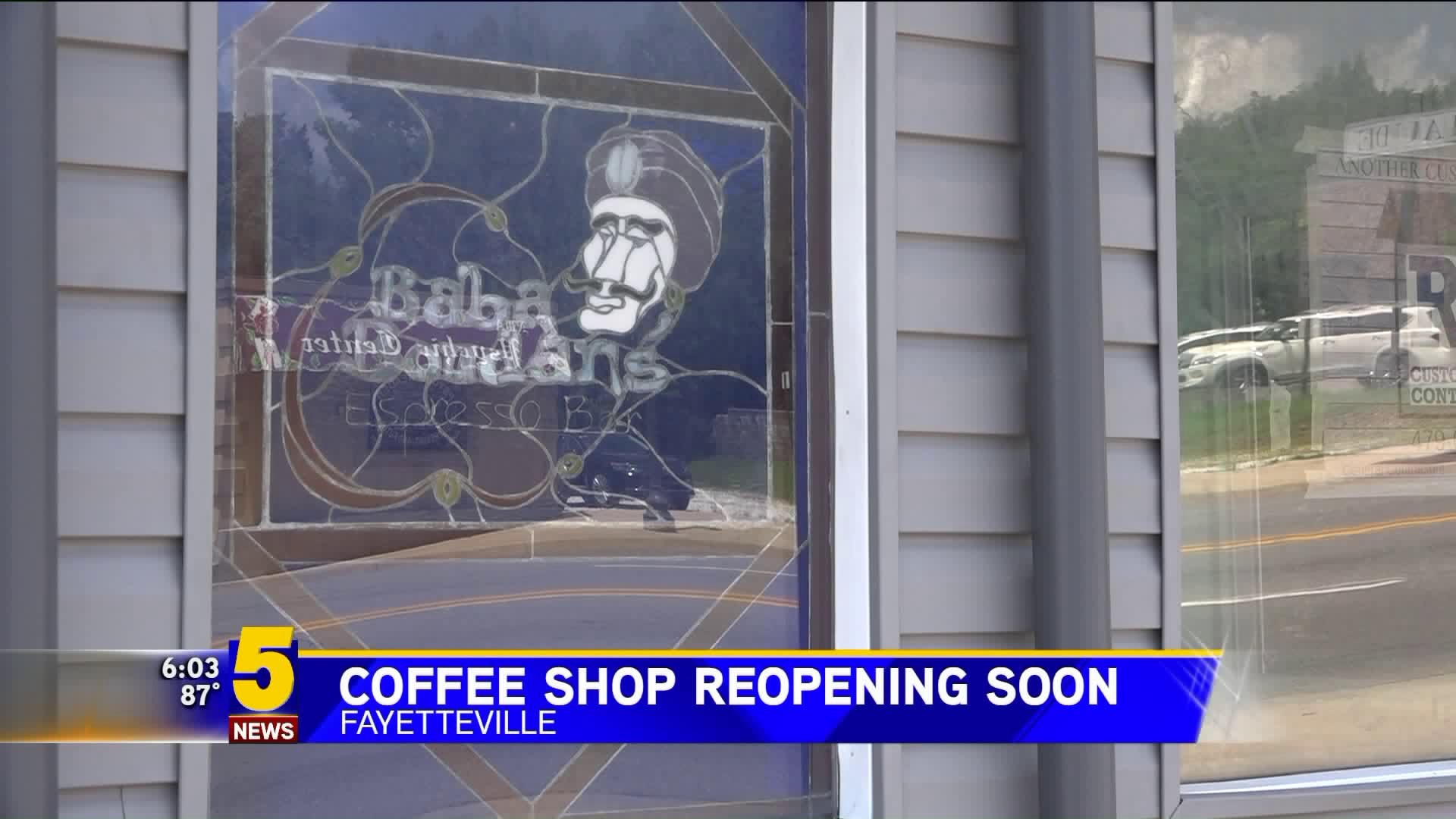 FAYETTEVILLE, Ark. (KFSM) — A favorite College Avenue coffee shop in Fayetteville will soon be reopened. This comes after a car slammed into it in March, while people were inside.

A car rammed through the wall of Baba Boudan's Coffee Shop a few months ago injuring at least five people.

The owner, Stanley Lancaster, says his wife and son were two of those hurt in the accident. He says he's thankful no one was killed and they are looking forward to reopening their coffee shop in a few weeks.

"People are asking me what all are we going to do to protect ourselves and my joke is I’m going to put a steal cage around the entire building," Lancaster said.

Lancaster says after the accident the front part of the shop was a total loss.

Luckily, everyone recovered from their injuries.

The driver at fault was cities for careless driving, driving without a license, and inadequate insurance at the scene. Lancaster says this isn't the first time a car has crashed into their business.

"Two times before that the building has been tapped," Lancaster said. "The vehicle was coming from the north. We never ever thought the vehicle would come across four lanes of traffic from the south without hitting anything else and plow into the building at 60 miles per hour."

Lancaster says he has a tight bond with many of his customers and is looking forward to seeing each and every one of them again very soon.

"All of our customers who come by continually and harassing the work crew asking when they will be done and when they will be open again," Lancaster said. "I appreciate the fact they are waiting for us, and I look forward to welcoming everybody back."

Throughout it all, Lancaster says all you can do it stay positive.

"Overall, it’ll be a more bright and inviting place," Lancaster said. "It forced us to do some upgrades that we needed to do. We were planning to do this summer on our own schedule, but things happen, and when they do, you have to adapt."

Baba Boudan's is set to open during the middle of July. Lancaster says July 15 will likely be the first day their customers can get a taste of their coffee once again.