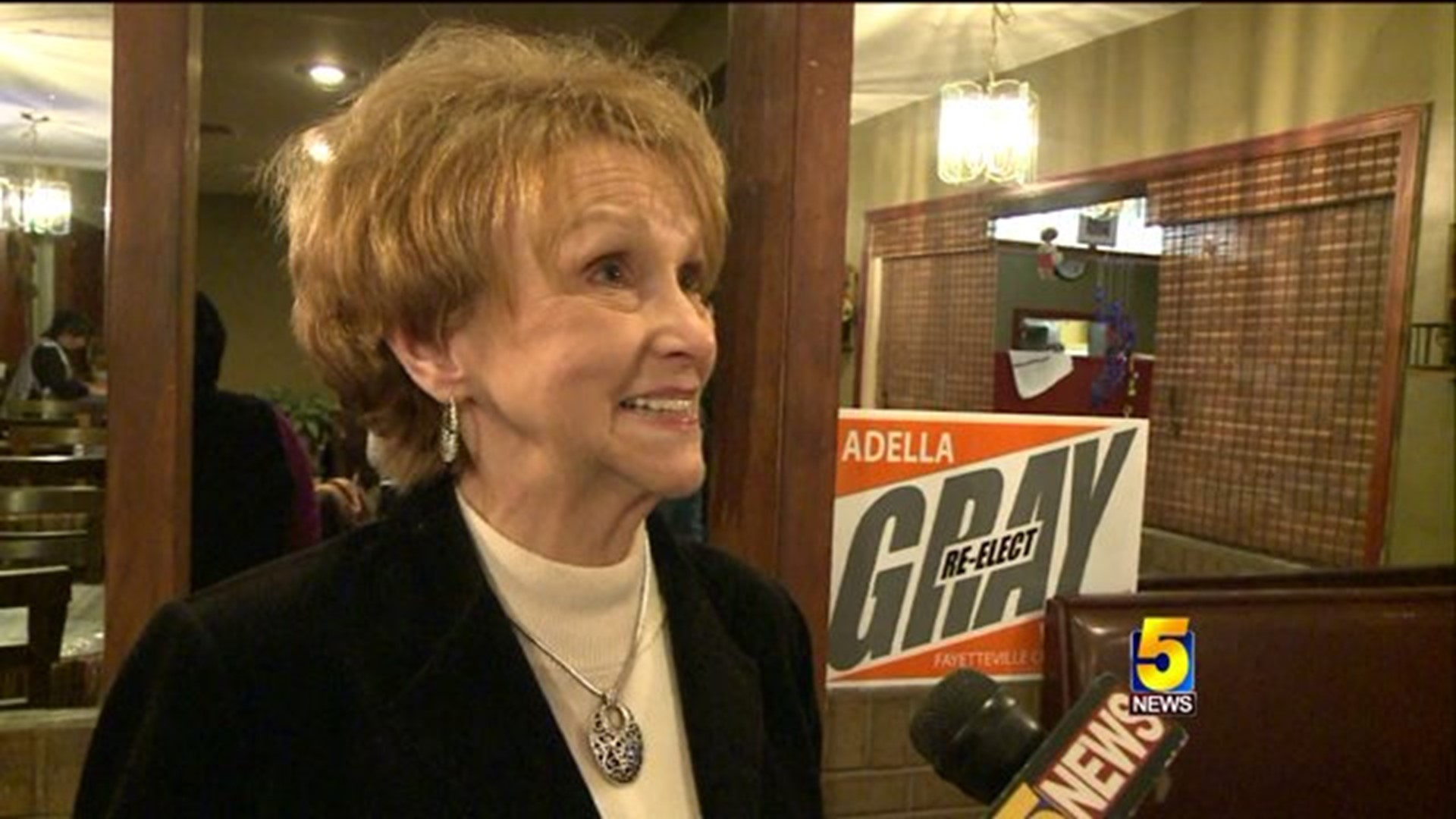 Both candidates have said Fayetteville's controversial Civil Rights Ordinance was a key issue in their campaigns because it was important to their constituents.

After seeing Tuesday's early voting numbers, which put Gray ahead of Phaneuf with 61% of the vote, she said the results show Fayetteville residents in Ward 1 support keeping Ordinance 119 on the books after the Fayetteville City Council passed it in August.

"It says to me that they are in favor of an anti-discrimination ordinance in our city," Gray said. "I know it's not perfect, I'm very well aware of that. We are going to have to work on it because a lot of folks feel like it needs some adjusting. I'm perfectly willing to do that."

Gray said she believes the outcome of Tuesday's runoff election reflects how Fayetteville residents will vote on Ordinance 119 during a special election on Dec. 9, which will ask voters if they want to repeal the ordinance.

Ordinance 119 prohibits local businesses and entities from discriminating against employees and customers based on gender, race, sexual orientation, gender identity, religion and other factors. The Fayetteville City Council passed the ordinance in August, but its opponents gathered enough signatures to force a special election.

Of the 11,458 registered voters eligible to vote in the runoff election, 2,008 cast their ballots, putting voter turnout at about 18%.

To view election results for the runoff races, click here.