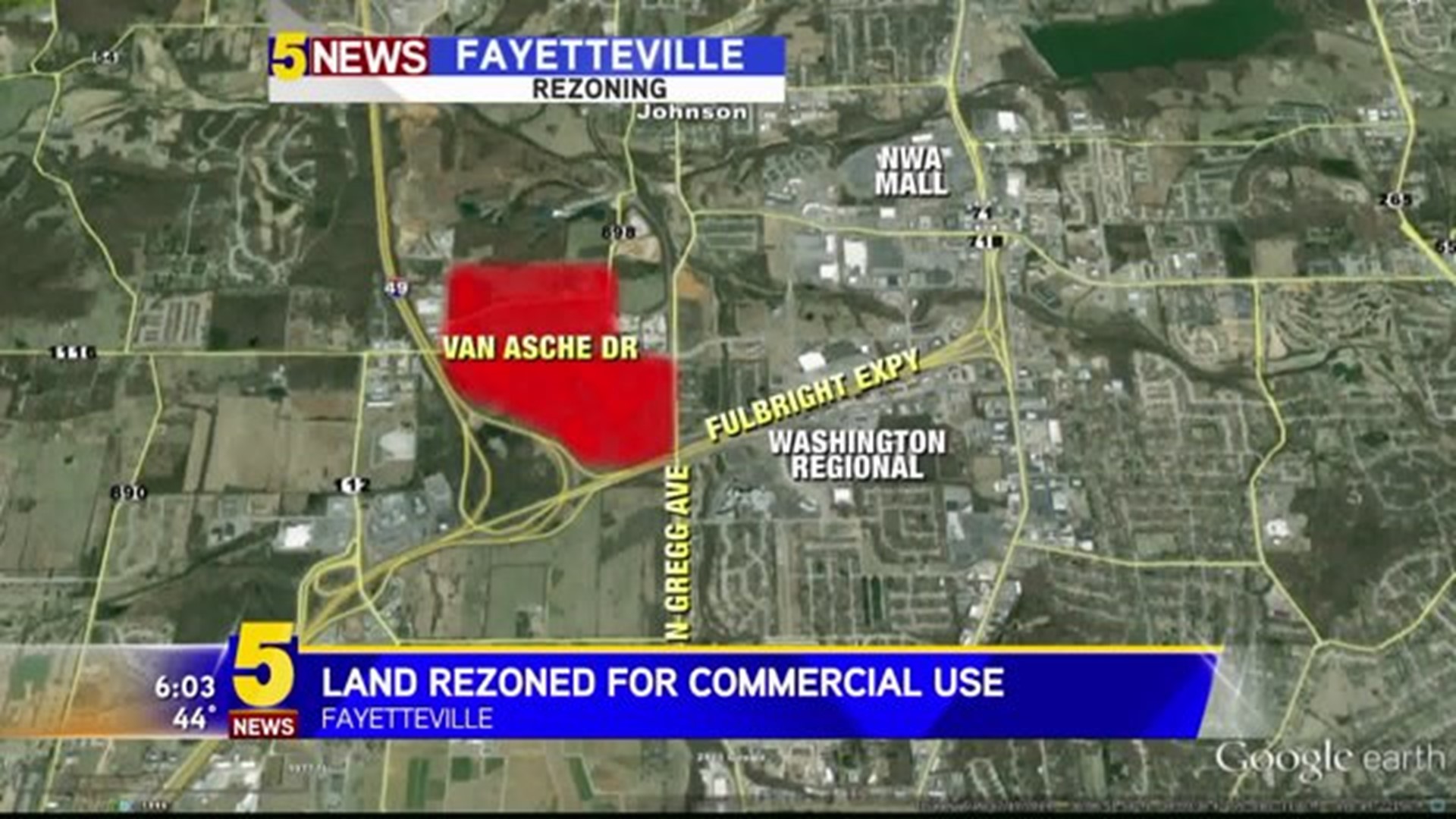 FAYETTEVILLE (KFSM) -- The Fayetteville City Council approved the rezoning of nearly two-hundred acres of land along a newly open road Tuesday (Dec. 15) after previously turning down the rezoning request.

In a seven to one vote, the City Council approved rezoning the property along the new stretch of Van Asche Drive to central and thoroughfare commercial zones. The new zoning will allow large box stores and hotels to build on the land between Interstate 49 and the Northwest Arkansas Mall.

The land on the south side of Van Asche Drive had always been a part of Fayetteville, but at one point, the land on the north side was part of Johnson. In 2008, the two cities came to an agreement to annex that land into Fayetteville. City leaders also formed a contract with the landowners to rezone the property for commercial use in the future.

"Back in 2008, before Van Asche Drive was built, the City Council had decided we needed to have the north side of the road in Fayetteville," Fayetteville City Attorney Kit Williams said. "We agreed in this contract that we would zone their land to a commercial district."

That's why the council decided to follow through with that agreement and voted rezoned the land.

"They had our word that they could do that zoning," Gray said. "And I felt very strongly that they needed to be able to depend on our word."

If the city didn't honor their part of the contract, they would owe the landowners any lost money.

"It could be in the several millions of dollars and that is what our tax payers could have been liable for," Williams said.