FAYETTEVILLE (KFSM) — One of the largest gatherings in Fayetteville isn’t happening this year. Organizers of the Block Street Block Party said they ... 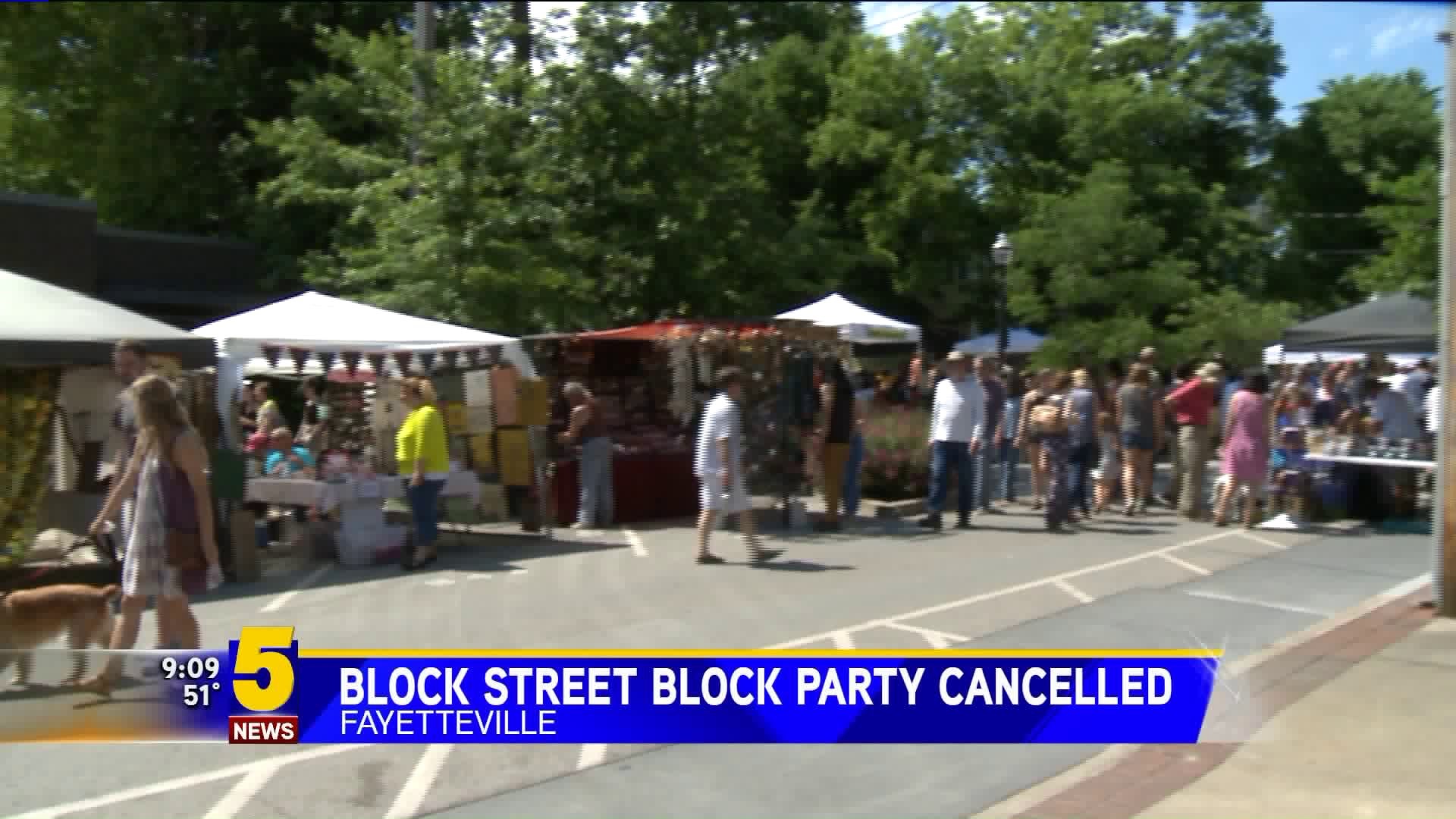 FAYETTEVILLE (KFSM) -- One of the largest gatherings in Fayetteville isn't happening this year.

Organizers of the Block Street Block Party said they have canceled the 2018 event, but will return in 2019.

The move comes as space and volunteer help have become fewer and fewer. Development has contributed to fewer available lots that once housed parts of the event.

A lack of volunteers over the years also contributed to a hefty workload for Hannah Withers, who was already busy with managing Maxine's Tap Room and Leverett Lounge. She was the main force behind the event each year.

The Block Street Block Party was created in 2011 after a large street revitalization project along Block Avenue. Nearby business owners wanted to get customers back into the stores to shop.

Over the years, the live music, vendors, food trucks and beer gardens grew, bringing in thousands of people to downtown Fayetteville.

A few local businesses 5NEWS spoke to agreed with the move to return next year.

"Last year was the first week I had been working here. Our sales that Sunday were up about 1000 percent," Travis Anteau, manager at GPP Cycling said. But he said bikes weren't a big seller.

The owner of May Bell Music said the bigger the event grew, the less it helped her local business.

"There's just so many people on the street and so many things to do on the street, that people aren't really coming into local businesses," owner Allison Williams said.

Both look forward to seeing the event return, but hope a change will include stronger focus on the stores themselves.

Over the next year, the event is expected to be "reorganized and restructured" before returning in 2019.