FAYETTEVILLE, Ark. (KFSM) — Fayetteville has been named as one of the finalists to be the host city for a new triathlon coming in 2020. The IRONMAN triathlon is... 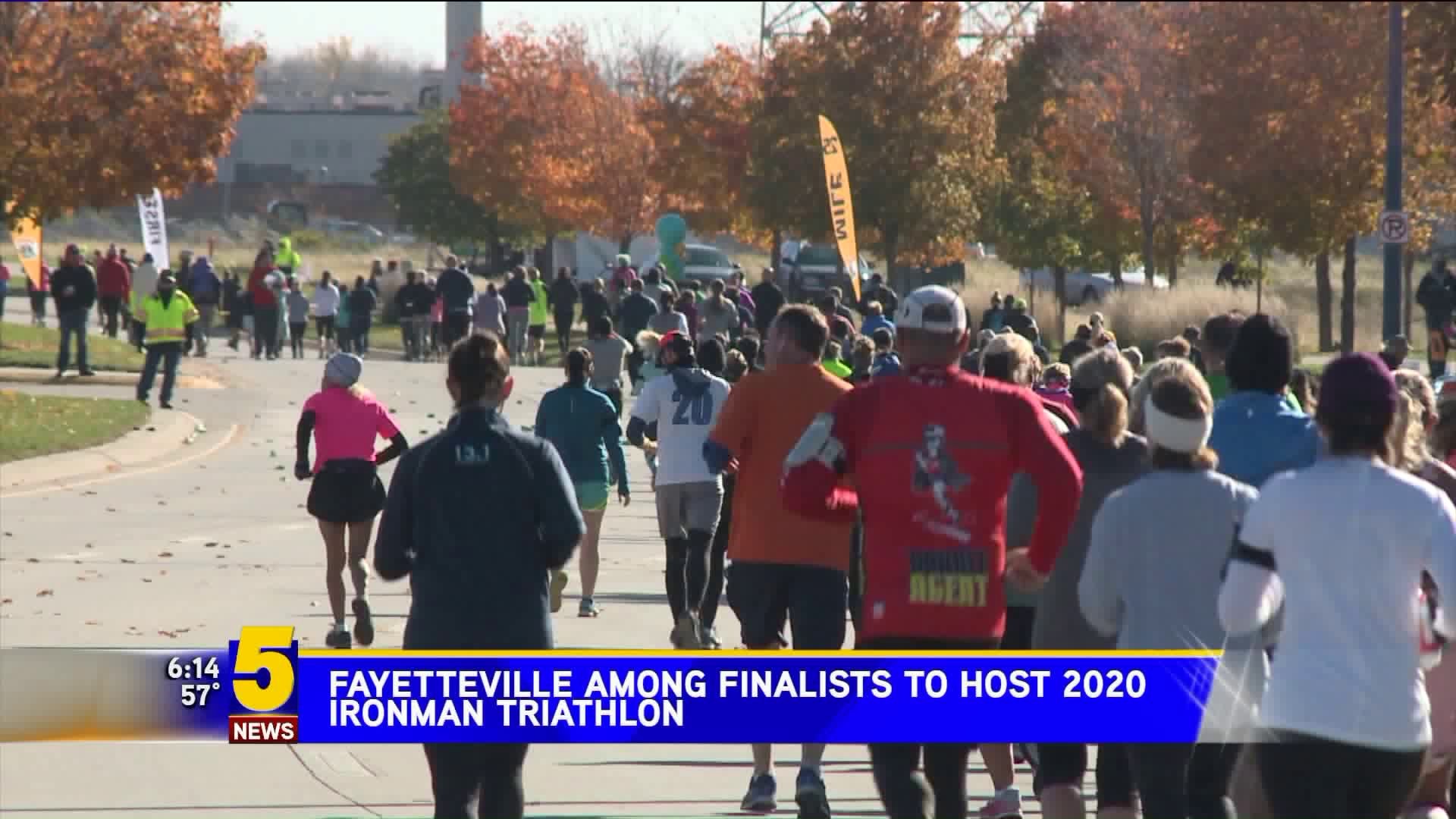 FAYETTEVILLE, Ark. (KFSM) — Fayetteville has been named as one of the finalists to be the host city for a new triathlon coming in 2020.

The IRONMAN triathlon is expected to take place sometime in the late spring or early summer of 2020.

This will be the first brand new, full distance IRONMAN triathlon introduced in the country since 2014. The triathlon series expanded into the Central United States since being founded in 1978.

The series of events is one of the largest participation sports platforms in the world.

“We are very excited about this opportunity to bring an IRONMAN event to the Central United States,” said Shane Facteau, Chief Operating Officer for IRONMAN. “We have been looking into this particular area of the country for a while now and felt the time is right to add a brand-new, full-distance Ironman triathlon to the U.S. Series.”

Event officials will be visiting the four finalist cities throughout May and a decision is expected by mid-June.

Molly Rawn, Executive Director of Experience Fayetteville, said, “We have excellent facilities and amenities that give us the opportunity to host a world-class event like IRONMAN. We’re excited about what this means for Fayetteville and look forward to showcasing our city.”

In its announcement, IRONMAN described Fayetteville as the “epicenter of rapidly growing Northwest Arkansas,” having “earned its reputation as an important hot spot for business, education and entertainment.”