GREENLAND (KFSM) — Most coaches are able to separate their family and work life, but the father and son bond between Lee and Jordan Larkan thrives on the footba... 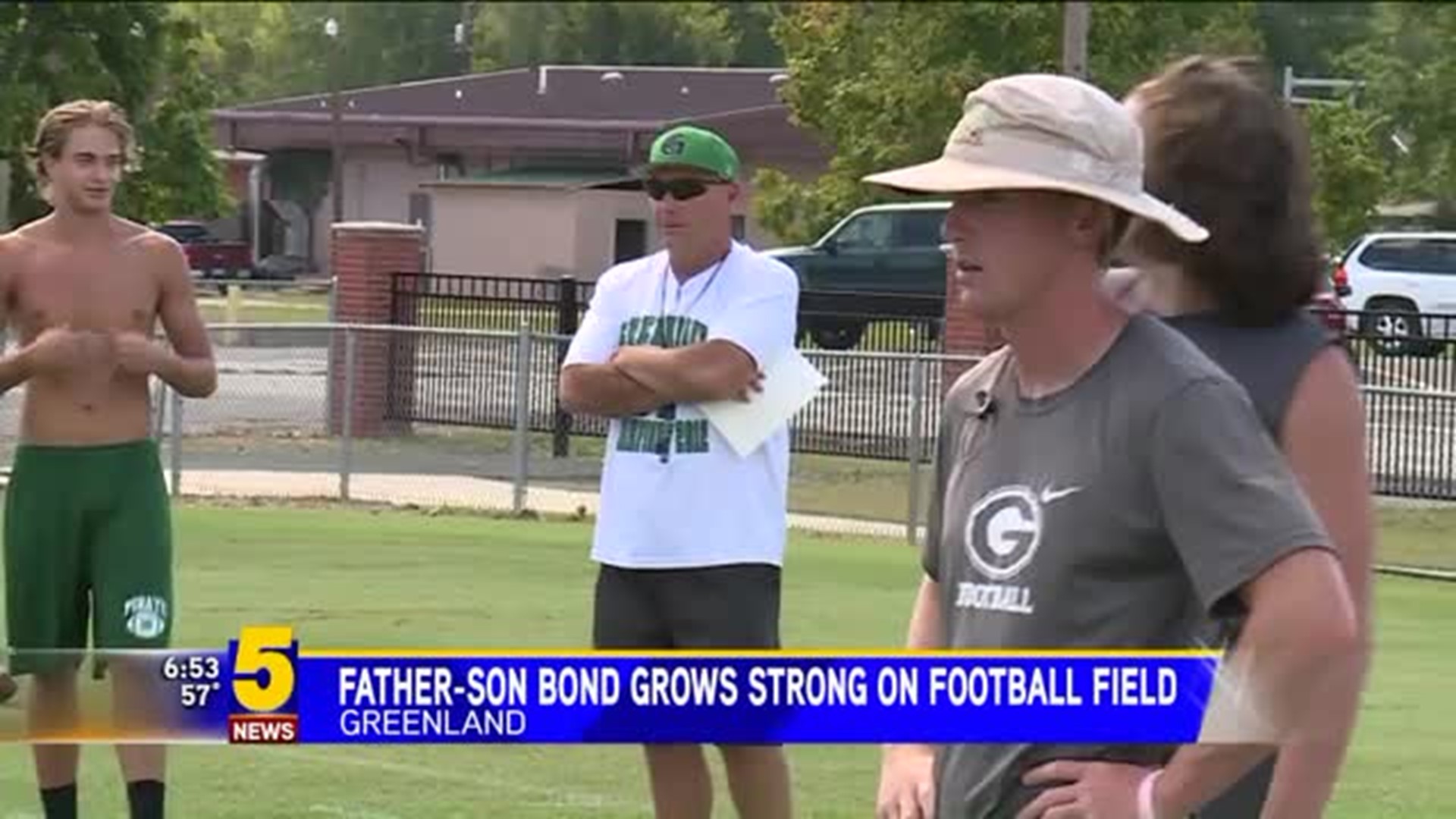 GREENLAND (KFSM) — Most coaches are able to separate their family and work life, but the father and son bond between Lee and Jordan Larkan thrives on the football field.

Jordan Larkan has been close to the Greenland Pirates most of his life. He played for the team with his dad Lee Larkan as head coach, and now he's an assistant coach.

"It's one of those things — growing up, I played for him, he coached my teams growing up when I played here, and not a lot has changed," he said. "Growing up, I went to work with him every day, so a lot of times I might have been little, but I was doing stuff for him and helping out."

Lee said Jordan's ties to the program make him a special addition to the coaching staff. It's also a special bond he shares with his son.

"It makes it more fun just like coaching him. He's an ultimate competitor, and he's probably the most prepared on our staff including me. He spends hours watching videos, and he has equity in the program because he played here, so it probably means more to him than everybody," he said.

Jordan said he has enjoyed learning about the sport from his dad as a player, and now as a coach.

"I think it's been good, you know getting to be around him everyday and learn from him in a different sense than what I'm used to is good and I've learned a lot the past few years," Jordan said.

The Greenland Pirates will play Mansfield on Friday night in the Football Friday Night game of the week.