Travis Fox, a Springdale man charged with two counts of capital murder in the deaths of his two infant sons, pleaded not guilty in a Washington County court Wed... 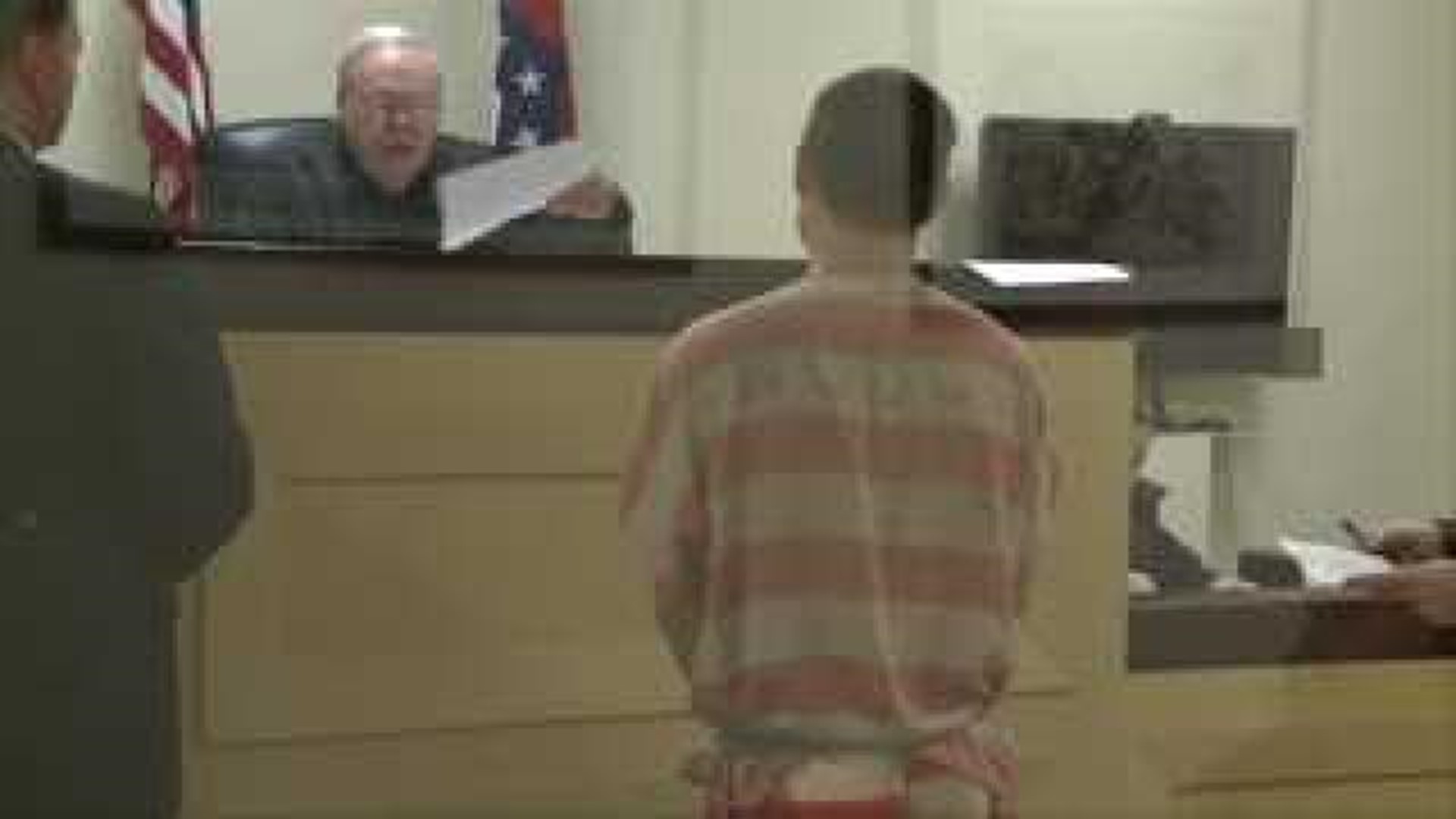 Travis Fox, a Springdale man charged with two counts of capital murder in the deaths of his two infant sons, pleaded not guilty in a Washington County court Wednesday (April 24.)

"He's been charged with two counts of capital murder," Threet said. "That means he is facing, in each charge, the penalty is life or death."

Fox admitted to shaking his seven-month-old son, William, to death, according to arrest records.

In a police investigation, he confessed to shaking both babies after he had been drinking, according to court documents.

At the detention center, 5NEWS spoke with Tiffany Fox, the mother of the two infants. She said her first born, Travis Fox II, died in 2011. The second son, William, died last month.

"A year had gone by, and I thought that it was just of natural cause, a natural death, because nothing could determine exactly his death," Fox said of her son, Travis.

She said Fox then "turned around and killed my seven-month-old on March 13th of this year."

Fox said she recently found out she`s pregnant with Travis’ child and that she’s due to give birth in October.

Fox said she won't forgive her husband, and if he's convicted, she said she'd like to see him get the death penalty.

“I've got my four-year-old to take care of, and I've got one on the way. I`m a single mom, and I`m going to show my kids the best life,” Fox said. “The only thing I can do is to protect my kids, and now that I know the truth, never, ever in my life will I be with somebody again.”

She said explaining her sons' deaths to her now only son was painful.

“I told him his brother is on the moon, and he's in the stars and he's the shadow on the ground,” Fox said. “I don`t know what else to tell my kid.”

Fox is scheduled to appear in Washington County Circuit Court on June 19.

Fox also faces a charge of probation violation, records show. He was sentenced to five years probation in 2009 after pleading guilty to residential burglary and other theft-related charges, court documents show.