FARMINGTON, Ark. (KFSM) — Two Farmington women have pleaded not guilty to allowing a juvenile girl in their care to overdose on prescription medication. Washing... 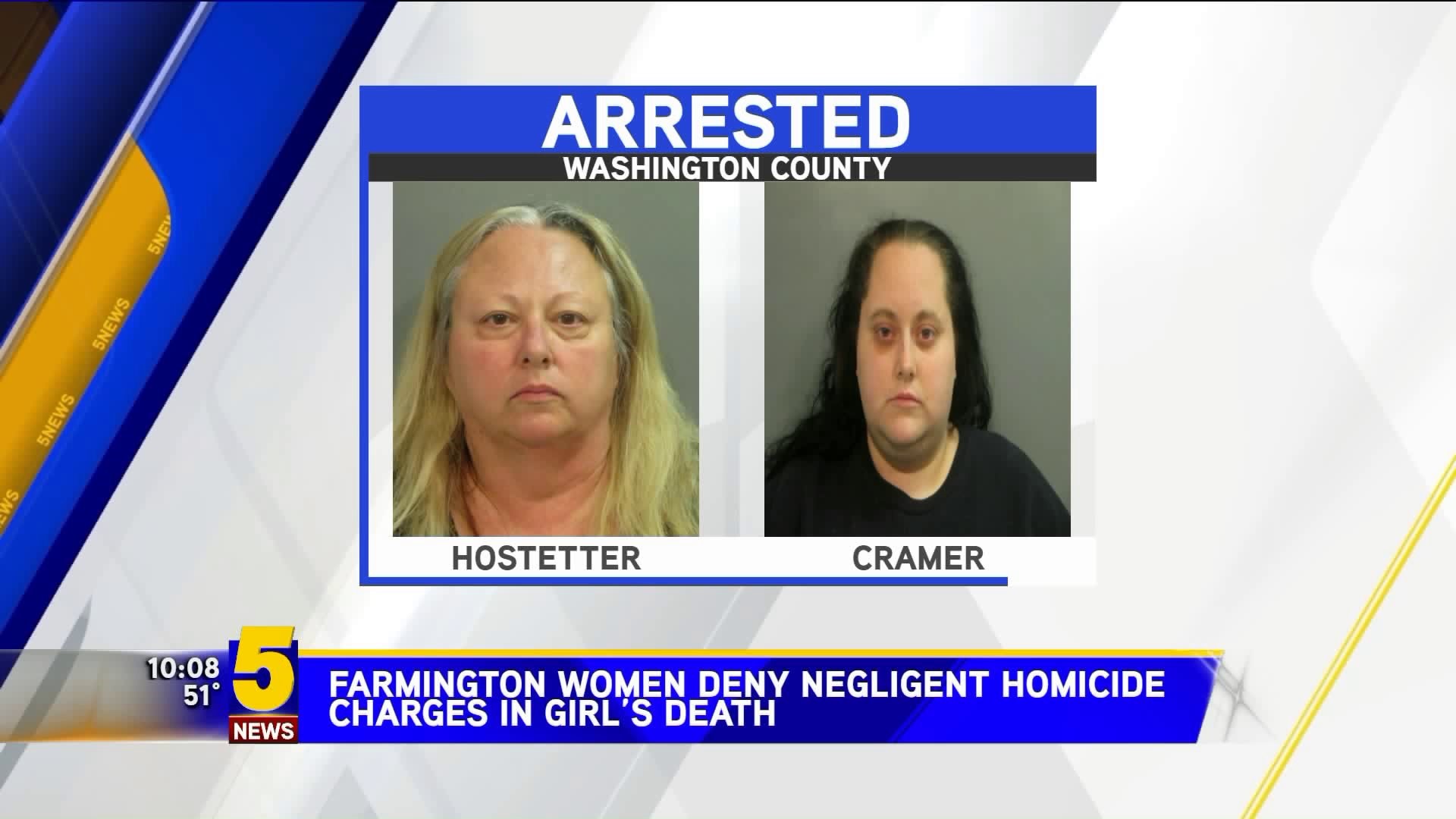 FARMINGTON, Ark. (KFSM) — Two Farmington women have pleaded not guilty to allowing a juvenile girl in their care to overdose on prescription medication.

Washington County sheriff's deputies arrested Joanne Hostetter, 57, and Melissa Cramer, 27, on March 5 in connection with negligent homicide and first-degree endangering the welfare of a minor.

The girl got access to prescription medication that should have been locked in a safe, according to Washington County Circuit Court documents. The girl is Cramer's niece and Hostetter's granddaughter.

Prosecutors allege that both women "left numerous bottles of medicine in places easily accessible" to a child living in the home, according to court documents.

Cramer and Hostetter were being held Friday (April 12) at the Washington County Detention Center on $200,000 bonds.

Their trial is set for June 27.

In Arkansas, negligent homicide is only a felony if a person causes someone else's death while operating a vehicle, an aircraft, or a watercraft -- otherwise, it's a Class A misdemeanor.

First-degree endangering the welfare of a minor is a Class D felony, which is punishable by up to six years in prison and a maximum fine of $10,000.