FARMINGTON (KFSM) — A Farmington police officer was arrested for domestic assault after an alleged fight with a woman. Taron Mahone, 43, was arrested Sunday (De... 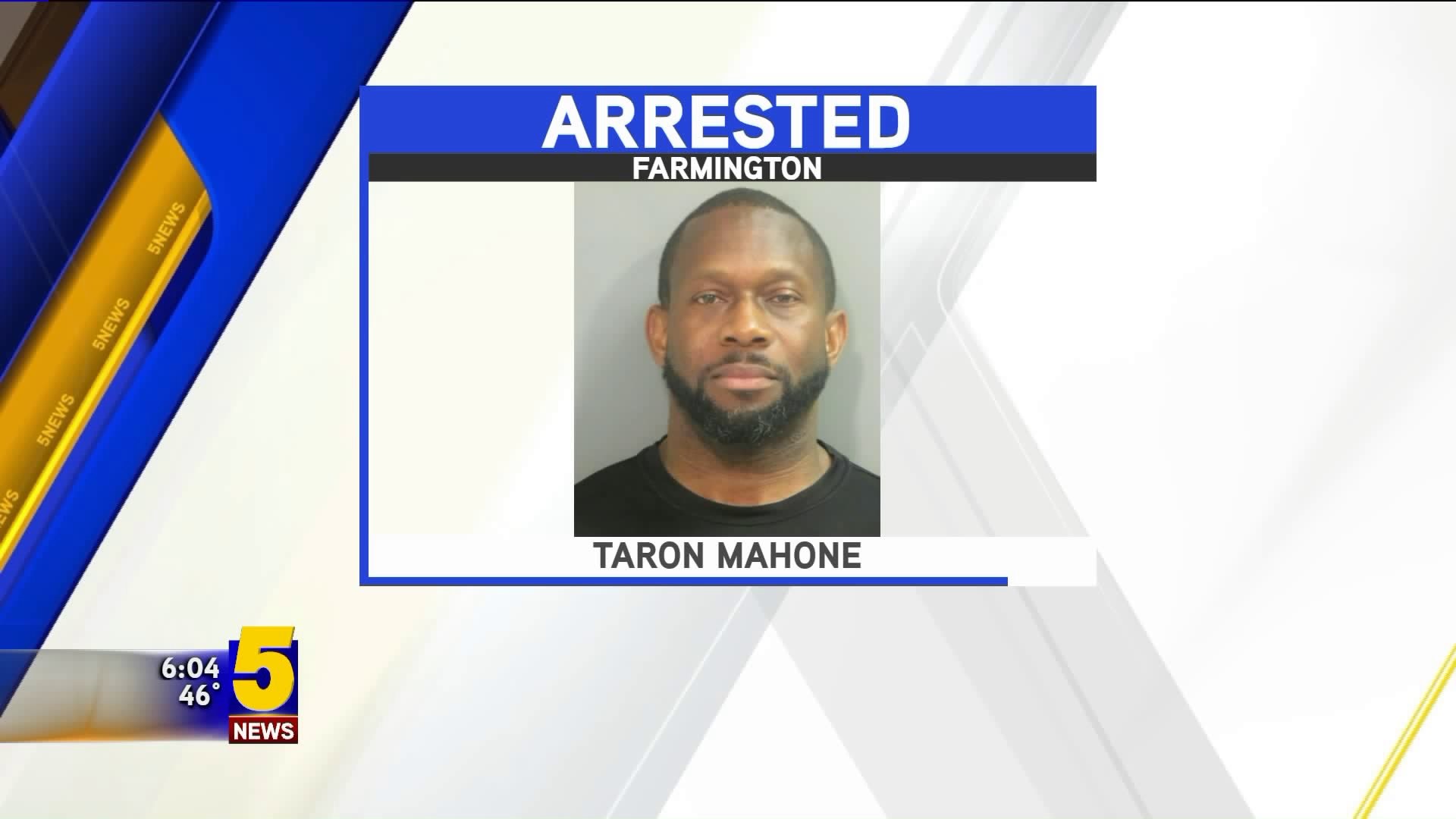 FARMINGTON (KFSM) — A Farmington police officer was arrested for domestic assault after an alleged fight with a woman.

Taron Mahone, 43, was arrested Sunday (Dec. 9) in connection with a third-degree assault on a family member — a Class C misdemeanor.

A woman told Washington County Sheriff's deputies that she and Mahone were arguing for more than two hours because he wouldn't let her charge her phone, according to an arrest report.

Mahone said he called police because the woman was using scissors to cut some of his property. A dispatcher said they could hear the woman screaming, "you're hurting me," during the call.

The woman said he ripped the cord from her hands, causing her to fall into a lamp on a table, according to the report.

Mahone told deputies the woman was the aggressor during the incident.

Mahone was hired on Feb. 14, 2017, according to Melissa McCarville, business manager with the city of Farmington.

He is still employed with the Farmington Police Department, McCarville said, but she wouldn't tell if he was on leave or on duty.

Class C misdemeanors are the least severe misdemeanors in Arkansas. They carry a punishment up to 30 days in jail and a maximum fine of $500.