Police Arrest Farmington Man On Suspicion Of Rape Of A Minor

Farmington Police arrested a University of Arkansas employee on suspicion of giving alcohol to two teenagers and having sex with them on June 15, records show. ... 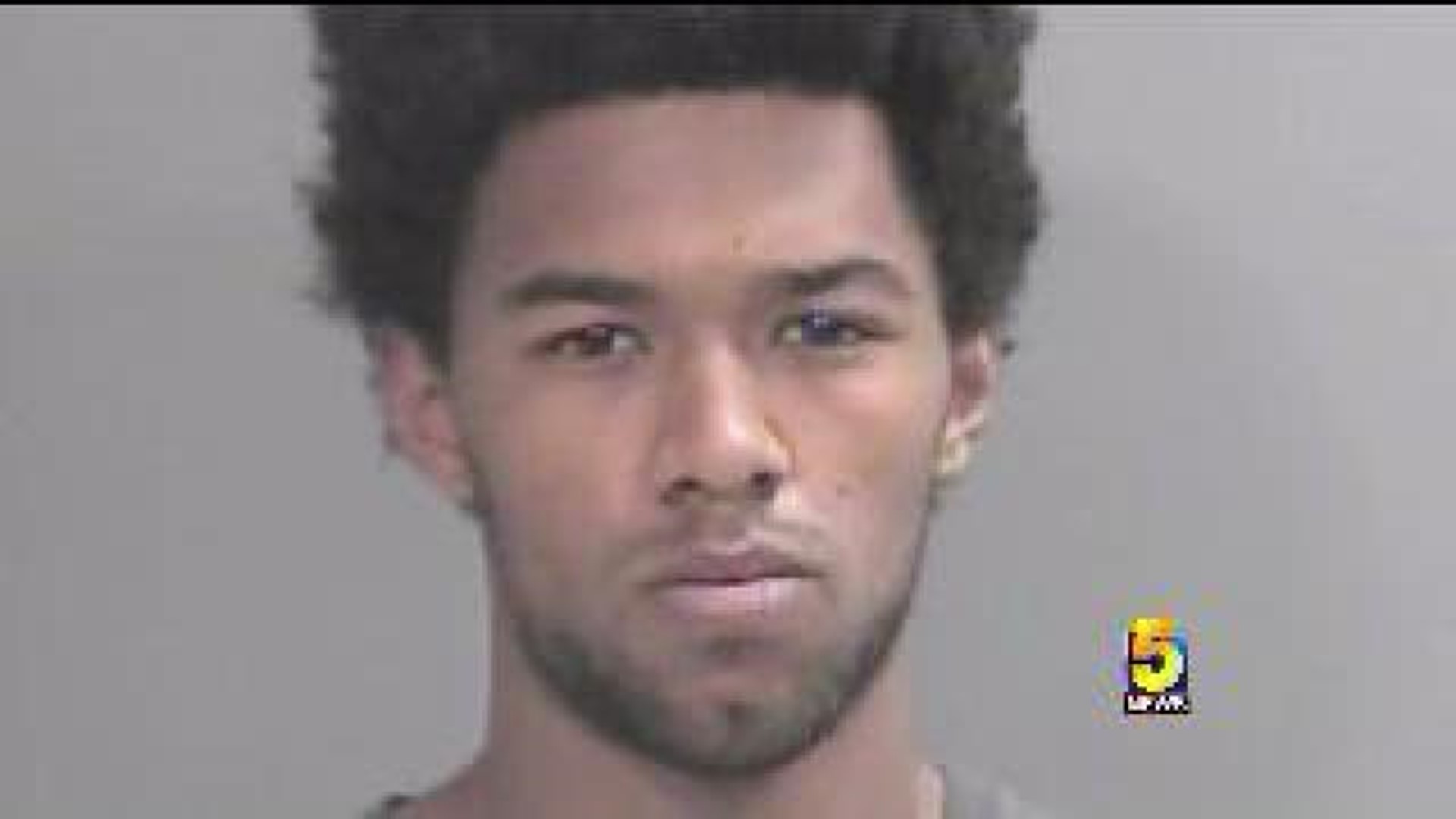 Farmington Police arrested a University of Arkansas employee on suspicion of giving alcohol to two teenagers and having sex with them on June 15, records show.

Dimitri Donovan, 19, of Farmington, was arrested Wednesday (June 18) after police say he met with and picked up three juvenile girls at O'Reilly Auto Parts at 57 W. Main St. in Farmington and took them to his home. His residence is in the 100 block of Lark Lane in Farmington, court documents state.

At his home, he provided alcohol to two of the minors, a 13-year-old and a 17-year-old. He asked them into his bedroom and had sex with the two girls he'd given alcohol to, according to court documents.

The third teenager, also a 17-year-old, stayed in the living room while the man had sex with the other girls. Donovan then took all three girls back to the auto parts store and dropped them off, court documents state.

Farmington Police Chief Brian Hubbard said the three girls snuck out of a house around 2 a.m. to meet Donovan. A few hours later the girls returned to a home and one of the parents of the girls called police. The police investigated for three days and arrested Donovan on Wednesday (June 18), officials said.

Donovan was booked into the Washington County Detention Center and faces charges of rape, sexual indecency with a child, endangering the welfare of a minor in the second degree and two counts of contributing to the delinquency of a minor, according to court documents.

Neighbors living on Lark Lane near Donovan said they never suspected something like this would be going on there.

"An old friend of mine who I don't talk to goes over there," Mac Jones said, "I wouldn't think anything suspicious of it, so I was actually really shocked hearing about it."

Nathan Vess lives on the other side of the street and said he wasn't surprised to hear the news.

"I wasn't too shocked to be honest," He said, "With them being a party house, and cars are there 24/7, it was one of those things that wasn't really a surprise to me."

He is being held on a $75,000 bond, according to the Washington County Sheriff's Office website.

Donovan was an hourly employee of the University of Arkansas, working as a service assistant in the parking department, according to a school official. At this time, his employment status with the university is undetermined.