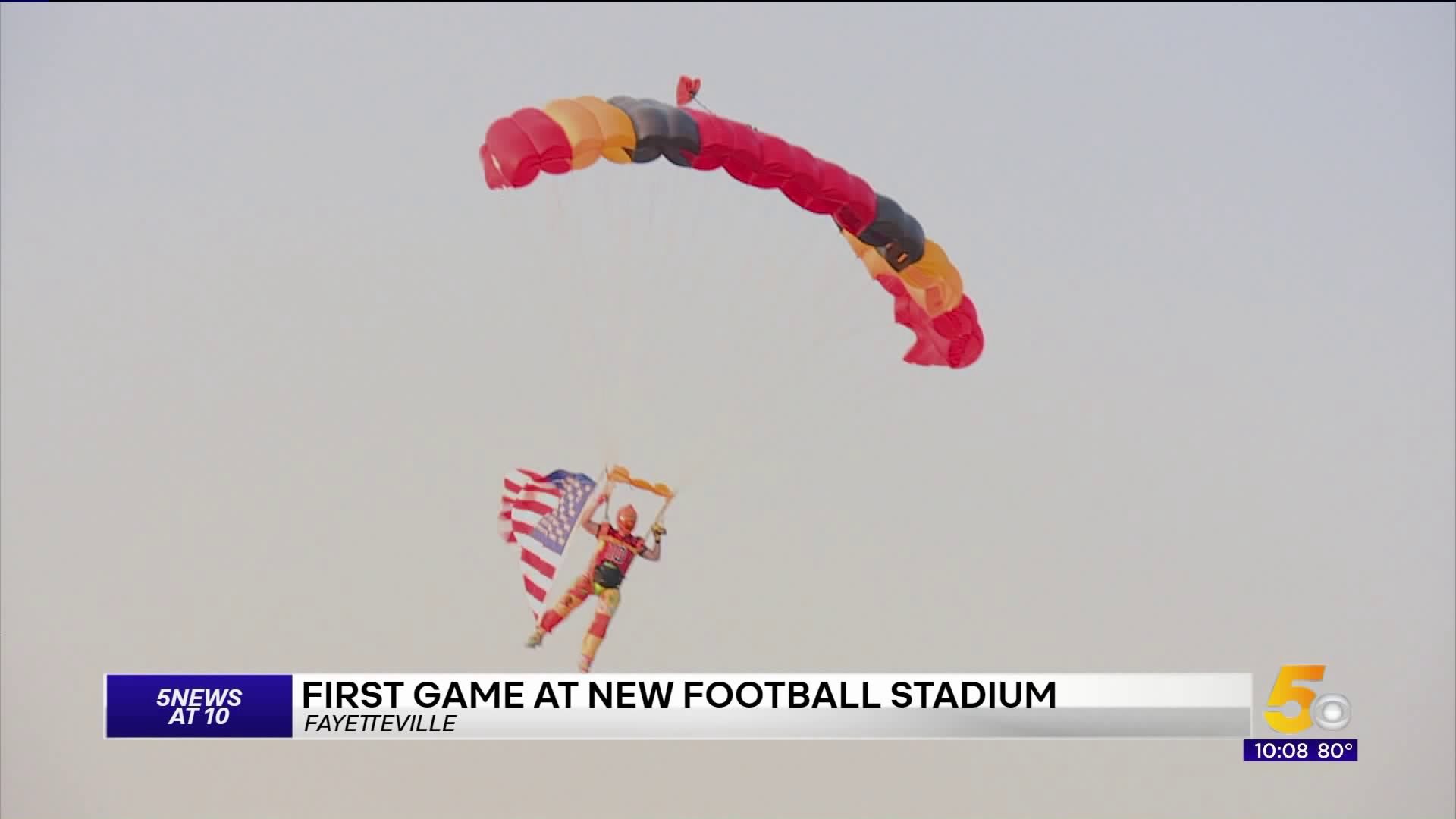 Mitch Church and Joe Caldwell of SkyDive Fayetteville parachuted into Cardinal Stadium with American flags as part of the pre-game ceremony.

"For us to be able to come fly over and do this for the opening game... It's beautiful and gorgeous," Caldwell said.

Church said he has done over 800 jumps, but this one was exciting to be a part of.

"It is a very gorgeous field from up there," Church said.

Cardinal Stadium, packed with fans from both towns for the Battle of Highway 62, is part of a larger sports complex that was completed earlier this summer at a cost of $16 million.

The stadium has a seating capacity of 3,500 but a large patio area in front of the north end zone’s concession stand adds to that number.

Construction Superintendent Bob Archer said the project has been extra special for him because his kids attend Farmington. He says he's already received great feedback from the community.

"I think it will be a great thing for the community. I know that they haven’t had a new stadium in about 50 years and I think it will draw a lot more people to their games," Archer said.

"I think it’s going to attract a lot more families and that’s one of the things we are a very progressive school and I think that from a facility standpoint with our total package we can compete with any of the 7A schools," Blew said.