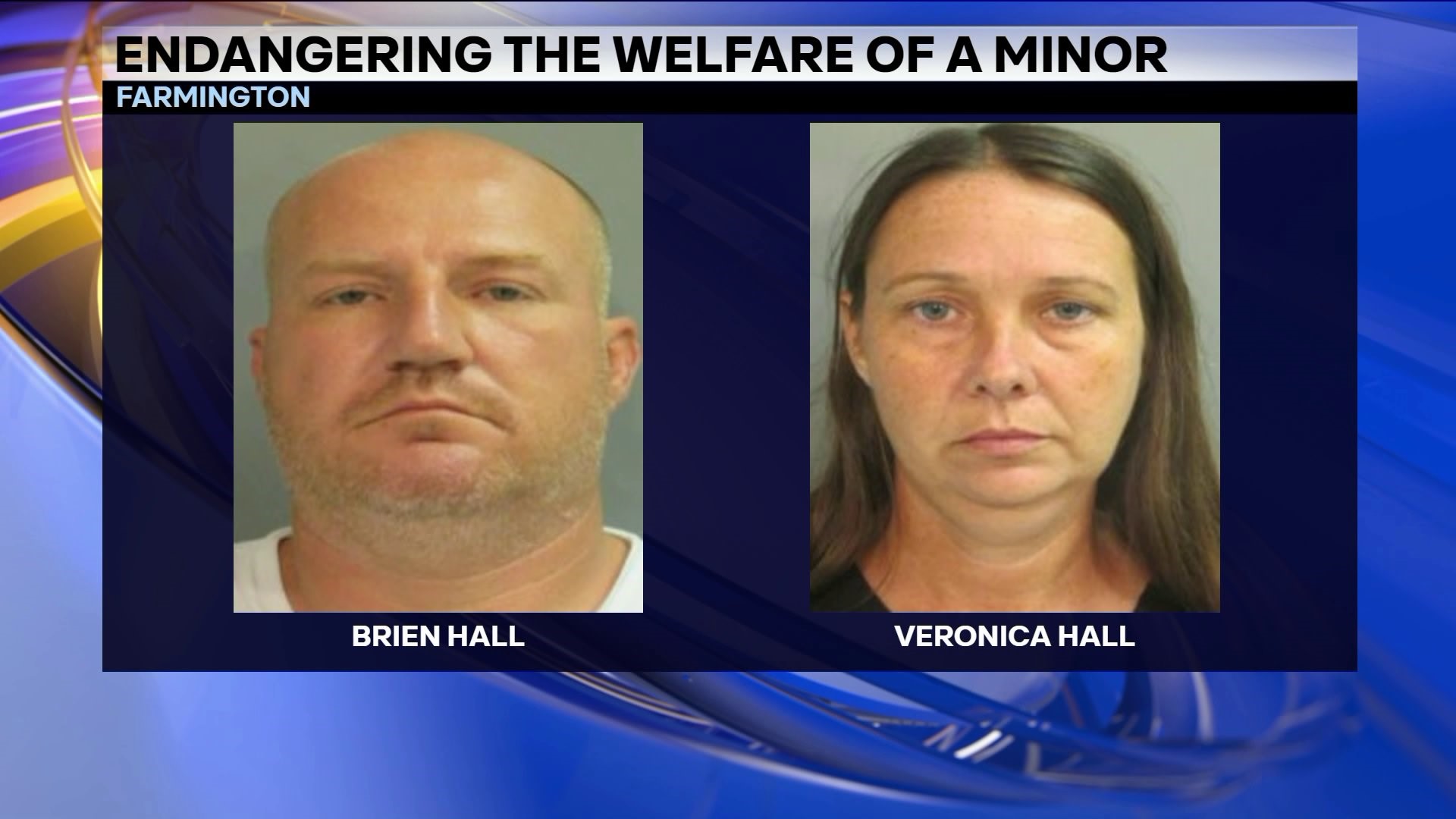 Brien Reed Hall, 40, and Veronica Lynn Hall, 39, were arrested Tuesday (Aug. 27) in connection with first-degree endangering the welfare of a minor -- a Class D felony.

The boy was removed from the home last week after an adoption care specialist said he looked like he was "from a third world country," according to the report.

The specialist also noted the boy was frail, lethargic and asked for food every 10-15 minutes -- which included rummaging through garbage cans.

He also had "visible abdominal bloating signaling malnourishment and a nutrient-deprived diet ... vertebrae in the spine, lack of muscle mass and an extended belly button," according to the report.

At the time of his checkup, the boy weighed about 35 pounds and was 3.5 feet tall, giving him a Body Mass Index of 12.8, according to the report.

His BMI -- a person’s weight divided by their height -- is below the first percentile for boys his age, meaning he is underweight and should see a doctor, according to data from the U.S. Centers for Disease Control and Prevention.

Four days after his removal from the home, the boy was taken to the emergency room at Arkansas Children's Northwest for abdominal pain.

According to doctors, the boy possibly had a bezoar, which is a "buildup of material in the gastrointestinal tract (that) has possibly been acquired by lack of food followed by mass consuming, rendering the body unable to digest the material."

Veronica Hall told police she knew the boys' weight was low but blamed it on his food allergies. Police noted however that an allergist had cleared the boy in January to be able to eat more.

She countered that the boy manipulates adults to get more food, according to the report.

Investigators also learned the boy hadn't been seen by his primary doctor since September 2018, while at least three appointments to see a doctor had been canceled.

Since joining the Halls in March 2018, the boy had lost nine pounds.

Veronica Hall denied allegations that she makes the boy run the stairs in their home as punishment. She said the staircase instead is used for a timeout.

Brien Hall told police his job as a truck driver keeps him away from the kids for long hours. He added that Veronica Hall is a stay-at-home mom and handles a lot of the childcare, according to the report.

Investigators noted that Brien Hall "appeared remorseful" and refused to look at the photos of the child.

Six other children in the home -- some also adopted -- were taken into state custody, according to the report.

Officials with the Arkansas Department of Human Services (DHS) said state law prevented them from answering questions regarding the Halls' other children in the home or whether they'll be barred from fostering in the future.