FARMINGTON, Ark. (KFSM) — A Farmington church has been cited three times for disorderly conduct after neighbors said they were bothered by excessive noise from ... 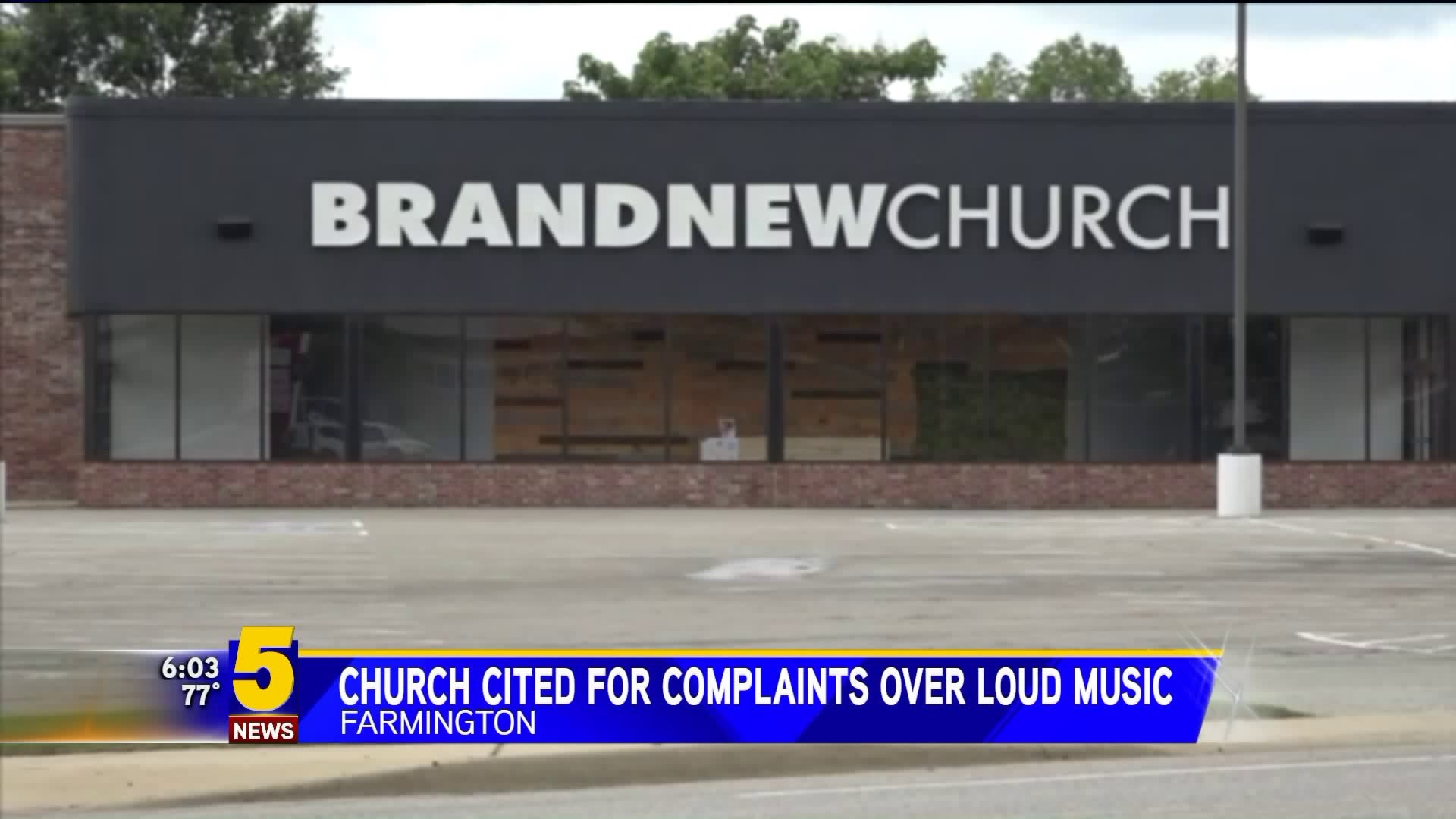 FARMINGTON, Ark. (KFSM) — A Farmington church has been cited three times for disorderly conduct after neighbors said they were bothered by excessive noise from the church's musical service.

In May, officers posted themselves inside Brand New Church on Main Street and a cul-de-sac on Pine Meadow Drive where the complaints originated, to see if they could hear the music.

When the music was no longer audible from the neighborhood, the church agreed not to turn the music up past where police could hear it in the street, according to a police report.

A church official also promised to only play the drums when they were equipped with a mute pad.

On May 26, police returned after neighbors complained about noise issues.

The officer said Pastor Shannon O'Dell told him they had removed a mute pad from the drums, according to the report.

Officers were back the next month when more complaints surfaced. O'Dell said he would do his best to remedy the situation.

However, he added that he might "have an antagonistic situation instead of a positive one," pointing to his lawyer who told him "excessive" doesn't mean one or two people and must affect an entire neighborhood, according to the report.

Police have fielding roughly 30 complaints in total about the church. There is no noise ordinance in Farmington, leaving police to issue the citations for disorderly conduct.

Police stressed the citations are due to complaints about the noise and have nothing to do with the church's religious teachings.

Farmington Mayor Ernie Penn said the council plans to discuss a possible noise ordinance at a meeting on July 8.

O'Dell, who founded the Southern Baptist-affiliated church in Bergman, has expanded it to 2000 members after starting with 31, according to the church's website.

The church has two other campuses, one in Berman and another in Mountain Home.

During a weekend sermon, guests can expect "high-energy worship music" and a "fun, teaching ... energetic environment for your kids," according to the church.