FAYETTEVILLE (KFSM) — The new Jumbotron is sparking lots of excitement for Razorback fans, but right underneath the new screen is active construction. ... 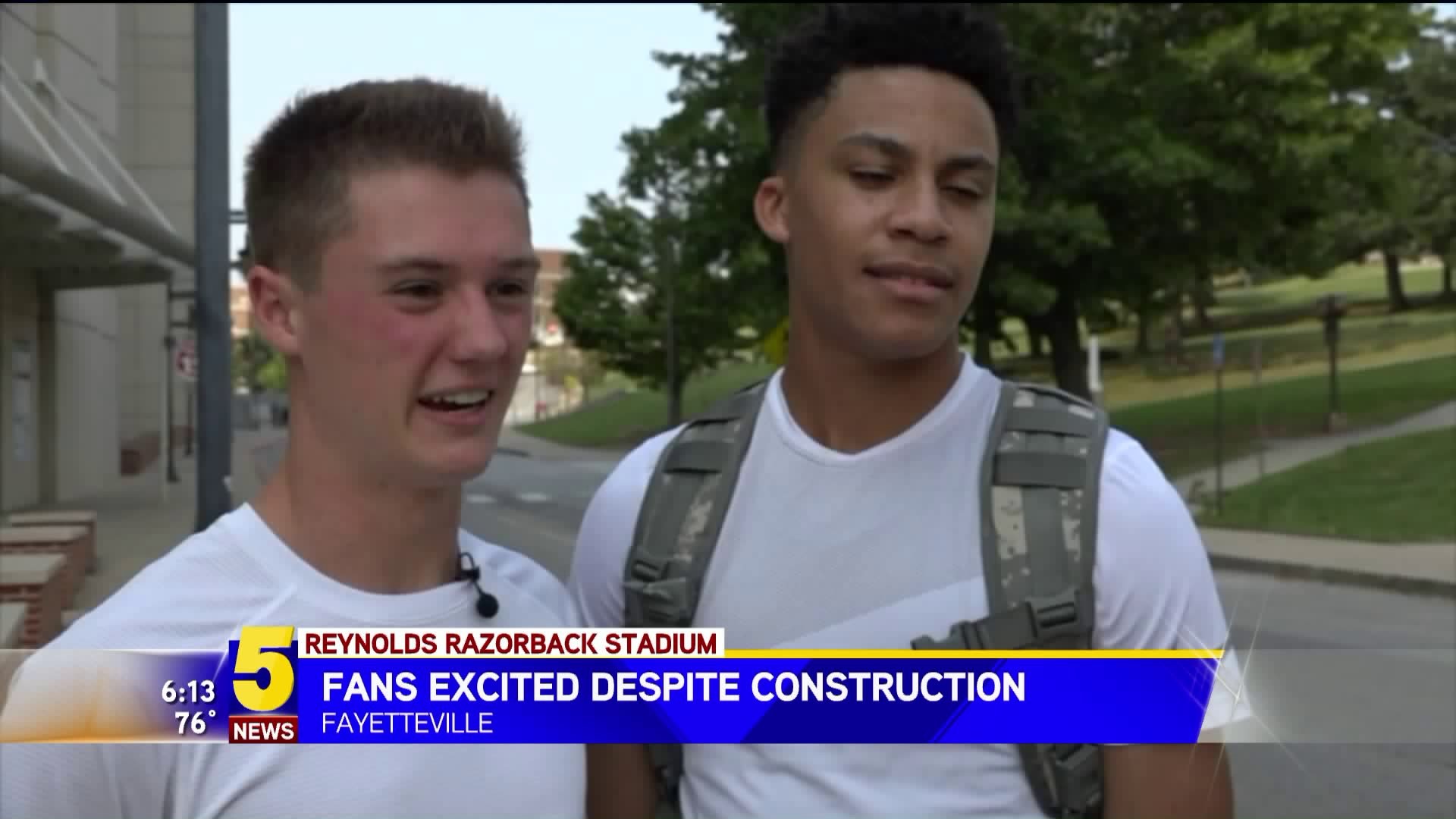 FAYETTEVILLE (KFSM) -- The new Jumbotron is sparking lots of excitement for Razorback fans, but right underneath the new screen is active construction.

"I'm looking forward to the new Jumbotron," freshman Jack Warner said. "I just hope the construction won't get in the way the big game or any kind of excitement."

Despite the active construction site, Warner and his friend Willy Pegues said they were excited to experience their first game as Arkansas Razorbacks.

"That's gonna be really exciting especially just being able to look on both sides of the field." Pegues said. "I think that'll bring a better atmosphere to the games."

Chris Freet, senior associate athletic director said fans can expect the stadium to be louder than ever because of the construction.

"With that north renovation going on right now is gonna be louder in the stadium and no greater opportunity than with a near sell out crowd for TCU to see how loud this place is gonna be because the volume isn't gonna leave the venue it's gonna bounce around," Freet said.

"Certainly it's a short term little inconvenience, but fans get a front row seat to see all the progress," he said.