Family Speaks Out After Man’s Body Found In Vian

VIAN, Okla. (KFSM) — A local family is speaking out after a man’s body was found in Vian over the weekend. Thursday (Sept. 19) the man was identified as 3... 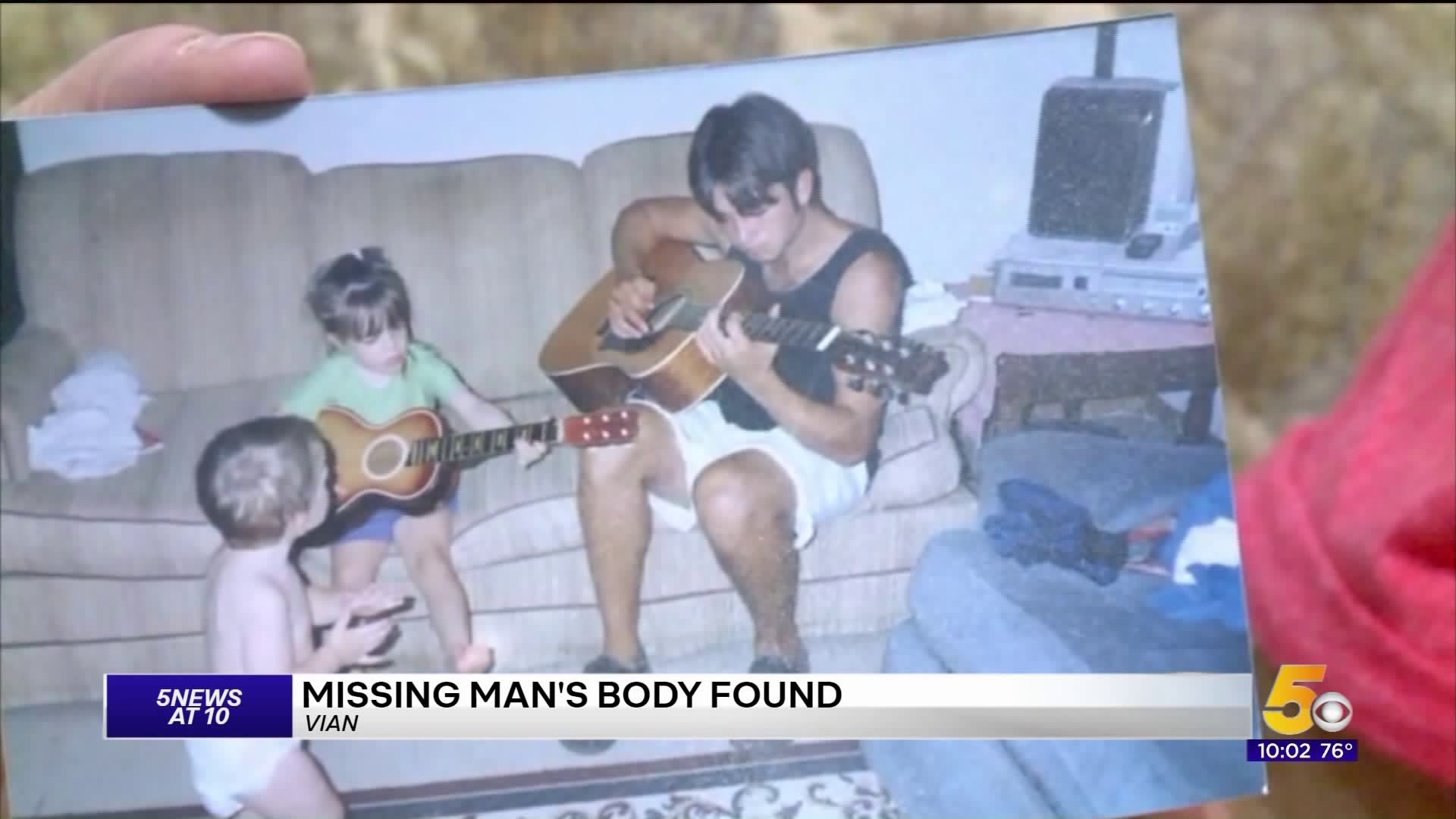 VIAN, Okla. (KFSM) — A local family is speaking out after a man's body was found in Vian over the weekend.

The family of David, who went by DJ, reported him missing on Aug. 31.

His body was found near a creek where his family says he would hang out.

"He was human with lots of problems that needed help and he just did not get the help that he ever needed," said DJ's sister Amanda Johnson.

Two weeks after their brother DJ was reported missing, a family member went down to the creek to look for him.

The family says they begged the court and state for resources to get him help for nearly 20 years, but they got nothing.

"We believe if something was done for help, he might still be here with us today," said DJ's sister Tara.

Now, they want to speak up for other families like theirs. They say they are planning a campaign to get Oklahomans, like their brother, suffering from mental illness more help and resources.

"They’re not bad people, but they’re suffering from something they cannot help. They need that help. We’ve got to do something to better our state and we want to make it better," Tara said.

The family says they are thankful for their community's support throughout this process.

They say they still don't know the cause of death right now but were told he had skull trauma.

The Oklahoma State Bureau of Investigation is now handling the case.