Family Reunited With Dog After Missing For Three Years

ROGERS (KFSM) — A dog that ran away from its Rogers home more than three years ago has been reunited with his owner. Meredith Hanks said she was excited t... 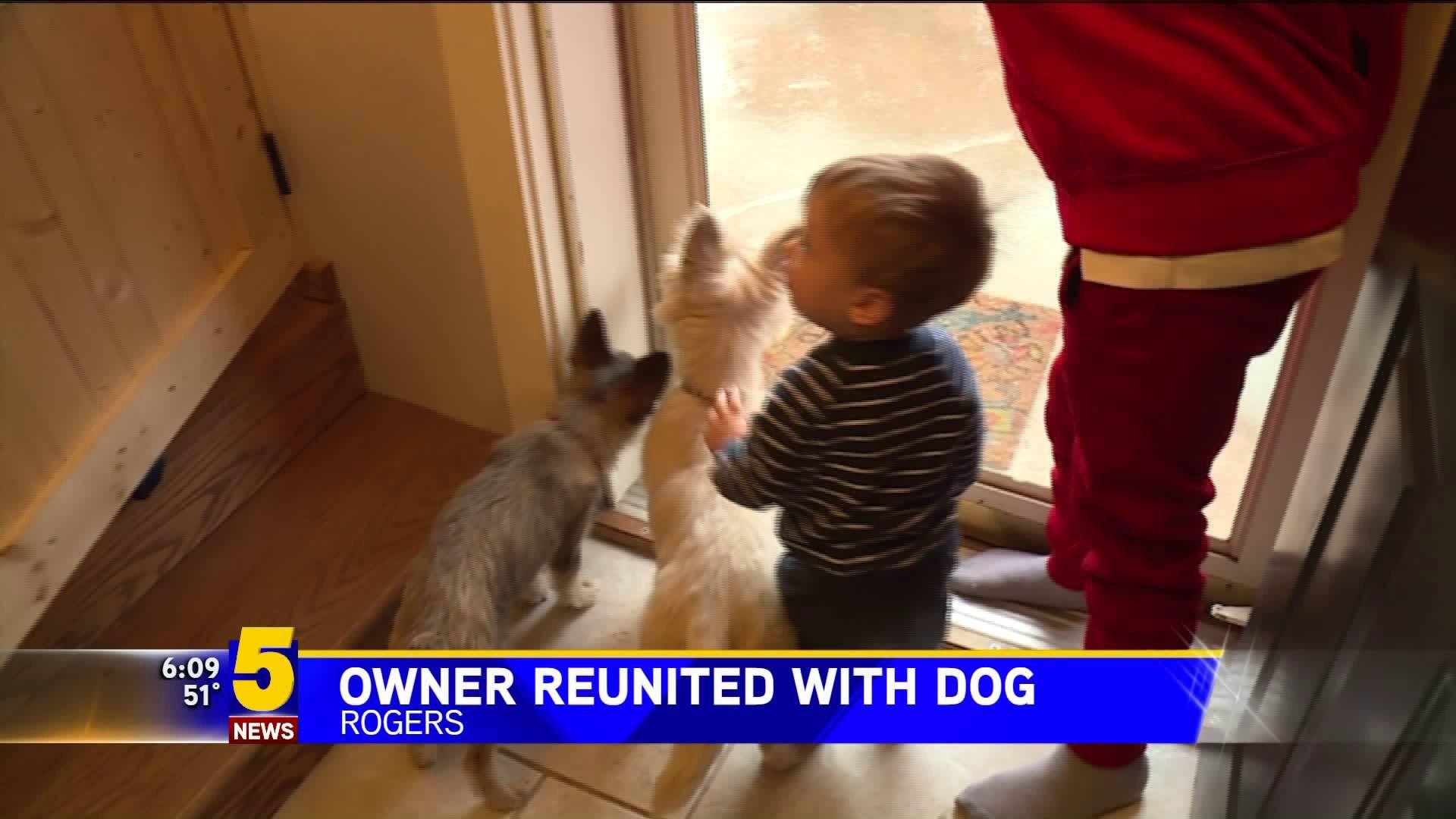 ROGERS (KFSM) -- A dog that ran away from its Rogers home more than three years ago has been reunited with his owner.

Meredith Hanks said she was excited to see her dog Kernel after he was found more than 300 miles away.

“On Wednesday I got a call from the Jonesboro humane society that a dog had turned in and when they scanned his chip it showed he was registered to us,” Hanks said.

So Hanks drove from Rogers to Jonesboro to reunite with Kernel.

“He was kind of an escape artist, so he'd gotten out actually before we had him chipped he'd gotten out a couple of times and then the animal shelter encouraged us to get him chipped. So, thankfully they did that the last time before he got out,” she said.

Hanks said they searched for Kernel consistently for a month and then on and off for the next year, thinking they would never see Kernel again.

Hanks said her family has moved, had another baby and even gotten another dog in the past three years.

“I think it's an adjustment period for all of us. Again, we didn't think we were going to get him back, but we are all really excited, so we're hoping he gets used to the new house and used to the other additions to the family and then it will all kind of settle in,” she said.

The Hanks are now taking extra precautions to make sure neither of their dogs can get away again.