FORT SMITH, Ark. (KFSM) — Loved ones of avid cyclist Jim Krause say they will carry his memory with them each and every day. “We didn’t realize how big hi... 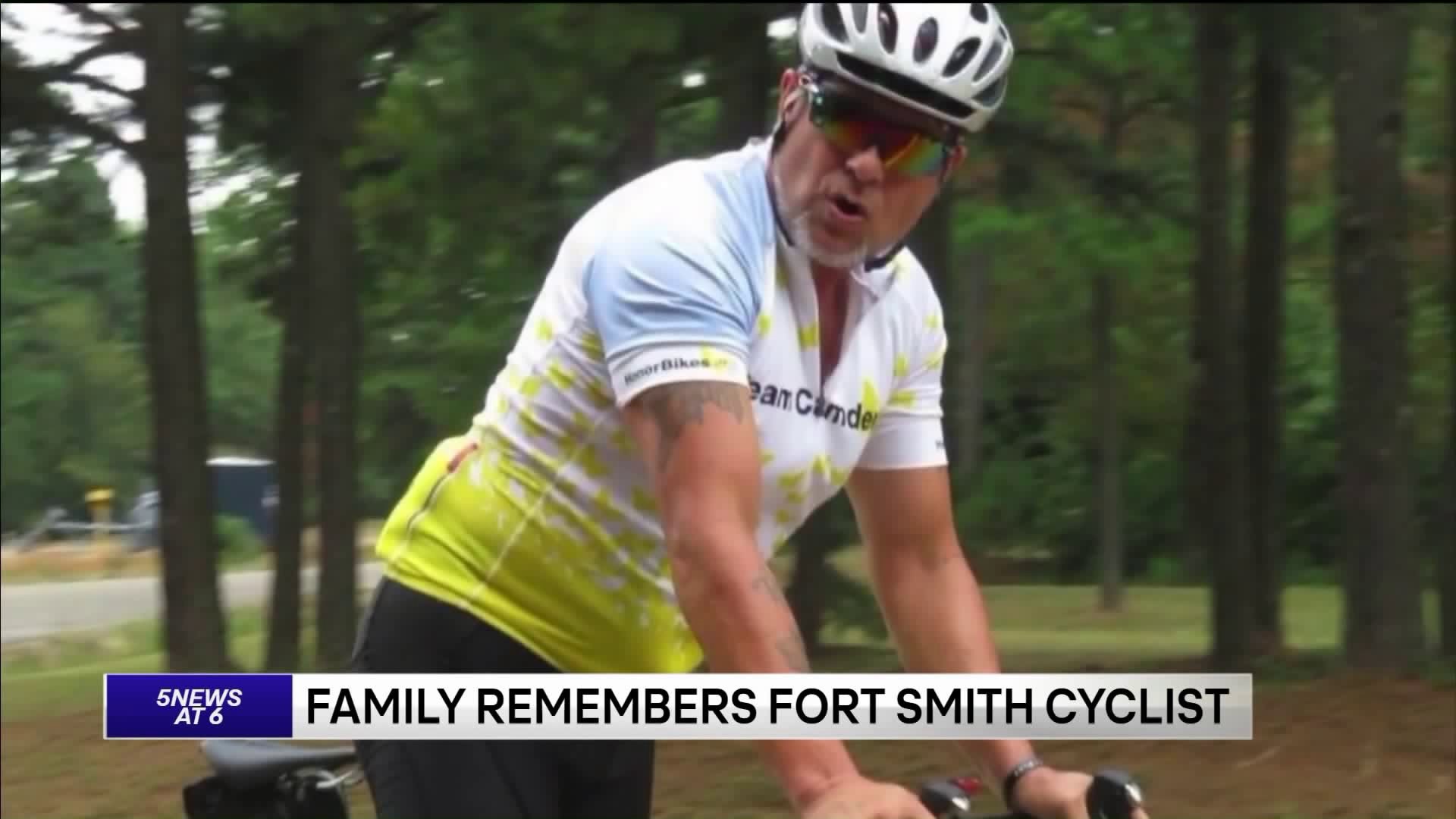 FORT SMITH, Ark. (KFSM) — Loved ones of avid cyclist Jim Krause say they will carry his memory with them each and every day.

"We didn’t realize how big his bubble was of people that remember him and that were touched by him," said Krause's stepdaughter Liz Fowler.

Fowler says Krause was loved by so many and besides riding his bike, going to church and keeping a strong faith was his favorite thing.

"He wasn’t just a Godly man sometimes, or on bad days he was with his faith all the time," Fowler said.

Fowler says even though Krause was her stepfather, to her, he was just dad.

She says she admired his passion for life but most importantly the love he shared with her mother, Courtney.

"Just the love he had for my mom, they are the poster children of what a marriage was supposed to be like," Fowler said.

In the past two months, Krause's family says he had been grieving the loss of his dear friend John Mundell, who also died in a tragic cycling accident.

After Mundell's passing, Krause wrote him a letter and Fowler says she believes what her stepfather wrote in his letters is true; the pair are riding together once again.

"They are both up there, they probably ride every day," Fowler said.

She says she will always remember Krause's caring spirit and ability to be there for others.

One of her last and favorite memories she has with her stepfather was the hill they road in the Big Dam Bridge 100. She says she struggled uphill and Krause had his hand on her back the entire climb, helping her through it.

"That was one of the last memories we had is he made sure I made it up that mountain," Fowler said.

She says she knows he will continue to keep one hand on her back, helping her through life each and every step of the way.

Krause's family says they all plan to get back on their bikes very soon because they know that's precisely what he would want.

A memorial service of Krause will be held at Community Bible Church in Fort Smith Saturday (Oct. 5).