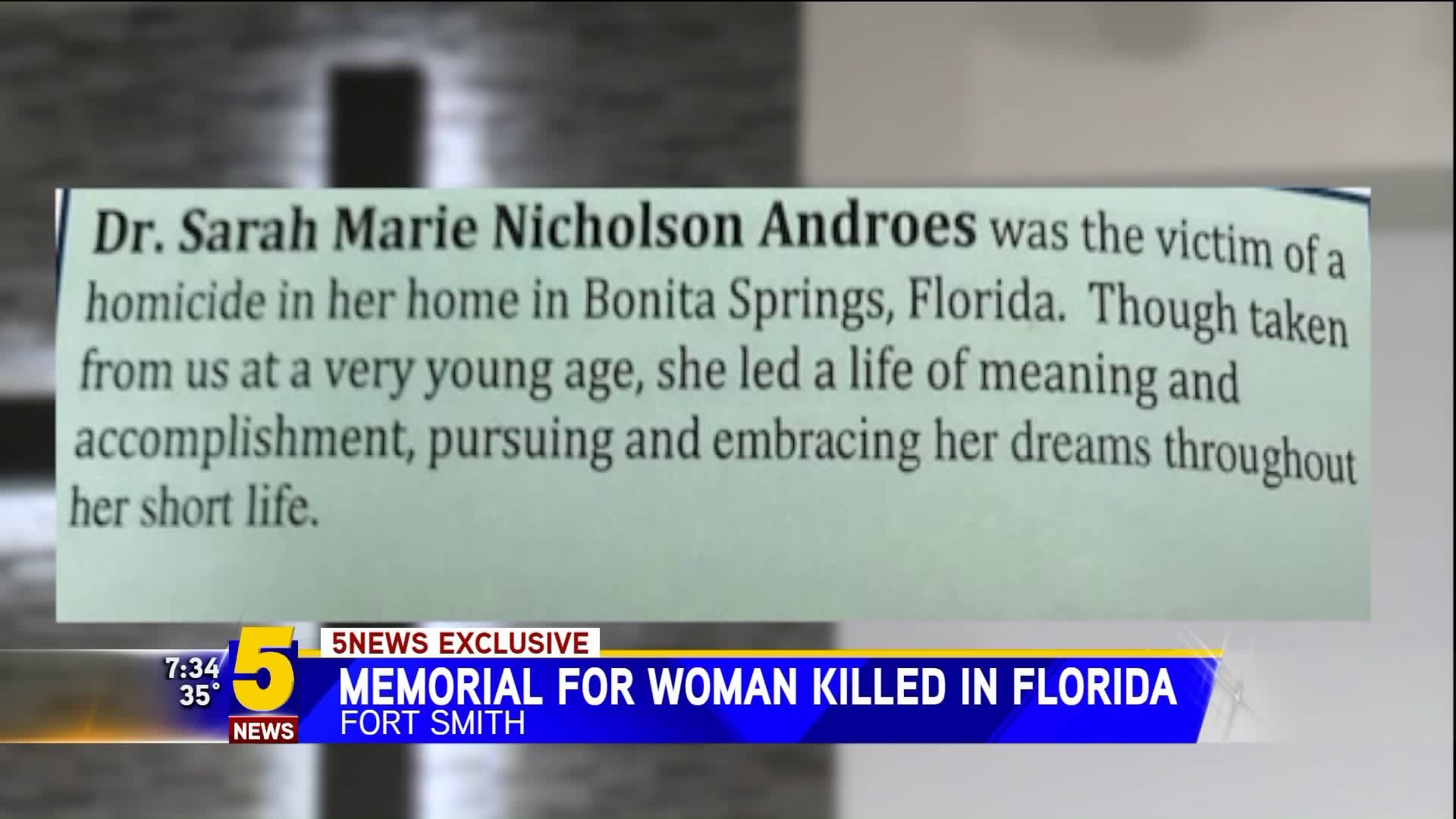 As Debbie Nicholson mourns the loss of her only child, on Saturday (Nov. 18), she made a point to celebrate her daughter's life. Sarah Marie Nicholson-Androes was murdered on Oct. 29 in Bonita Springs, Florida. She was just 34-years-old. First responders made the discovery after putting a fire out at Sarah's home. Her obituary reads, "She was the victim of a homicide after surprising thieves in her home during a robbery. Though taken from us at a very young age, she led a life of meaning and accomplishment." So far, no arrests have been made in her case.

"When you go to the door, and a policeman is knocking on the door, that's never good news," Debbie Nicholson said.

Sarah is survived by her parents and her husband Zachary Androes. Her father David Nicholson came down with the flu and couldn't make the service.

"David's and my biggest fear was that when we left this earth, what were we gonna do about Sarah Marie," Debbie Nicholson said. "She'd be left alone. Well we don't have to worry anymore."

Sarah was an entrepreneur, philanthropist and world traveler. Her family and friends said she lived life to the fullest.

"She loved everybody," David Gilbert said. "If she saw someone that needed something and she had it, it was their's."

Gilbert and Jami Patel came up to Arkansas from Florida for the service at Rye Hill Baptist Church.

"She was like a sister to me," Patel said. "She was one of my best friends, so it wasn't a question whether I came up here to put her to rest."

"Everybody who's talked here today recognizes that smile," Price said. "It kind of started out as coy or shy but then it became a full toothed smile.

Nicholson also had a love for Scotland and her Scottish heritage. She studied broadcast journalism at the University of Arkansas, earned a master's degree in literature and her doctorate in education leadership.