FORT SMITH (KFSM) — Some residents in Fort Smith are tired of their cars being broken into and now, one man is posting his surveillance videos to Facebook... 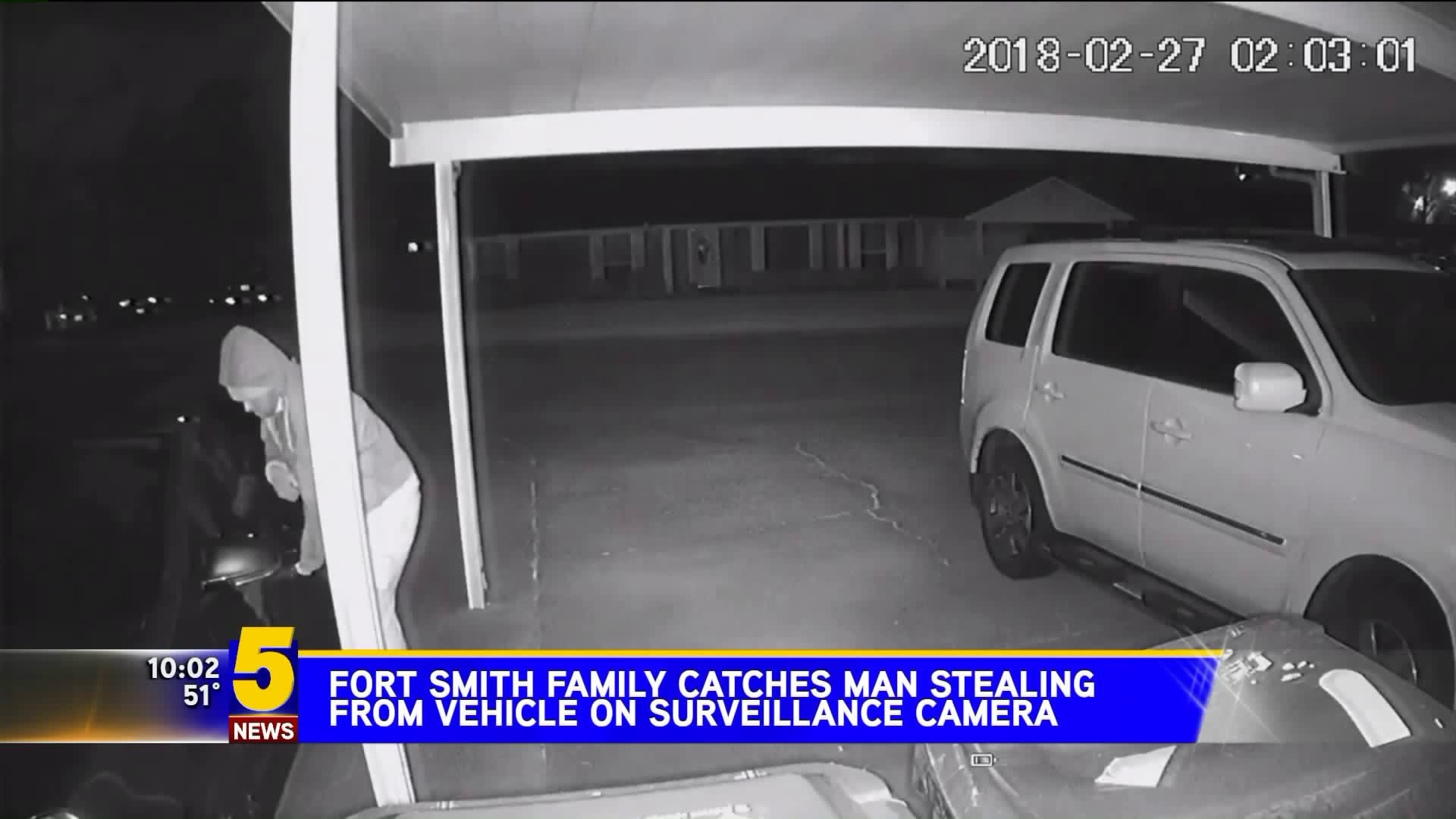 FORT SMITH (KFSM) -- Some residents in Fort Smith are tired of their cars being broken into and now, one man is posting his surveillance videos to Facebook hoping to find the latest thief.

The Hayes live on South 71st Street and said their cars have been broken into six times recently. The family said they're fed up and ready to catch the suspect.

A tug of a car door is all it took for a man to steal from the Hayes's.

"It`s extremely frustrating, because it takes away your sense of security in the place you`re supposed to feel most at home most secure," Jana Hayes said.

The most recent break-in happened this week. Surveillance video from that instance shows the suspect show up at the Hayes's home, walk up the driveway and break-into their car.

"You can see his silhouette come up, sneak up to our car, him get into my unlocked car and he was in there for five minutes going through my car," Gary Hayes said. "Then he tries my wife`s car which was locked and then he goes away."

The man reportedly tried to break-in to other cars in the neighborhood, but those were locked.

Hayes said this time the man only took sunglasses and some change, but other times, valuable things were taken.

"One about a month ago, they had stole stuff out of my wife`s car," Gary Hayes said. "They`ve broken out windows, jimmied locks, it`s been a big nuisance."

Hayes posted the video on Facebook and it now has more than 1,000 shared from people hoping to catch the man in the video.

"The security cameras help, but he looked right at it when he came up to my car and it didn`t deter him," Gary Hayes said.

But Hayes did notice one thing after watching the security camera video. The man favored his right arm during the break-in.

"His arm was hurt. His right arm. So, maybe that will help identify him,"  Gary Hayes said.

Now this family and their neighbors are fed up and said it's time these people are caught.

"We`re tired of it," Jana Hayes said. "We don`t want it happening anymore. We`re starting to protect ourselves. We`re calling the police (and) we`re putting you (the suspect) out there on social media. Someone is going to know you. Someone is going to find you and you're going to have to pay for this.

Anyone with information is encouraged to call police or River Valley Crime Stoppers at 78-CRIME.