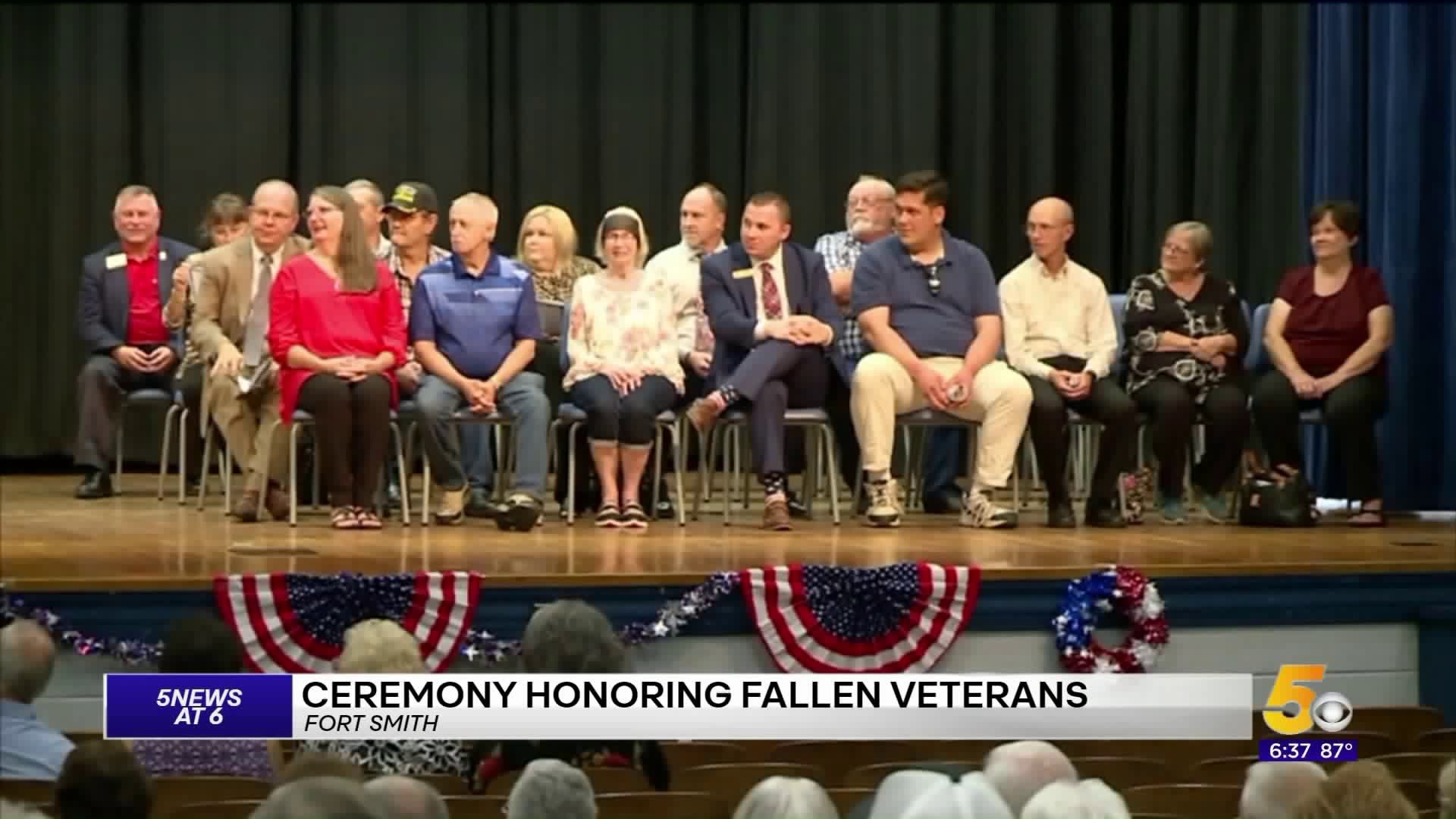 FORT SMITH, Ark. (KFSM) -- A Formal Military Ceremony was held today (Sept. 28) in Fort Smith, honoring fallen veterans of the Vietnam war and their families for their sacrifices.

60 Veterans were honored today.  Families were given pictures of their veteran in honor of the loved one lost at war.

"Served the same country all our veterans served and if it were not for all of the veterans, even the Vietnam veterans, we wouldn't have the free country we have, we wouldn't be standing here with the freedom to say what we think and what we feel." Said Jane Bristow, a sister of the first Arkansan to die in the Vietnam War.

The ceremony was originally planned to be held at the VFW Post, but due to the large number of people that showed up, it was moved to Ramsey Jr. High.

The group Fallen Arkansas Veterans of the Vietnam War (FAVVW) spent months tracking down family members to invite them to this event. Our 5NEWS Evening Anchor Daren Bobb Emceed the event and paid tribute to the fallen veterans along with many others who joined at the event.