FAYETTEVILLE (KFSM)– As the Bradford Pear Tree begins to bloom, one expert said the plant is not what it seems. Gerald Klingaman, the operations director ... 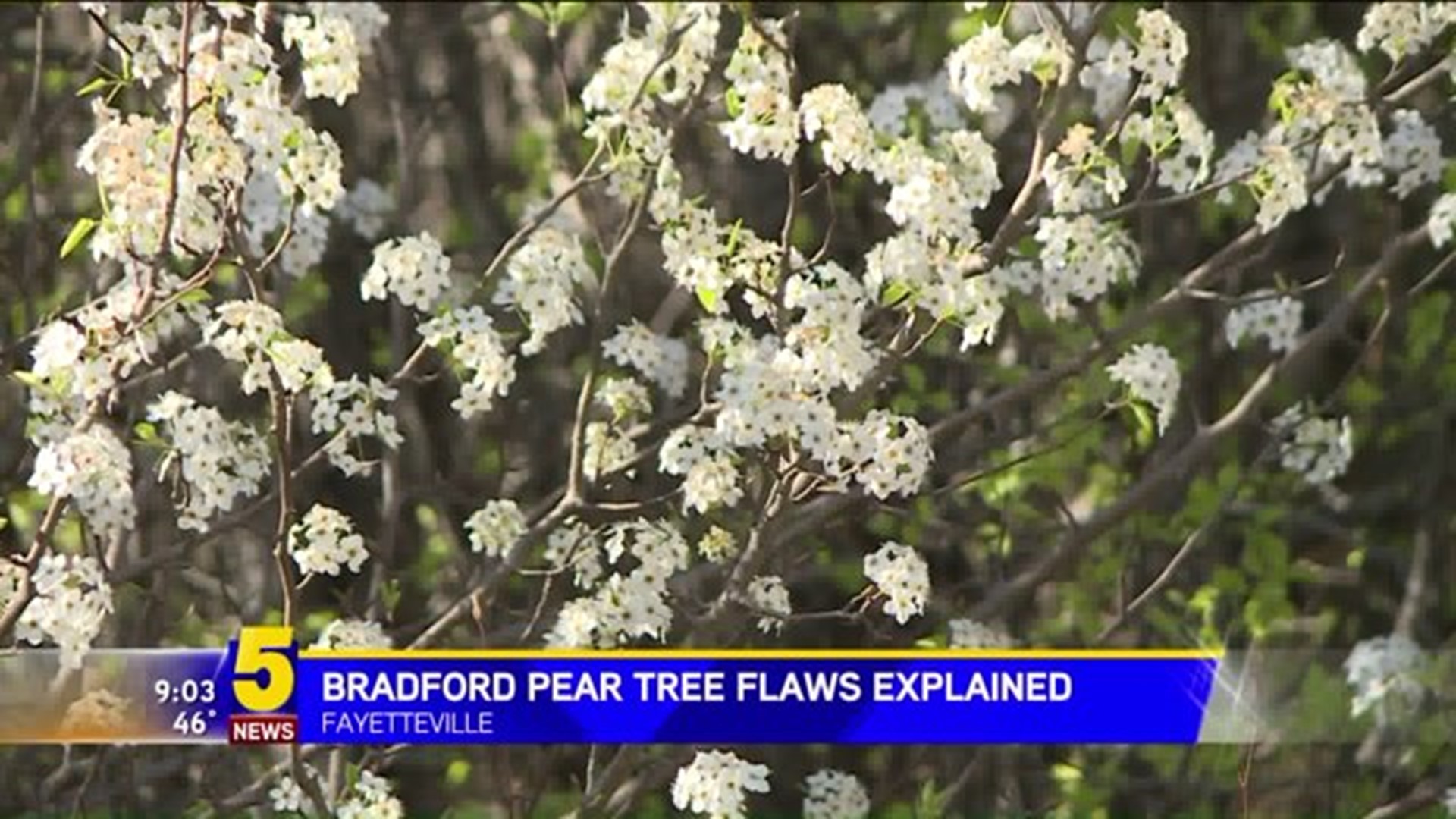 FAYETTEVILLE (KFSM)-- As the Bradford Pear Tree begins to bloom, one expert said the plant is not what it seems.

Gerald Klingaman, the operations director at the Botanical Garden of the Ozarks explained the tree has two major flaws.

He said the first issue is the tree reseeds in the wild.

Klingaman said the seeds are carried away and spread all throughout the wild.

“The second flaw was that it was a very fast growing tree, a beautiful symmetrical tree but it produced it’s symmetry by producing lots of branches," Klingaman said. "The branches would break off during a wind storm or an ice storm.”

While Klingaman said the branch issue could be managed, the reseeding could not.

He explained the tree first came from South China and gained popularity in nursery sales around 1994.

Some in Northwest Arkansas who have this plant in their yard told 5NEWS they did not like the tree in their yard.

They said it was messy, other things did not grow around it and they had a hard time keeping it trimmed down.

The home owners said they trimmed the branches down to the trunk but a year later they grew about ten feet.