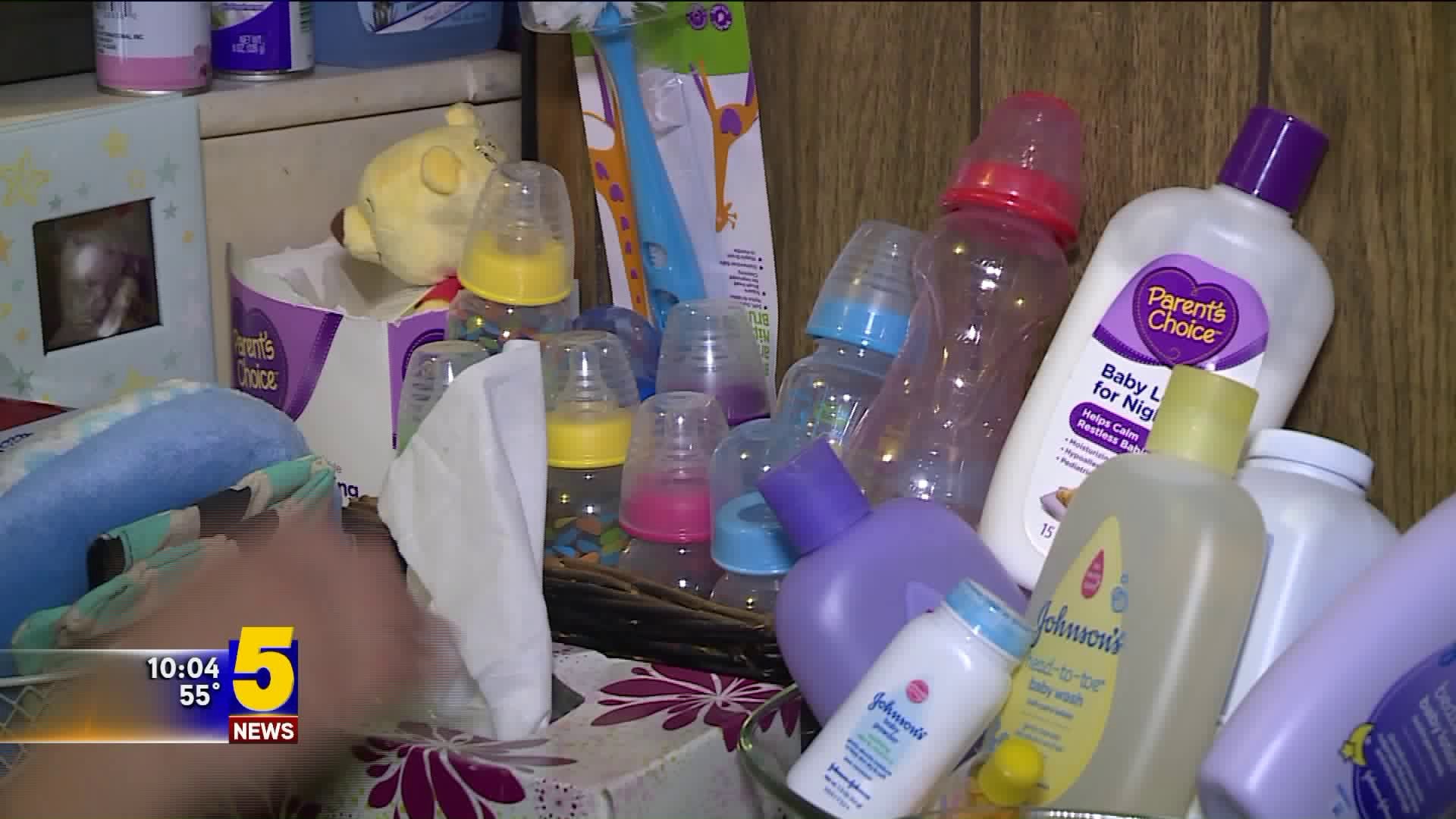 When the Mountainburg tornado hit Friday (April 13), four people ended up in the hospital. One of them was an expecting mother who'd gone into labor. Krysten Crain almost had her baby on Friday the 13th.

The bottles are washed. The blankets are folded. The baby book is ready to be filled out. Now the only thing missing is little Jerry Junior.

"It was a weird day. Nothing happened as expected," said Krysten Crain, expecting mother.

He almost came into this world after a tornado nearly hit his family's home.

"My husband was right outside the door. And the tornado - you could see it in the back field. And all he could say was, get in, get in!" explained Crain.

Krysten and Jerry Crain made sure everyone was safe as the storm moved through.

"At that moment, I really wasn't too concerned for myself. I was concerned about the kids," Crain said.

The twister missed their house, only breaking a window and knocking down some trees. The glass cut one of their girl's hands. So after they got it taken care of, the couple dropped their kids off with Grandma to go out and help others in more need.

"The only reason I went with him in the pouring rain is because no phone and I'm having contractions. So I think it's pretty smart to go on down there and to follow behind where there's going to be help," Crain said.

"The superintendent of the Mountainburg Elementary, she just kind of grabbed me and snatched me up and got me help," Crain said.

Paramedics eventually got the 28-year-old out of town, driving right past her mother-in-law.

"I've got a daughter-in-law that is pregnant. I need to get to her. And that ambulance went by. And I said, that was probably her!" exclaimed Patricia Adams, Krysten's mother-in-law.

Krysten spent the night at the hospital to make sure everything was okay.

"They give me fluids to stop the labor. In the morning, everything's fine so they send me on home," Crain said.

Now it's just a waiting game. Baby Jerry is still growing while Krysten recovers from being sick. If all goes according to plan, he'll be born via C-section next Friday (April 27).  A smooth ending to a rough last few weeks in utero.

"It could have been horrible. You know? But even though people went through loss, we have really gained a lot since then," Crain said.

Krysten says she's ready to have this baby and that little J.J. will make their family complete. She and Jerry each have a 10-year-old girl and a 9-year-old boy, so this child together will make them a family of seven. And she says she really wants to say thank you to everyone who helped keep her safe.