Puppy Dies After Being Shot By Arrow

CRAWFORD COUNTY, Ark. (KFSM) — Daisy was put down after being shot through the head with an arrow on Saturday (Oct. 27). Now two sisters are sharing this ... 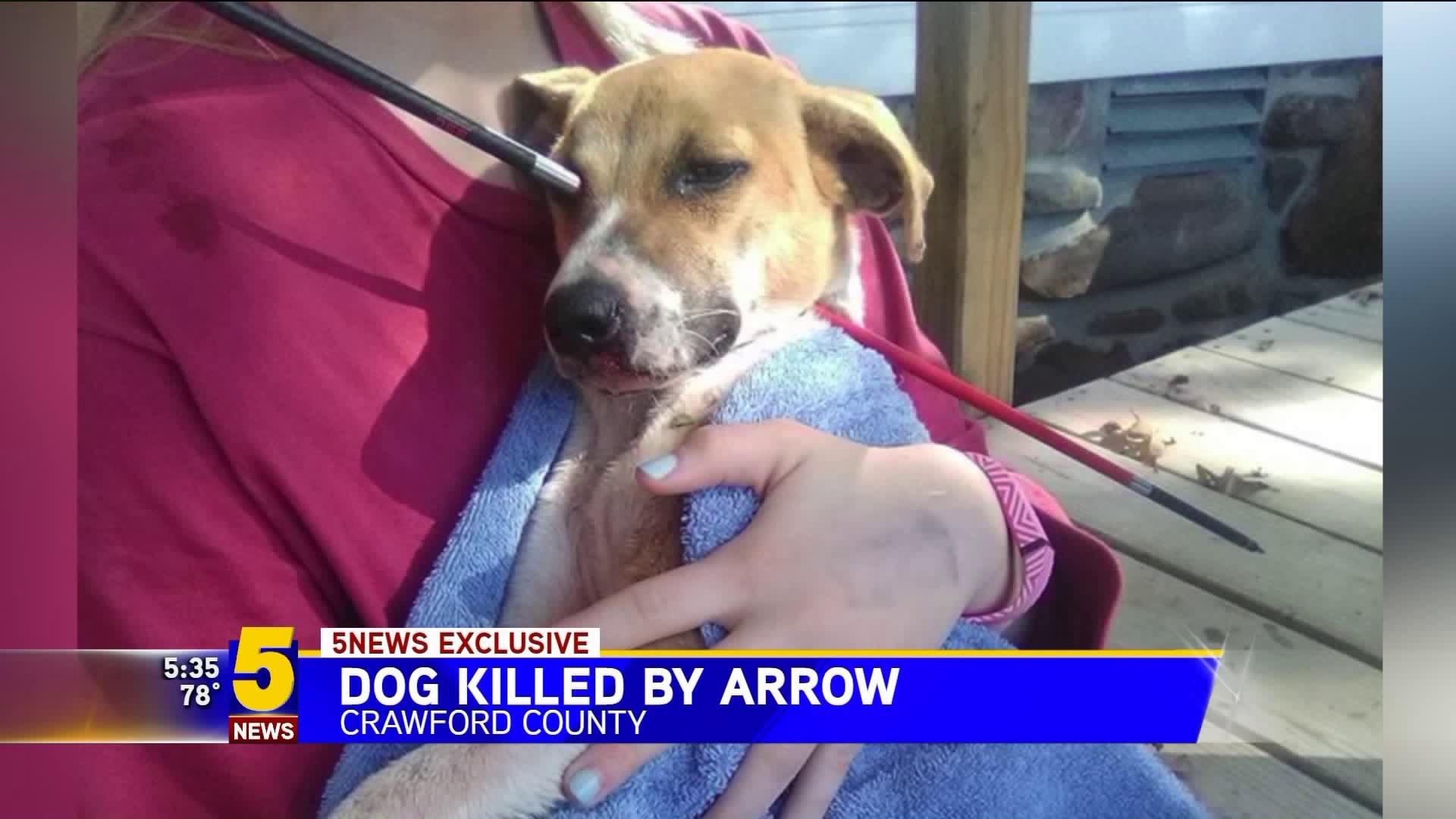 CRAWFORD COUNTY, Ark. (KFSM) -- Daisy was put down after being shot through the head with an arrow on Saturday (Oct. 27).

Now two sisters are sharing this story exclusively with 5NEWS in hopes of finding those who are responsible for injuring their 8-month-old puppy.

**We do want to warn you that portions of the video are disturbing.**

Shanda and Allison Harris said Daisy, a mix breed dog,  was found lying on the side of a road in northern rural Crawford County.

They said she was barely alive and in pain.  The arrow was shot through the top of her head and the rest of the arrow was sticking out the side of her neck.

They carried Daisy back home and said they had no other choice but to put her down.

They called the Crawford County Sheriffs Department immediately and now an investigation is underway to find out who did this.

Shanda and Allison said, "She [Daisy] was scared she could barley move."

They added, "don't leave your animals outside by themselves because you can't trust nobody these days."

Crawford County investigators have the arrow and say from that they are trying to develop suspects.

This happened near the Union Town area off Webber Creek Road .

The picture of the puppy has been shared on social media hundreds of times  -- with many outraged.

Police say those responsible could be looking at a felony charge.