EUREKA SPRINGS (KFSM) — A firefighter remains in critical condition after sustaining respiratory injuries in a fire Saturday (August 29). Rod Wasson has b... 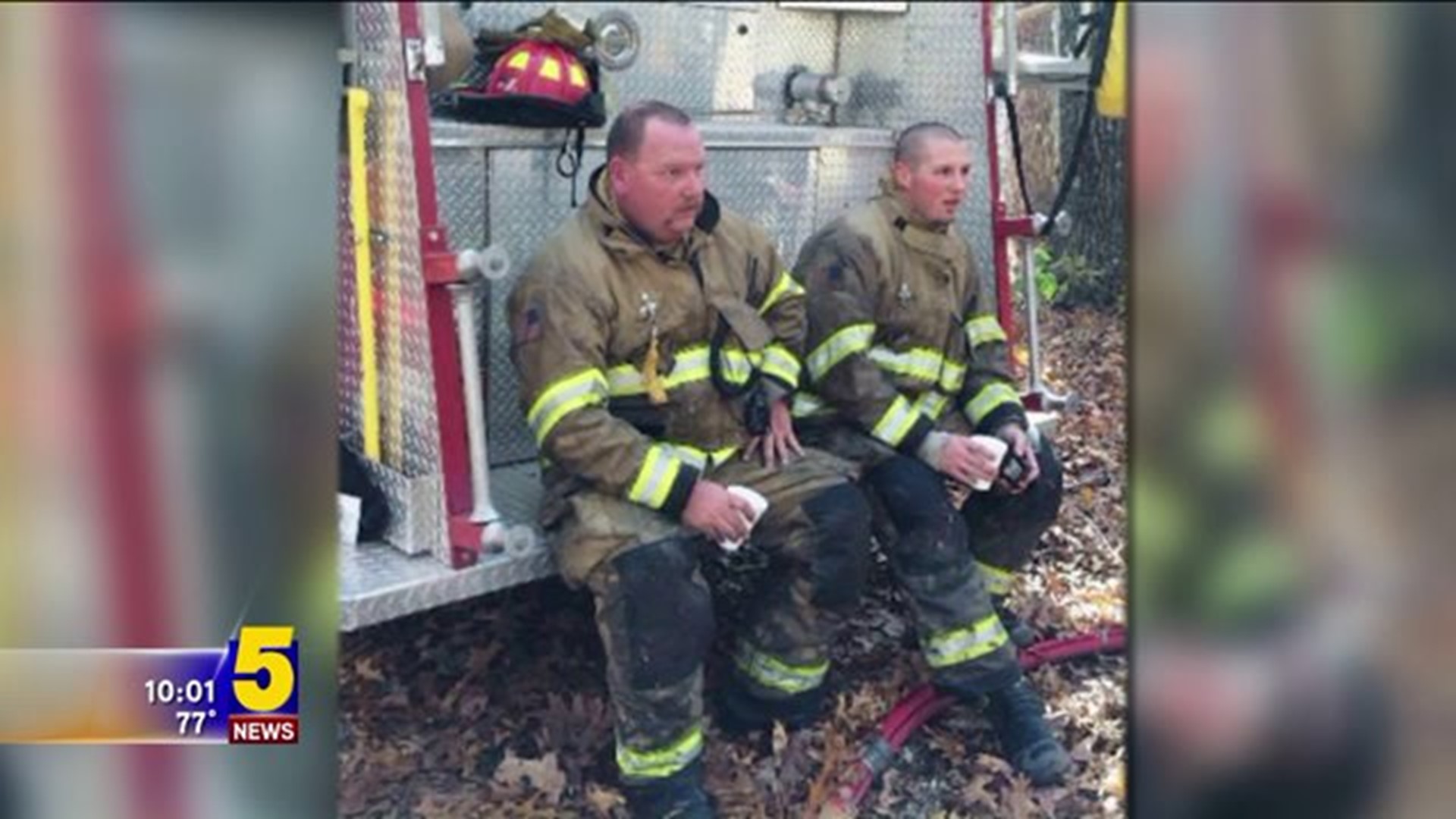 Rod Wasson has been sedated and is on a ventilator in the burn unit of Mercy Medical Center in Springfield, Mo., according to Eureka Springs Fire Chief Randy Ates.

Wasson has responded to touch and his voice is aware when his family is in the room, according to Ates. He will remain in critical care for three more days barring any unforseen issues.

An investigation is underway after Wasson was seriously injured while fighting a mobile home fire in Eureka Springs.

Ates stated in a news release, a team of two firefighters entered through the front door of a burning mobile home on Grand Avenue. They reported heavy black smoke and no visibility. About six feet inside the trailer, the crew encountered a partially closed interior door, according to Ates. He said the details are unclear at this time, but around that moment, Firefighter Rod Wasson's air pack regulator was knocked loose from his face mask.

Firefighter Josh Beyler removed Wasson from the smoke filled trailer house, according to the fire chief.

Beyler was taken to Eureka Springs Hospital, and was treated and released for smoke inhalation.

A GoFundMe account has been set up to help cover his family's travel and lodging costs as they're visiting him in the hospital.  Donations are also being accepted at Eureka Springs Fire & EMS Station #1 at 144 E. Van Buren Avenue (in Eureka Springs).

Meanwhile, the local fire marshal and Arkansas State Police are investigating the cause of the fire.