EUREKA SPRINGS (KFSM) – A state law passed by the Arkansas legislature in February could make the anti-discrimination ordinance in Eureka Springs invalid,... 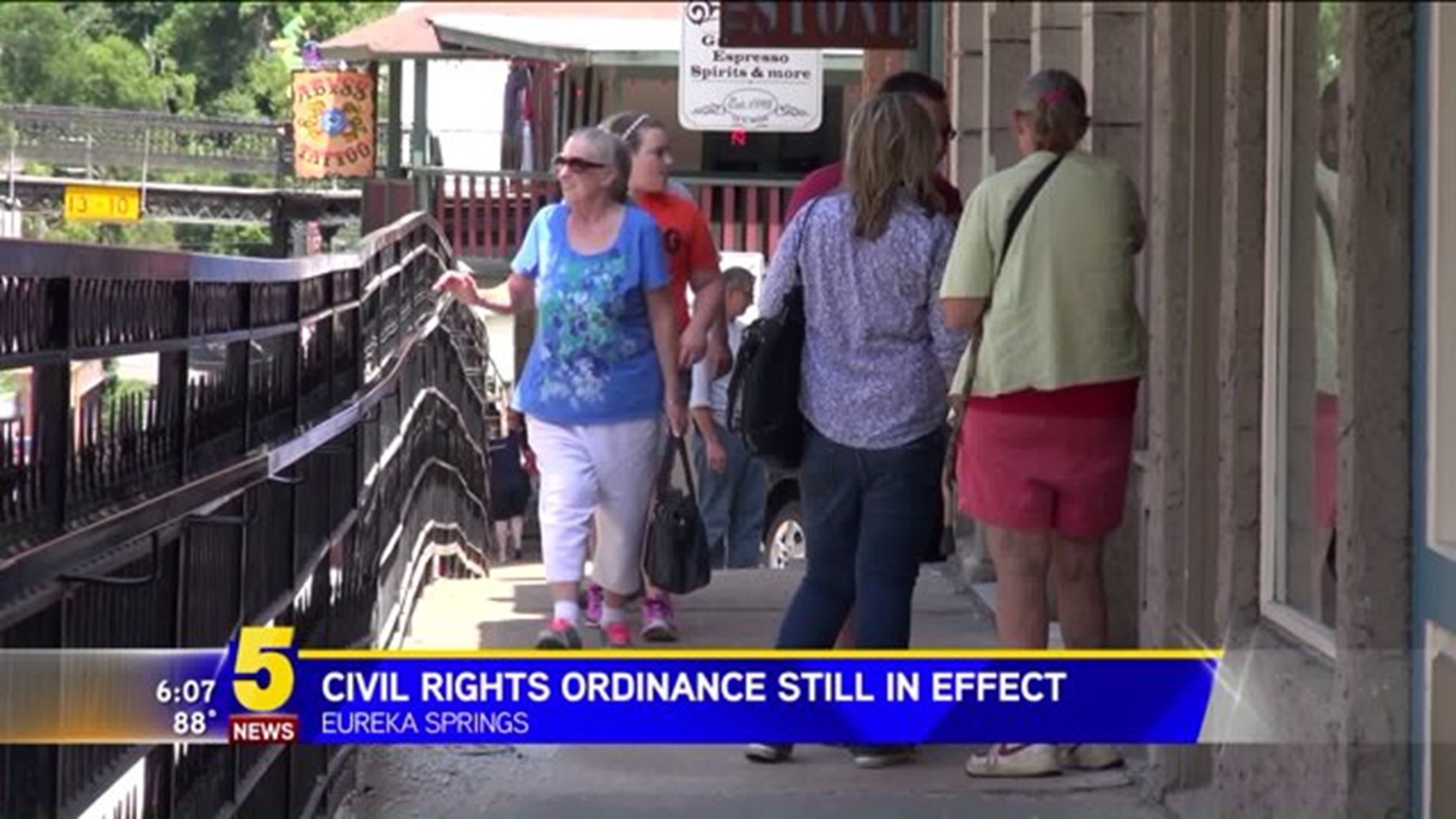 EUREKA SPRINGS (KFSM) - A state law passed by the Arkansas legislature in February could make the anti-discrimination ordinance in Eureka Springs invalid, but the mayor said they are keeping the ordinance in place.

"We want our ordinance to still be in effect for the same reason we passed it, so we can ensure that there is no discrimination against anyone," Berry said.

The mayor said since the ordinance was upheld by voters in May, the City Council has made some changes. to it He said they took out the word "socioeconomic" and a clause about age, but the biggest change had to do with nonresidents.

"Not only the residents in Eureka Springs, but the visitors to Eureka Springs will not be discriminated against based on their sexual preference," Berry said.

The Intrastate Commerce Act went into effect July 22 and Hester believes the Eureka Springs anti-discrimination ordinance should not be valid.

"There is no question that it is null and void," he said. "It is a symbolic gesture by the city of Eureka Springs. I think there's little doubt they would enforce it on someone."

Hester said the law passed with a super majority in the legislature.

Eureka Spring's ordinance also made national news Wednesday night (July 29), after "The Daily Show" ran a segment on it. To see it, click here.