Erickson Dimas-Martinez pleaded guilty Friday in Benton County Circuit Court to capital murder and aggravated robbery in the 2006 death of a Centerton teenager,... 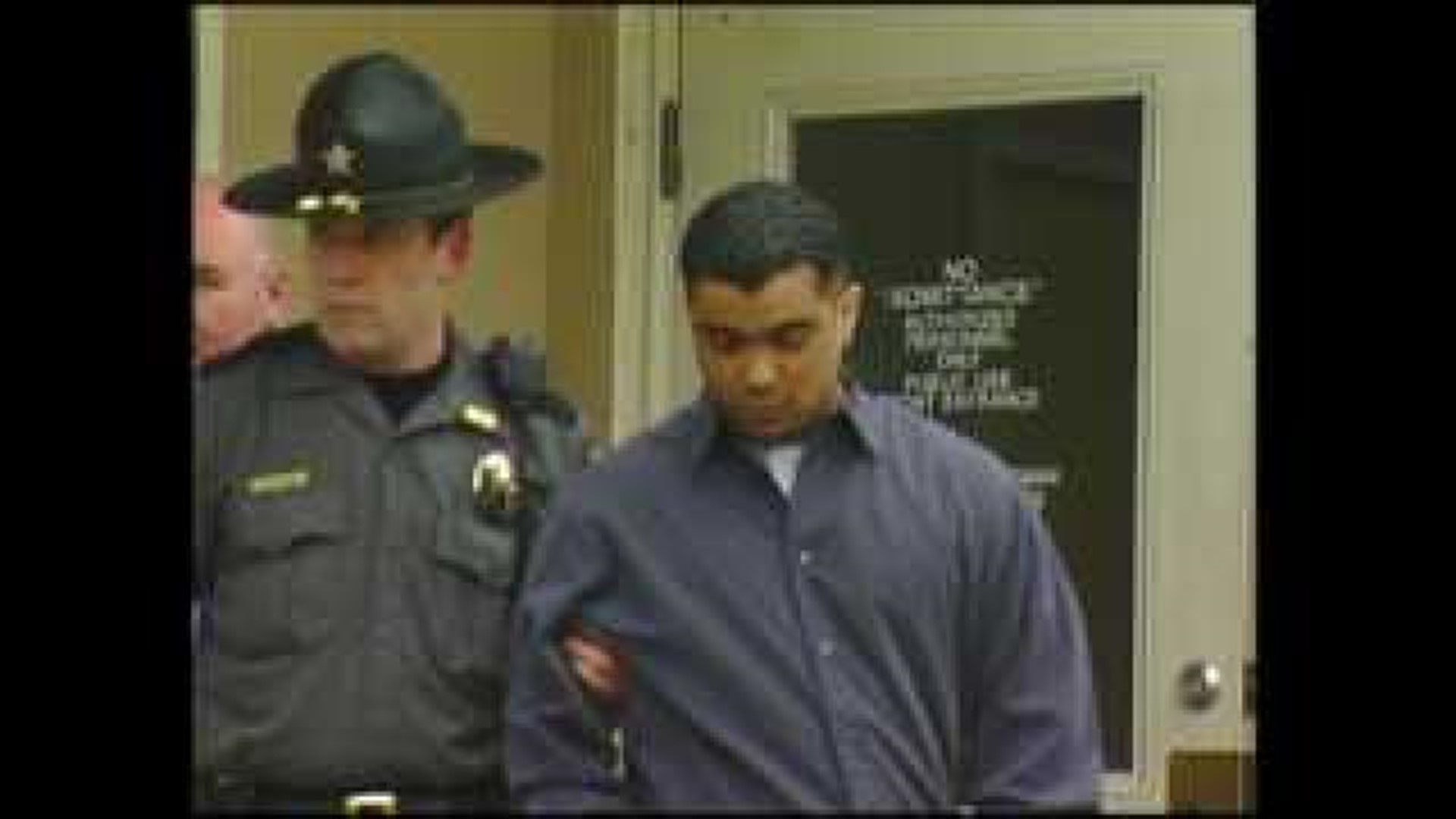 Erickson Dimas-Martinez pleaded guilty Friday in Benton County Circuit Court to capital murder and aggravated robbery in the 2006 death of a Centerton teenager, receiving life without parole in the Arkansas Department of Correction.

The family of the murder victim, Derrick Jefferson, 17, wanted a conclusion to the case and wanted to hear a guilty plea from Dimas-Martinez, said Van Stone, Benton County prosecuting attorney. He said Jefferson's grandmother has suffered from health problems and wanted the case resolved.

Friday's plea allows Dimas-Martinez to avoid the death penalty and receive life in prison without parole, instead.

"It's a good outcome to what was a difficult case for the family," Stone said. "If they are satisfied, we are satisfied."

The Arkansas Supreme Court tossed out the 27-year-old illegal immigrant's 2010 murder conviction, ruling that Dimas-Martinez deserved a new trial because one juror slept and another tweeted during his first trial in circuit court.

Dimas-Martinez's attorneys had appealed the capital murder conviction because a juror sent tweets on the Twitter social media site despite the judge's instruction not to post on the Internet or communicate with anyone about the case. The lawyers also said that another juror slept.

Friday's guilty plea means Dimas-Martinez will be imprisoned in Arkansas for life, either at the Cummins or Tucker units, and cannot be released from prison even for medical reasons, Stone said.

Dimas-Martinez, an illegal immigrant from El Salvador, had been in the United States on a worker's permit that was valid through July 2007, according to an arrest affidavit and statements from officials. He had been in California for three years before moving to Springdale and taking a job at Cargill, the affidavit states.

In California he apparently was convicted of drunken driving and of taking a vehicle without the owner's permission, the affidavit states.

According to the plea agreement, Dimas-Martinez admitted that he robbed Jefferson of money and personal items at gunpoint and murdered him by shooting him in the forehead with a .380-caliber handgun.

Dimas-Martinez met Jefferson at a party in Springdale and left with him and three others after Jefferson said he needed a ride home to his mother's house in Centerton. Jefferson had said he had $30 and would pay gas money to whoever took him home, the affidavit states.

Another man, Uris Galdamez Magana, participated in the crime, according to the affidavit. He was there during the killing, armed with a knife. He pointed it at one of the young women who was crying and told her to shut up. Later, Magana emptied and wiped the gun Dimas-Martinez used to murder Jefferson.

Magana was taken into custody by Immigration and Customs Enforcement officials.

Tony Pirani, a Washington County deputy public defender who represented Dimas-Martinez, said the young man is sorry for what he did and wishes he hadn't done it.

"He's as remorseful as anybody can be," Pirani said.

He said the life sentence allows Dimas-Martinez to be in the general prison population and not on death row, where inmates are in solitary confinement 23 hours a day.