CRAWFORD COUNTY (KFSM) — Ryan Ciampoli was honored Tuesday as the Fire-Dex ‘Hometown Hero’. “I still replay the same scenario back and f... 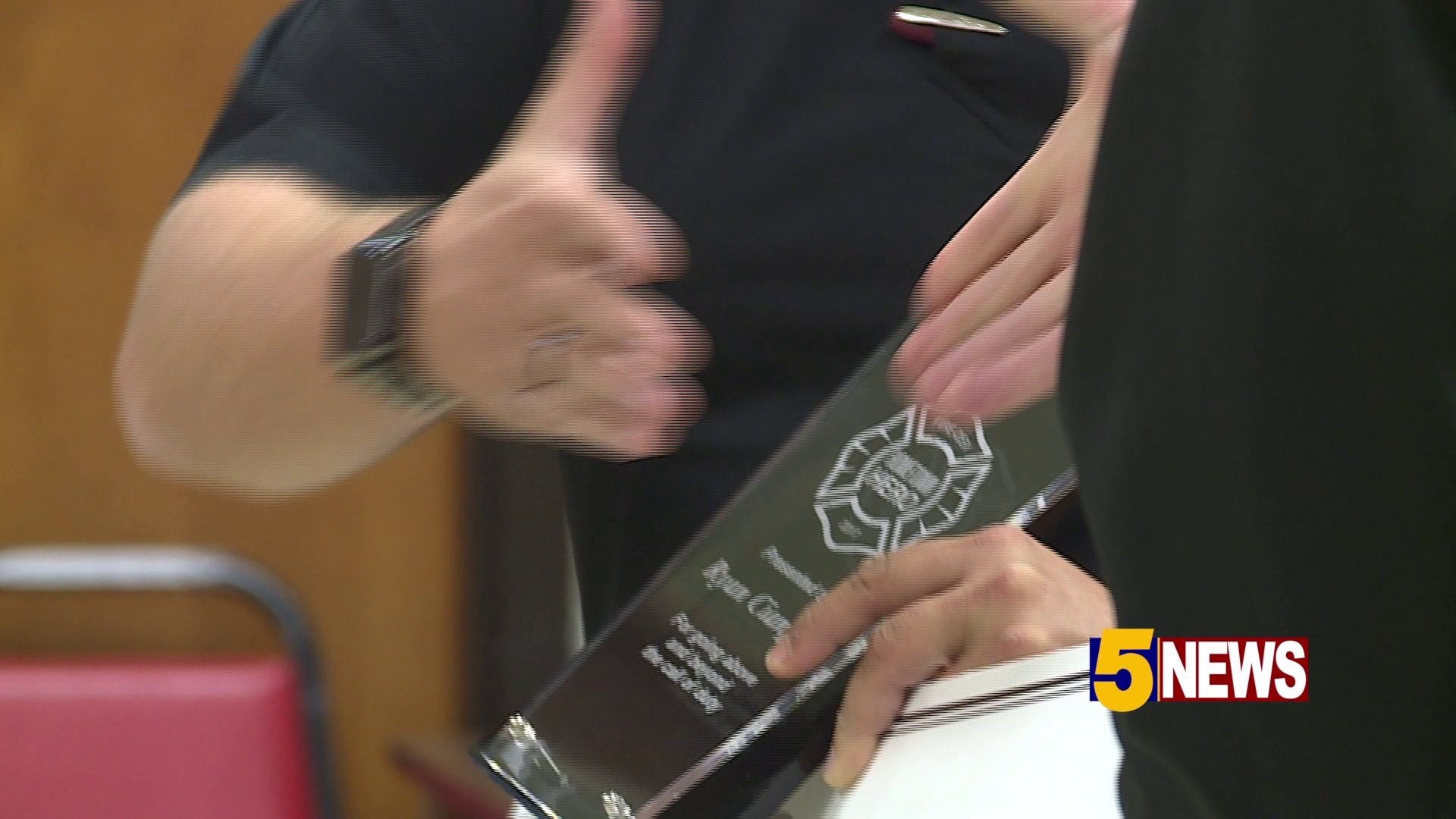 "I still replay the same scenario back and forth," he said.

He was recalling an incident in which a 4-year-old girl falls from the back of a moving bus in Harrison. Ciampoli, in a dash, came to her rescue.

"The first week or two, it was pretty bad thinking about it," he said, "worrying if I did the right thing."

Some believe it's wrong to move someone from their place when they've been in an accident.

And so with virality also comes a certain amount of negative comments. "Internet warriors," as Ciampoli calls them, left him in self doubt.

"It did bother me a lot because it really made me second guess myself."

But, he said, with time and thought and reflection, almost daily, he now feels at peace.

"Anybody who tells you you're doing something wrong, whether they know what they're talking about or not, they'll make you doubt yourself. Now I know not to let that happen to me again."

The incident changed Ciampoli's life. He said an experience like this one can be traumatic for any service member experiencing similar situations.

"We see things that people aren't supposed to see," he said.

For her heroic efforts, Fire-Dex will give $500 to a charity of Ciampoli's choice. On top of that, he was awarded with new fire fighter boots and a plaque.

The young girl he rescued was reportedly released from the hospital.