SPRINGDALE, Ark. (KFSM) — One person is in critical condition and four others injured after a cleaning agent spilled outside a Tyson Foods plant on Tuesday (Jun... 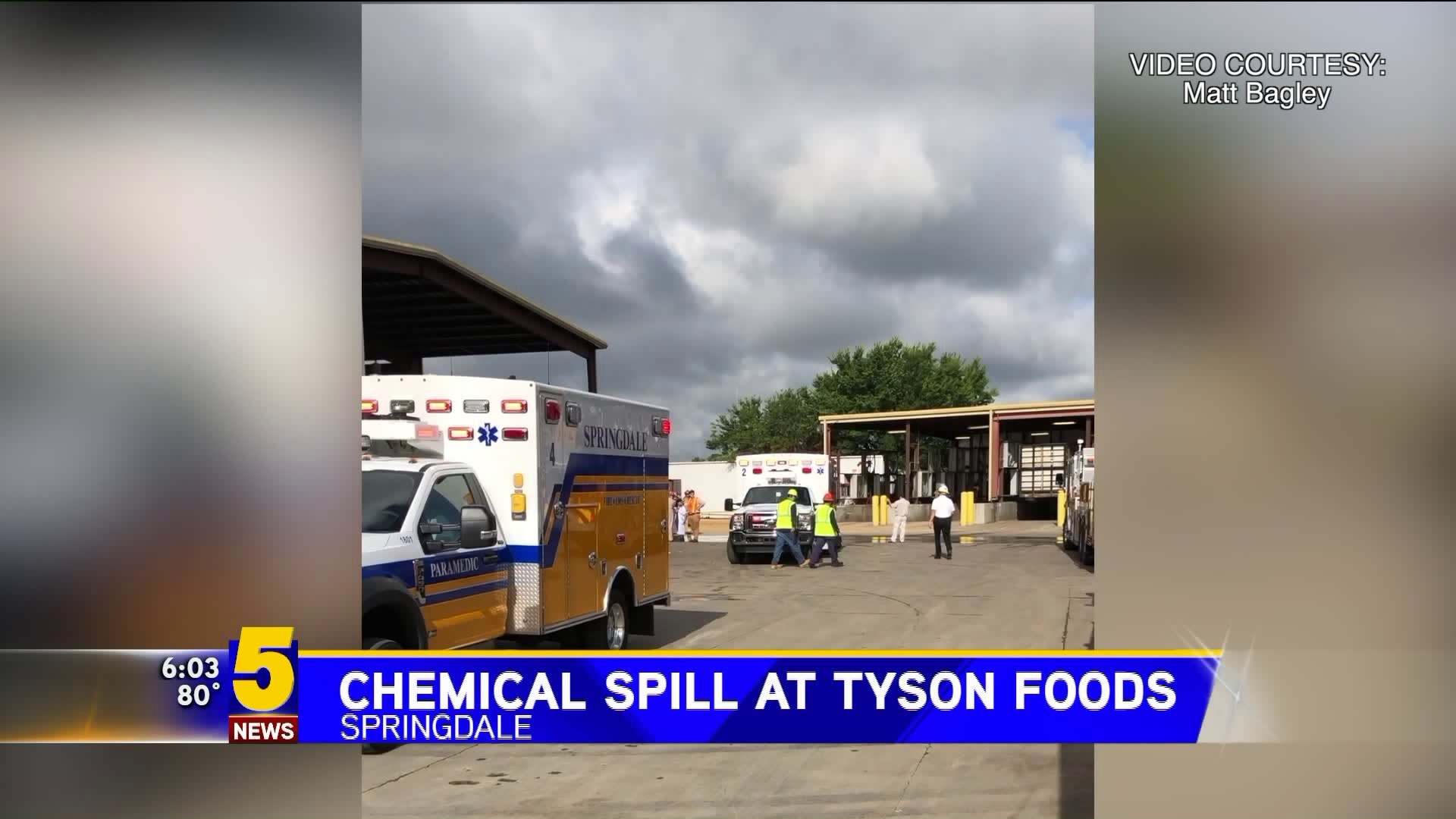 SPRINGDALE, Ark. (KFSM) — One person is in critical condition and four others injured after a cleaning agent spilled outside a Tyson Foods plant on Tuesday (June 18) morning.

A spokeswoman for Northwest Medical Center said another person was in serious condition after the accident, while three others were listed as fair.

Capt. Matt Bagley, public information officer with the Springdale Fire Department, said firefighters and first responders were called to the plant at 600 Berry St. about 8:30 a.m. for a chemical spill after workers began complaining of respiratory issues and skin burns.

Crews contained the spill outside the plant and set up a decontamination line to aid victims and medical personnel.

Bagley said no contaminants were released in the air, on the ground or in groundwater.

Bagley said firefighters could confirm it was not ammonia, but he didn't know exactly what it chemical was spilled.

"I think it was kept small, which is really good," Bagley said.

"It's unclear exactly what happened. I think that will come out in the future, and that's up to the plant. I don't know what information they'll be willing to talk about and what they're not, but I think everything was handled really well."

Tyson Foods said it is investigating the incident.

"We’re thankful for the quick response of Springdale emergency services who helped us address the situation," the company said in a statement.

A chlorine gas leak at the same plant hospitalized more than 150 workers in June 2011.

A report by the U.S. Center for Disease Control found that a Tyson worker with a limited understanding of the English language poured sodium hypochlorite into 55-gallon drum that contained an acidic solution, resulting in a gas leak.

The employee was unable to read the label on the drum that had been accidentally put in the wrong place, according to the report.

Tyson disputed the report, saying the employee in question was not Hispanic, and that the worker's primary language is English.

“Our staff trains regularly and works very closely with our community partners, first responders and employers to be prepared for situations like this,” Driessnack said. “We are very grateful to the response teams at Tyson and the Springdale Fire Department and EMS for their excellent work at the scene of the incident. I am particularly proud of our Emergency Department team for their outstanding response and collaborative approach."