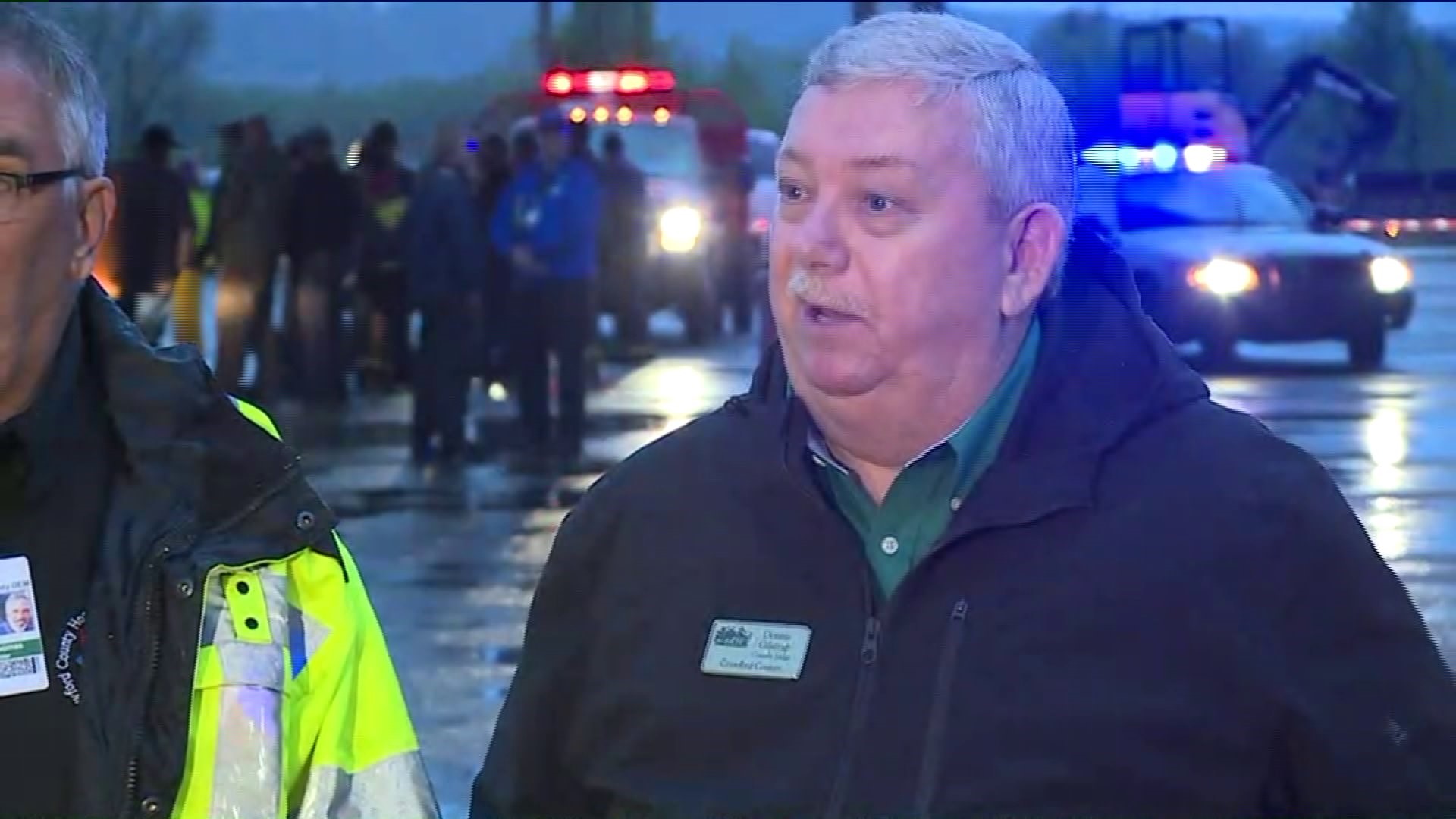 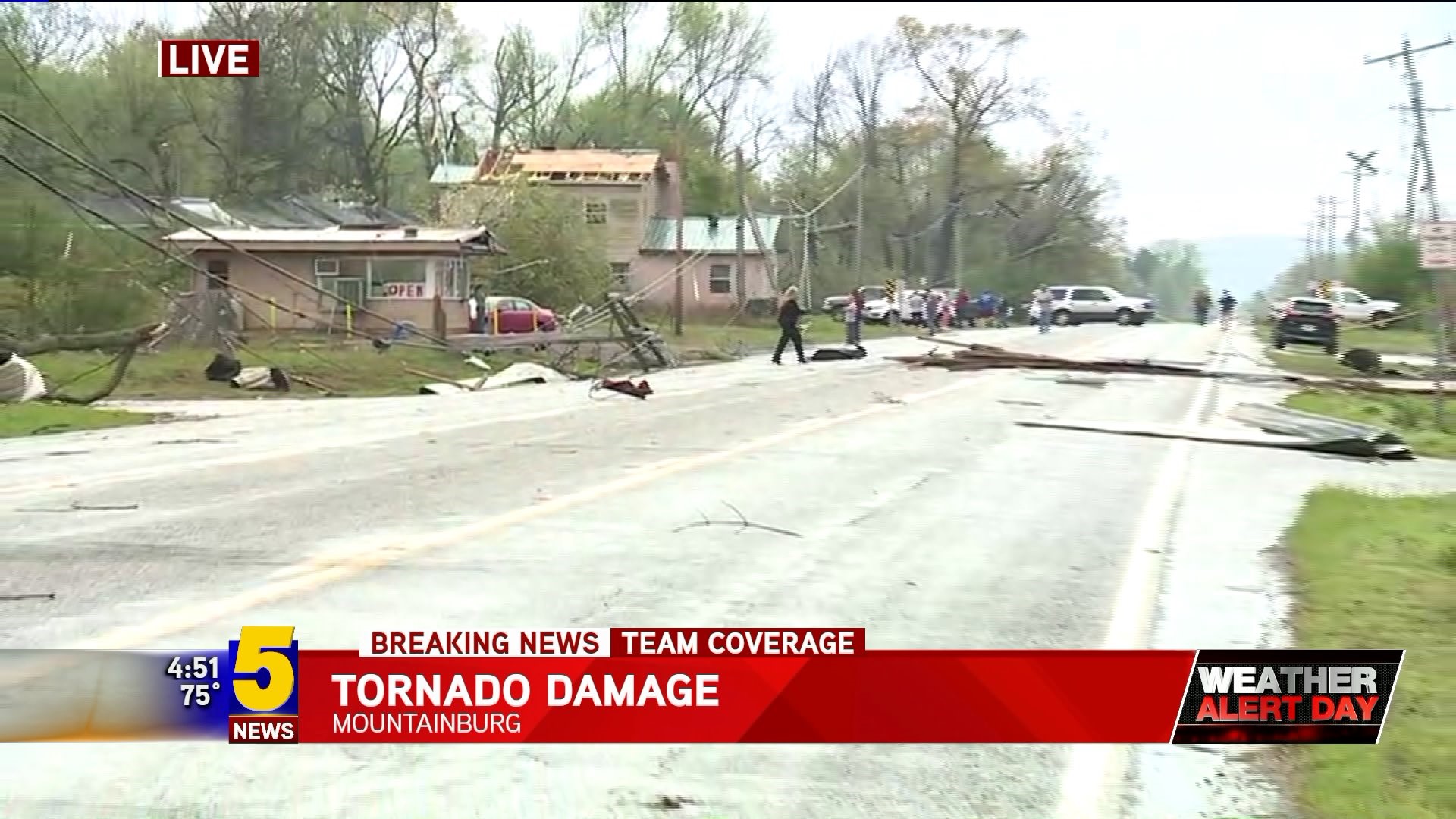 They said 160 structures were damaged during the storm. There were three calls of entrapment and four people were sent to the hospital. There were no fatalities.

Crawford County Sheriff Ron Brown said Monday (April 16) that the woman thought she was going into labor, but it was a false alarm.

While viewing damage for the first time, Taryn Jones said she and her family can't believe what they witnessed.

"It definitely could've been a lot worse... our house is still standing," Jones said. "It took about 20 seconds and then it was over... about half our windows in the house shattered."

"As soon as we pulled in the parking lot so when we went inside they had everyone come into the front hallway and stay there." Mother Michelle Jones said.

Joshua Robertson, communications director for Fort Smith utilities said there is no damage to the Mountainburg water treatment plant. He said the fences around the plant were damaged, but not the plant itself.

Main Street is shut down at this time.

For those in Mountainburg who need assistance, the American Red Cross will be located at the Mountainburg High School according to Crawford County Department of Emergency Management.