ROGERS, Ark. (KFSM) — The Horseshoe Bend Campground swim beach has been closed after elevated levels of e. Coli was found there. The Beaver Project Office of th... 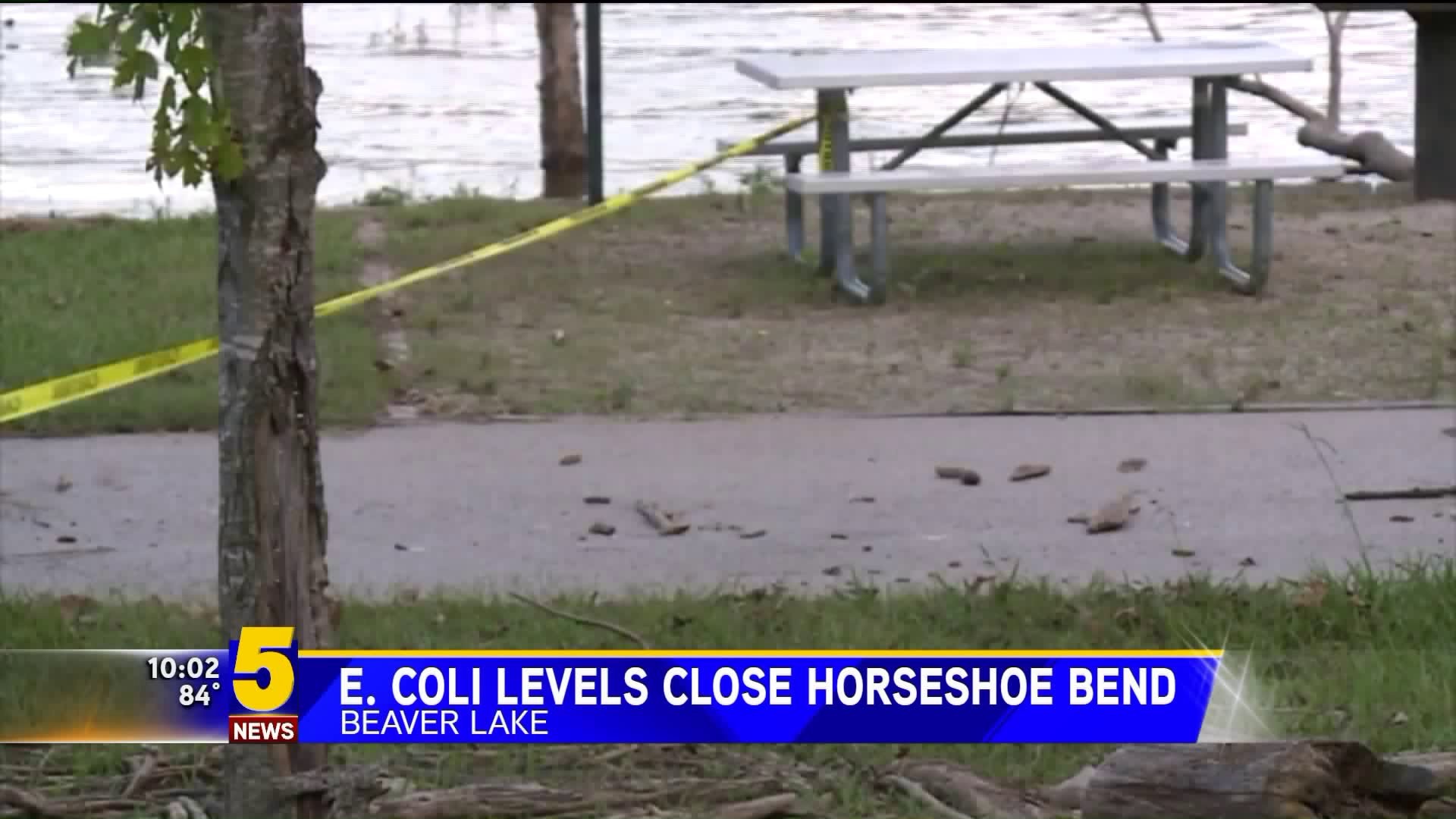 ROGERS, Ark. (KFSM) — The Horseshoe Bend Campground swim beach has been closed after elevated levels of e. Coli was found there.

The Beaver Project Office of the U.S. Army Corps of Engineers announced the closures on Thursday morning (June 27). The campground is still open, but the swim beach is closed until further notice, the Corps said.

The closure is because higher-than-acceptable levels of e.coli were found during routine testing by the Arkansas Department of Health.

Some campers are disappointed that the swim beaches will be closed for the holiday weekend.

“Well, it’s super hot so it would be really nice to walk directly across the road and get in that water. It looks really tempting. But E. Coli, right? I’m not getting sick," said camper Tim Robbins.

Robbins is a first-time camper at Horseshoe Bend and says he didn't know the swim beaches were closed until he and his son arrived.

Even though Horseshoe Bend is one of the most popular spots for swimmers, other swim beaches not affected by high water are still available.

Amy Bronson is a veteran camper at Horseshoe Bend.

"It stays packed. We got the very last campsite here the day we came in. Everything is full, everything is reserved. Ton of people, ton of traffic going through but it’s a fun place," Bronson said.

Bronson says since her group has a boat, the beaches being closed isn't a huge problem.

"We haven’t had much trouble with it. We have boats and we’re able to go up further north where the waters cleaner," Bronson said.

Bronson says she will be camping through the Fourth of July. She says with Horseshoe Bend closed, she worries about overcrowding at other beaches and that her neighbors have already been affected by it this week.

The Horseshoe Bend swim areas will reopen once the bacteria levels have returned to an acceptable range, the Corps said.

Information on recreation areas at Beaver Lake can be found here. Information on areas closed due to high water is available here.