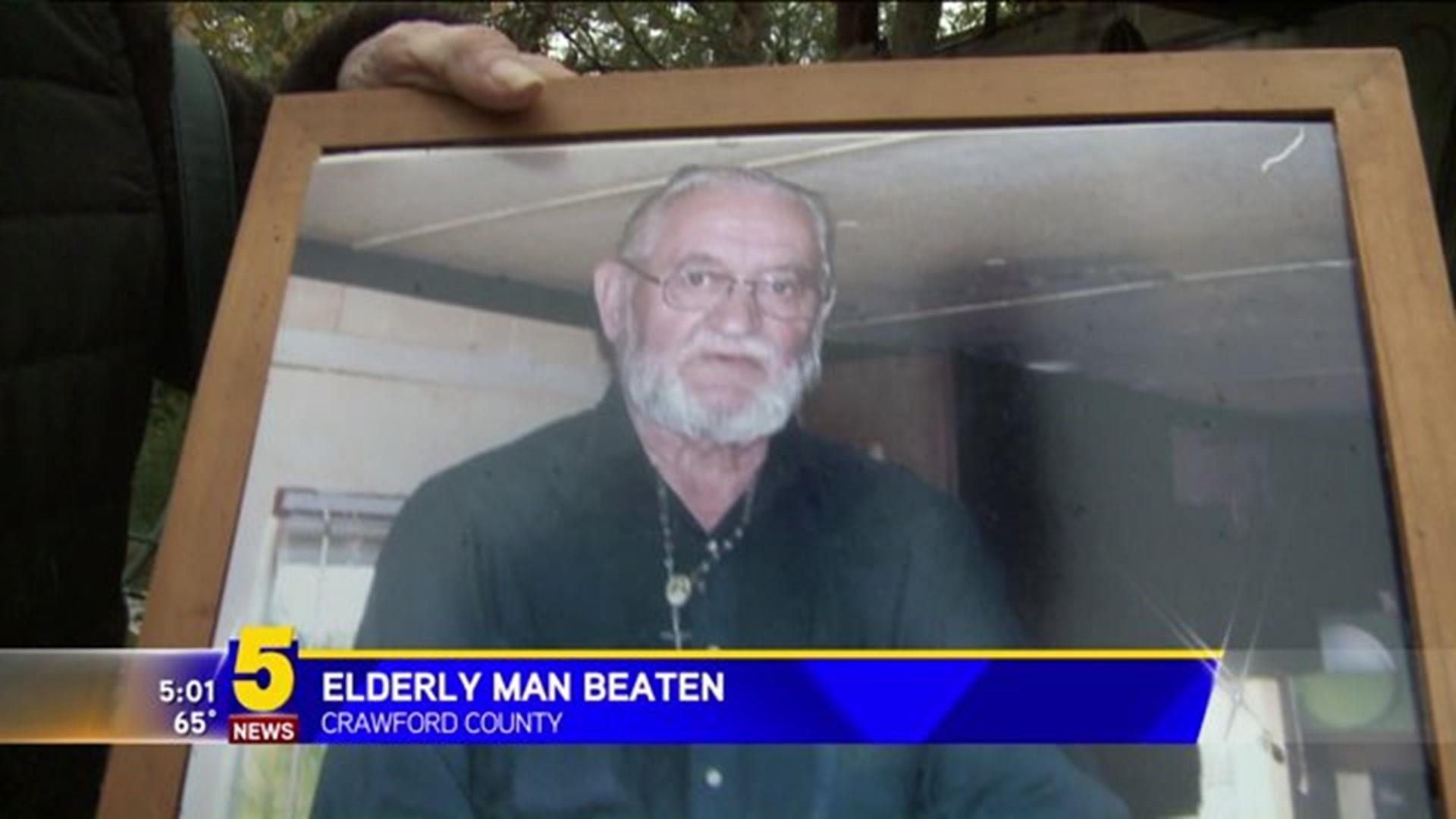 KIBLER (KFSM) -- An elderly man was beaten and robbed Monday night (Oct. 26), according to the Crawford County Sheriff's Office.

Christopher Roy, 34, is suspected of going to Terry Robinson's, 86, home in the 1400 block of Charlie's Acres to rob him, deputies said. Robinson grabbed a gun to protect himself, but Roy was able to take the gun away and beat Robinson with it, according to the sheriff's office.

"He's worried about them coming back in and breaking and getting the rest of his stuff," said Robinson's son Jerry Robinson.

Robinson lent Roy money a few days before the attack, but Roy came back to steal more money, deputies said. Investigators later recovered $1,000 that Roy is suspected of taking from Robinson, according to the sheriff's office.

Roy is being held at the Crawford County Jail and is facing an attempted murder charge, the sheriff's office said.

Robinson was taken to the hospital in critical condition, but was listed as being in stable condition Tuesday (Oct. 27), according to deputies.

Family members said Robinson has a blood clot on his brain and will receive an MRI for further testing.