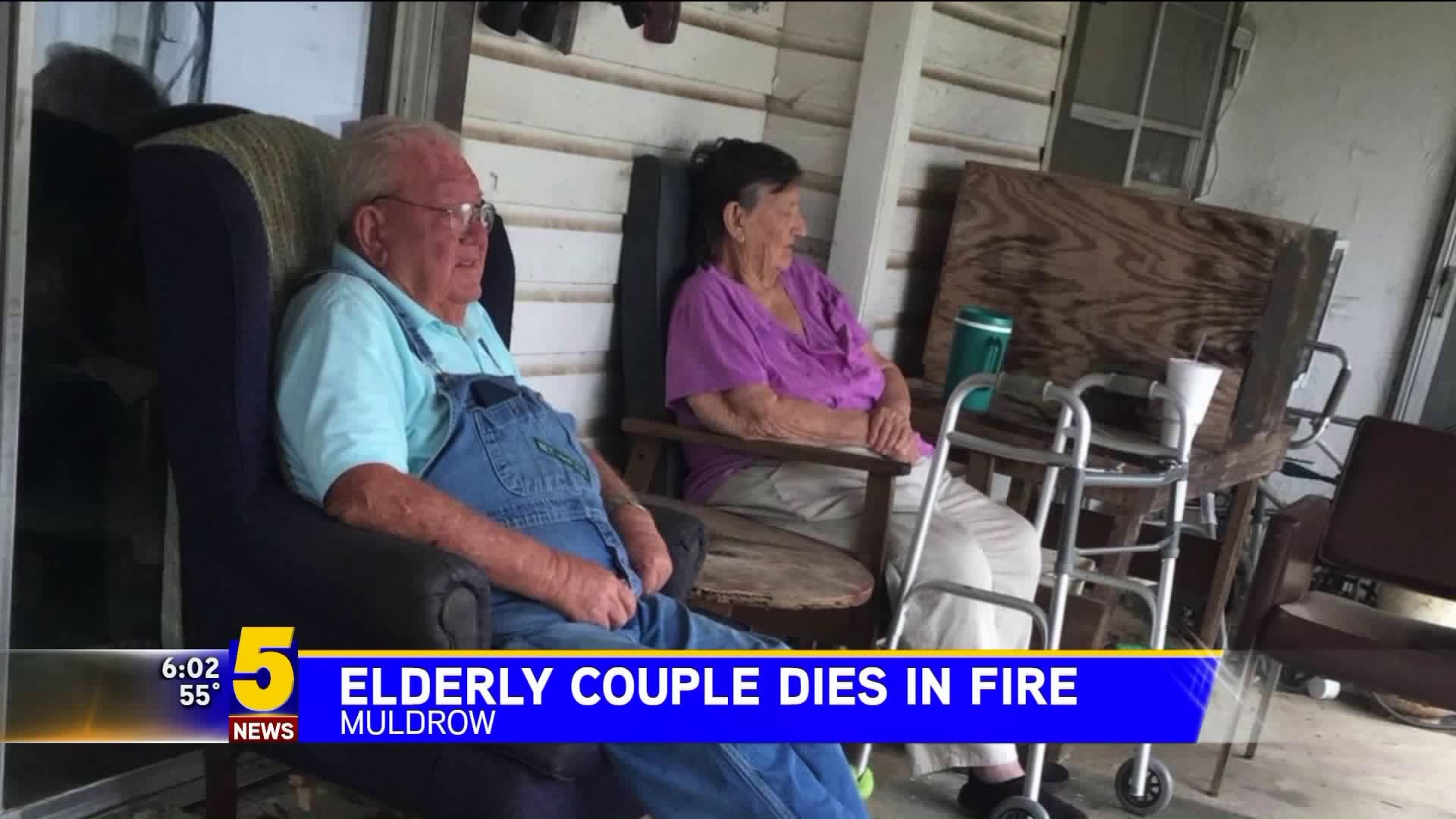 MULDROW, Okla. (KFSM) — An elderly couple died in a fire near Muldrow on Thursday (Jan. 31) night.

R.C. and Carla Rogers lived in the home most of their lives and raised two kids there. They also have three grandkids.

It was just before 10 p.m. Thursday when family members who live nearby ran toward the flames that tore through their home.

"I ran. I ran as fast as I could even though I knew that I couldn't, you know? That you just can't walk into a burning house," Breanna Rogers, the couple's granddaughter, told 5NEWS.

She says all she could think about were her grandparents when she saw the flames.

"I ran and when I saw the house it was engulfed in flames and there was nothing that anybody could do."

R.C. and Carla were in their 80's. They had been married for 63 years. The two were in the home together when the fire broke out.

"They wanted to be with each other when they met the lord. Even though it's not a good way to go and meet the lord, I see the good in it,  I do," says Breanna.

Family members say the couple had a wood burning stove but an exact cause for the fire has not been identified by fire investigators.

While crews try to determine what started the blaze that took the life of R.C. and Carla Rogers, family members are remembering a couple who everyone knew as kind.

"They just had the biggest heart of anyone around. They carried the lord with them anywhere they went."

Family members will soon sift through the remains to see if anything can be saved.

The Oklahoma Fire Marshal and Sequoyah County Sheriff's Office are investigating the fire. Their bodies have been sent to the state medical examiner's office for further investigation.