FAYETTEVILLE, Ark. (KFSM) — The University of Arkansas has helped grow the state’s economy since it opened in 1871. In 2018 the U of A’s economic im... 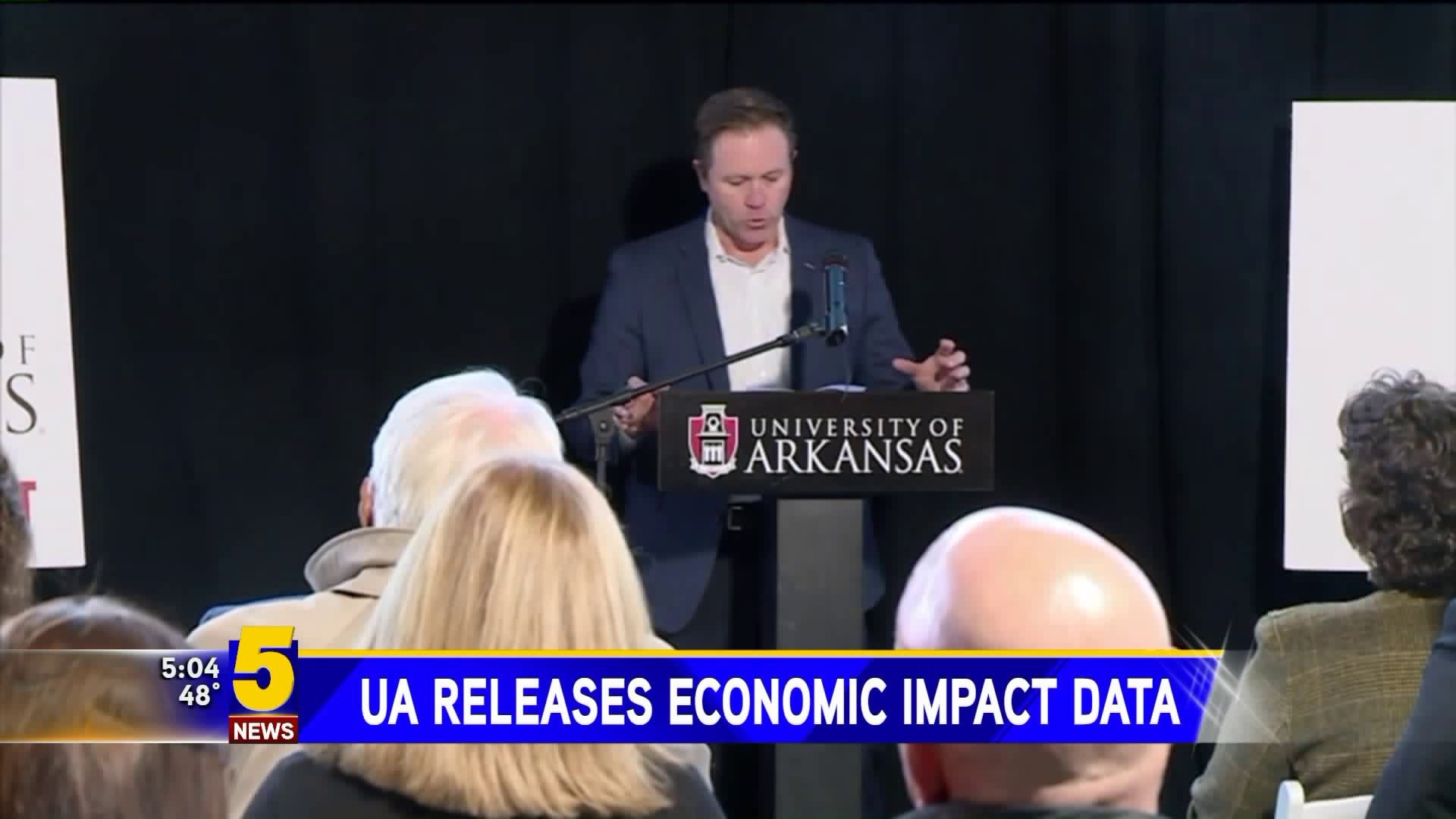 FAYETTEVILLE, Ark. (KFSM) — The University of Arkansas has helped grow the state's economy since it opened in 1871.

The university feeds Arkansas’ economy through operations, construction, development and transfer of new technology to the marketplace, alumni employment as well as through student and visitor commerce.

The university's support for the state has grown over the years because of the campus' growth.

"The U of A stimulates the economy in many ways through our operations, our graduates and our work to improve lives through education, research and discovery, and service to Arkansas," said Chancellor Joe Steinmetz. "We are proud to be Arkansas’ flagship and I am excited to see impact of our mission continue to grow."

The Center for Business and Economic Research in the Sam M. Walton College of Business released the newest economic impact report Wednesday (Feb. 20). They found that state and federal funding that supports the university is used to produce outcomes that exceed the costs.

The report shows that in 2018, the $166.8 million in state appropriations to the U of A were leveraged 13.56 times — for each dollar of state funding, the university pumps $13.56 back into the state economy.

"The U of A works every day to build our state through opportunity," said Stacy Leeds, vice chancellor for Economic Development. "We work with industry to find solutions, efficiencies and to develop new technology. We graduate students who feed the economy as leaders in the workforce and we grow entrepreneurs who build new companies that create more jobs for Arkansas."

The U of A has 77,183 alumni in Arkansas, earning $2.7 billion in wages. According to the report, those alumni paid $130 million in state income taxes, $65 million in state sales taxes and $12 million in county sales taxes. More than 82 percent of the 2018 graduating class had jobs or were accepted to graduate school and their average starting salary was $51,997.