Anyone looking to smoke an electronic cigarette or chew smokeless tobacco at the Fort Smith Public Library is now out of luck. That’s after the library... 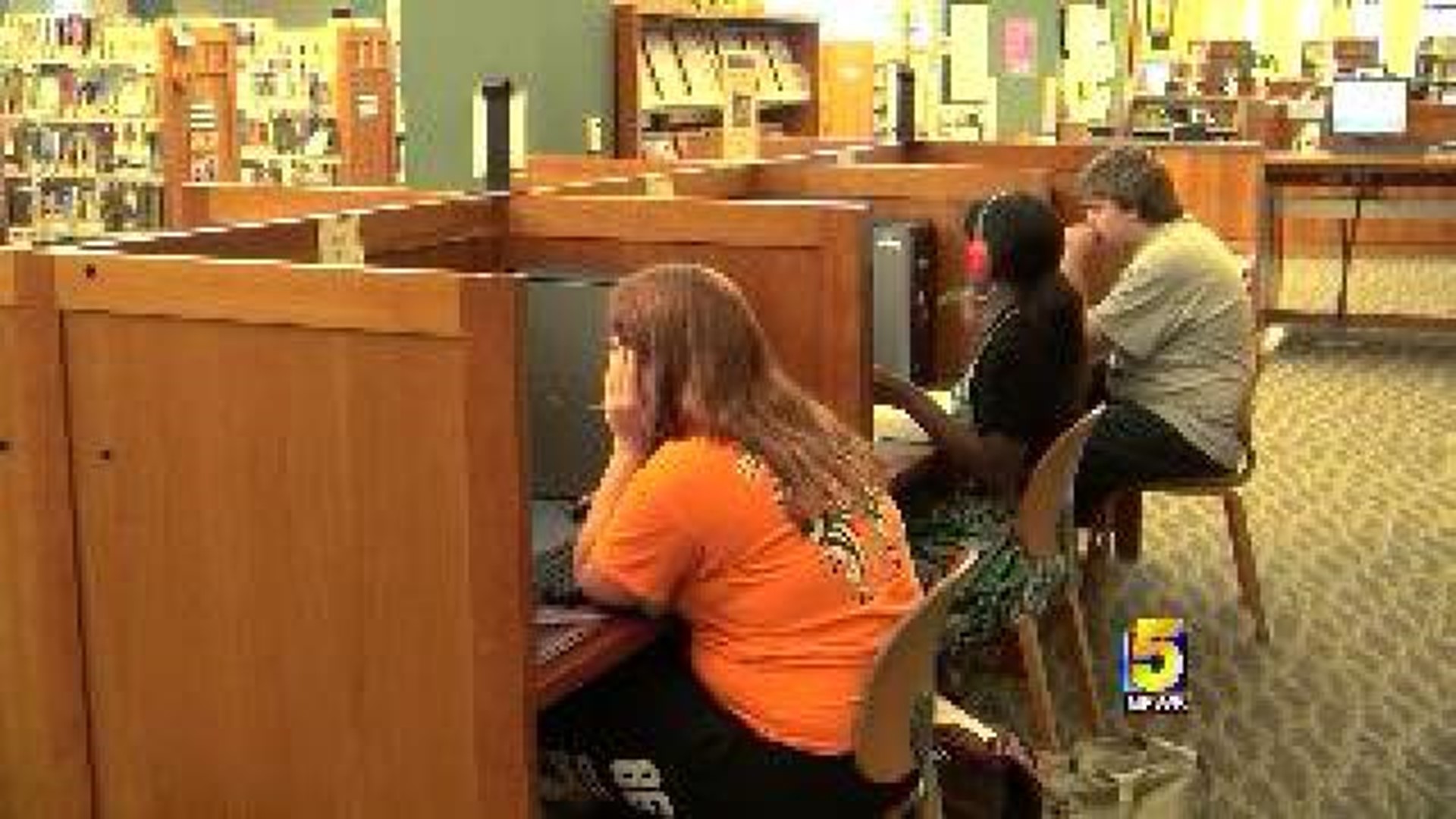 "We banned e-cigarettes and smokeless tobacco just to not cause any confusion among patrons about what's allowed in the library and what could possibly be construed as okay," said librarian Chrissy Stone.

Librarians said more and more people had been using the electronic cigarettes in the building in the past few months which led them to become concerned about the damage the smoke could cause to both books and electronics inside the library.

"We don't know how the vapors would settle, whether they would cause the yellowing like cigarette smoke would," Stone explained. "Books are very porous; the pages are. They can take in any scent and so really we wanted to go ahead and ban the products before they started to do any sort of damage."

People in the community had mixed reactions about the library's decision to ban the electronic cigarettes and smokeless tobacco.

"With electronic cigarettes, I didn't think there was any danger of second-hand smoke," said Eric Nordrum. "It's just vapor from my understanding. So I don't understand what the issues would be. I feel like they were designed to be smoked anywhere. You know, children wouldn't have to worry about second-hand smoke and neither would non-smokers, so I just don't really know why the library felt the need to ban them."

"Kids in [the library] have a better chance of learning something than they will [outside of the library]," said Berta McDonald. "Maybe if they don't see people smoking in here, maybe that will keep them from doing it. So I think the ban is a good thing."

Librarians said that anyone who wants to smoke, whether it's a cigarette or an electronic cigarette, or chew smokeless tobacco can do so outside the building. The ban is in effect at the main library, as well as its other branches in the area. A similar ban is also in effect at the Rogers Public Library in Northwest Arkansas.