RUSSELLVILLE (KATV) — Dozens of members of an Arkansas white supremacist group have been indicted in connection with a series of violent crimes, federal authori... 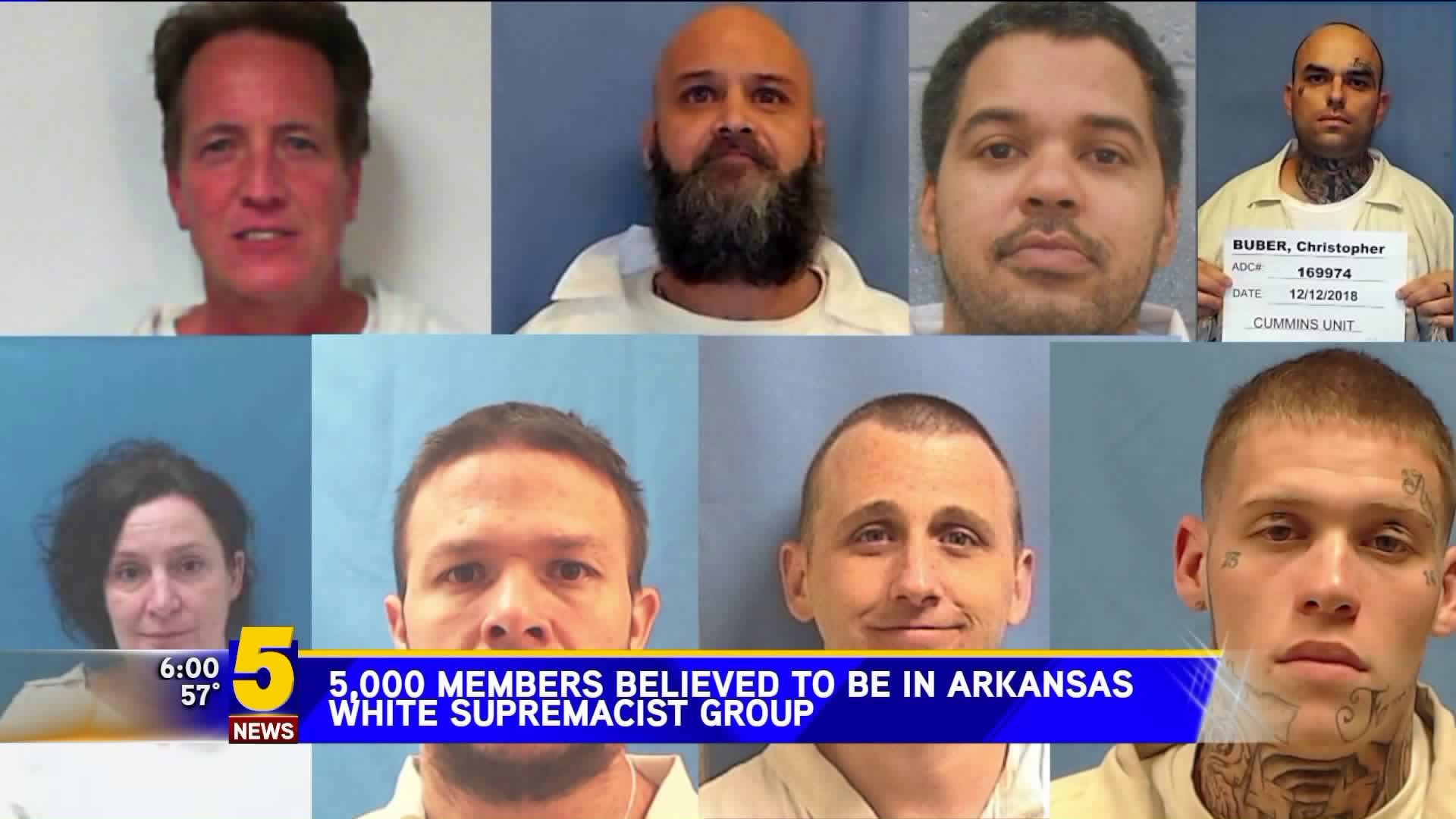 RUSSELLVILLE (KATV) — Dozens of members of an Arkansas white supremacist group have been indicted in connection with a series of violent crimes, federal authorities reported Tuesday.

Charges against 54 people with ties to the New Aryan Empire will be announced at 2 p.m. in Russellville, according to a news release. The indictment claims the group is a "corrupt organization which committed acts of violence, including solicitation of murder and attempted murder, kidnapping, and maiming." The group is also accused of drug trafficking.

Associates of the group, which identifies itself in part through Nazi swastikas and "Heil Hitler" salutes, tried to kill an informant and stabbed and maimed two other people suspected of cooperating with law enforcement, authorities said.

Cody Hiland, U.S. Attorney for the Eastern District of Arkansas, said he plans to prosecute the case under the federal Racketeer Influenced and Corrupt Organizations Act, otherwise known as the RICO Act. It allows the leaders of an organization to be prosecuted for crimes they ordered other people to commit. It was enacted in 1970 to prosecute the Mafia and other organized crime groups.

"This announcement is a little unique as it is the first RICO by card case brought in 15 years RICO focuses specifically on racketeering and allows members of an organization to be held responsible for the acts of the other members among other benefits," Hiland said. "In short with RICO if you are a member of the organization you’re in for a penny and you."

Most of the defendants are residents of Pope and Yell Counties, and most are convicted felons, according to authotiries. Thirty-five were already in state or federal custody. Another 16 were previously released on federal bond.

Authorities on Tuesday were still searching for Troy R. Loadholt, 37, Jeffrey G. Howell, 34, and Amos Adame, 46. All are from Russellville.

David Rybicki, the U.S. Deputy Assistant Attorney General, called the group "a violent and highly-structured criminal organization" that has roots as a prison gang. Law enforcement officials seized 69 firearms, more than 25 pounds of methamphetamine and more than $70,000 in drug proceeds as part of the investigation.

Multiple people with ties to white supremacist groups in Russellville, including the New Aryan Empire, were arrested on gun and drug charges in October 2017. The indictment unsealed Tuesday is a continuation of that case, authorities said.

Russellville is a city of about 29,000 people in the Arkansas River Valley.

The indictment comes during a resurgence of white supremacist and extremist activity in the U.S. in recent years. An Arkansas man was among those who attended a violent white supremacist rally in Charlottesville, Va., in 2017. Jacob Scott Goodwin, 23, of Ward, was convicted of beating a black man at the rally and sentenced to eight years in prison. At the same rally, an avowed neo-Nazi drove his car into a crowd of protesters, injuring dozens and killing 32-year-old Heather Heyer.

There have been 19 incidents of hate, extremism or anti-Semitism in Arkansas logged by the nonprofit Anti-Defamation League since January 2017. The Southern Poverty Law Center says there are at least 12 known chapters of hate groups in Arkansas, including the Ku Klux Klan, Aryan Strikeforce and Nation of Islam.

A list of those named Tuesday as associates of the New Aryan Empire is below.