VAN BUREN, Ark. (KFSM) — A popular restaurant in Historic Downtown Van Buren is closing its doors this week. Larry B’s Rhythm Room will only be open for t... 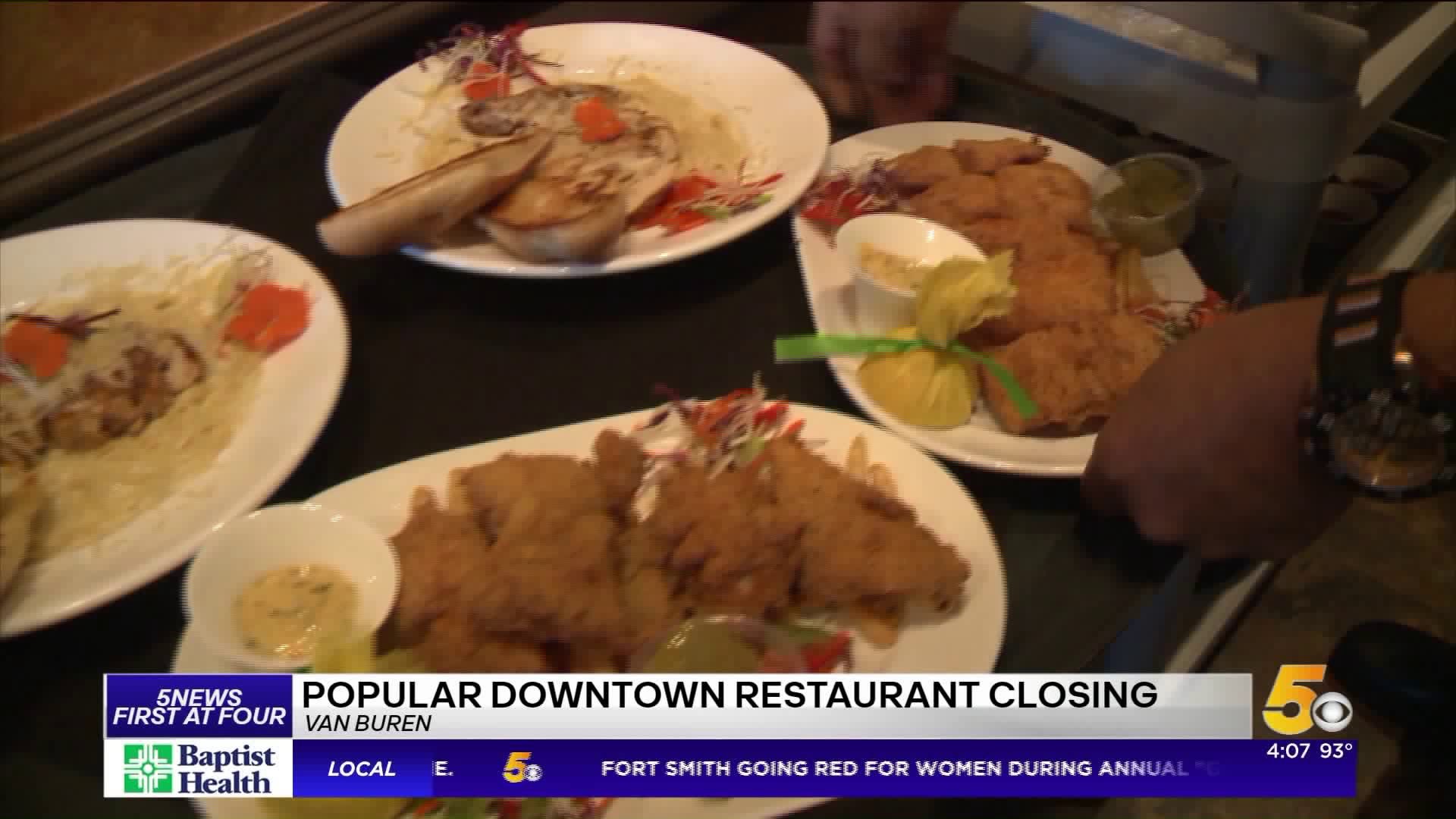 Larry B's Rhythm Room will only be open for two more nights, with the last night being Friday (Sept. 13).

The owners, Larry and Hazel Bedell, have decided it's time to say goodbye to the popular spot.

"You know, the Lord told us that our season was up, and so we be guided by his word. And he said I want y’all to go this way, so that’s what we’re doing," Larry said.

"I get a kick out of during the weekends when I step out of the restaurant while we’re having our entertainment going on...I’ll step out and I’ll look at the avenue, and there’s cars all up and down," Hazel Bedell said. "That wasn’t there, and it’s such a great sight to see, I mean, wow!"

The spot was also home to Sister's Bistro before the Bedells moved in two years ago. As of right now, there's no word on what will replace the restaurant.

Larry and Hazel Bedell say that reservations are fully booked at the Rhythm Room for Thursday and Friday, but patrons are more than welcome to wait for a table. The doors will open at 5 p.m., with music at 6 p.m. and 8:30 p.m.