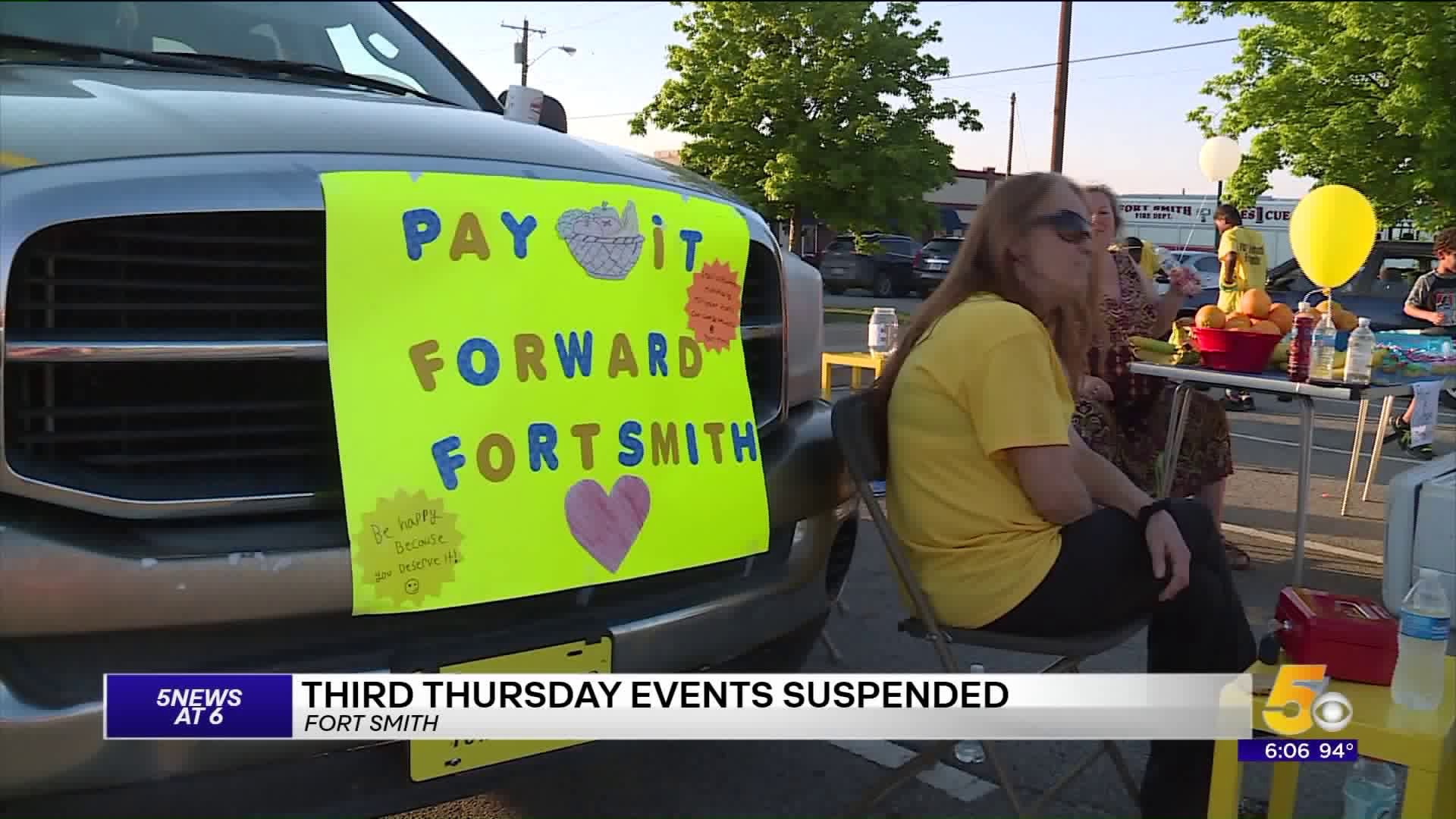 The events usually take place on Garrison Avenue from 5-8 p.m., but Downtown Fort Smith posted on it's Facebook page that the event is suspended for the time being.

Some business owners and workers were fans of the event, while others say they were not.

"The times I would be open all we did is we would be open for three hours and we would see maybe two or three customers trickle in. It was not a big revenue time for us," said Jami Coleman, owner of Creative Kitchen.

Coleman says that maybe a different time of year would work better for this type of event.

"Even in Arkansas, November, December is not really cold, and so I think that’s a good time for people to shop after hours and to maybe knock some things off of their shopping list or their holiday list," Coleman said.

Other businesses like Papa's Pub and Pizzeria say they saw more foot traffic when the event was held on the first Tuesday of every month.

"On Tuesday it was more of an attraction," said Kelcey Garcia, worker at Papa's Pub and Pizzeria. "On Thursday it seemed to be closer to the weekend. Other people were more concerned with events and things going around town."

Overall both business owners say they want to see this event succeed and they hope it comes back in the future.

"We definitely want more things to do," Garcia said. "More events, more people. Peacemaker was just here that was a great hit. Majestic is coming. We want more entertainment, more volume in town. More things to go to besides just eat."

Downtown Fort Smith did mention in it's Facebook post that the Masquerade Ball on November 2, the tree lighting and the New Years Eve Ball Drop are still taking place and staff is working to make it the very best.