Don’t Like Trump Or Clinton? Why Some Argue For And Against Third Party Candidates

FAYETTEVILLE (KFSM) — With Donald Trump and Hillary Clinton officially nominated by their respective parties for the Oval Office, many are now evaluating ... 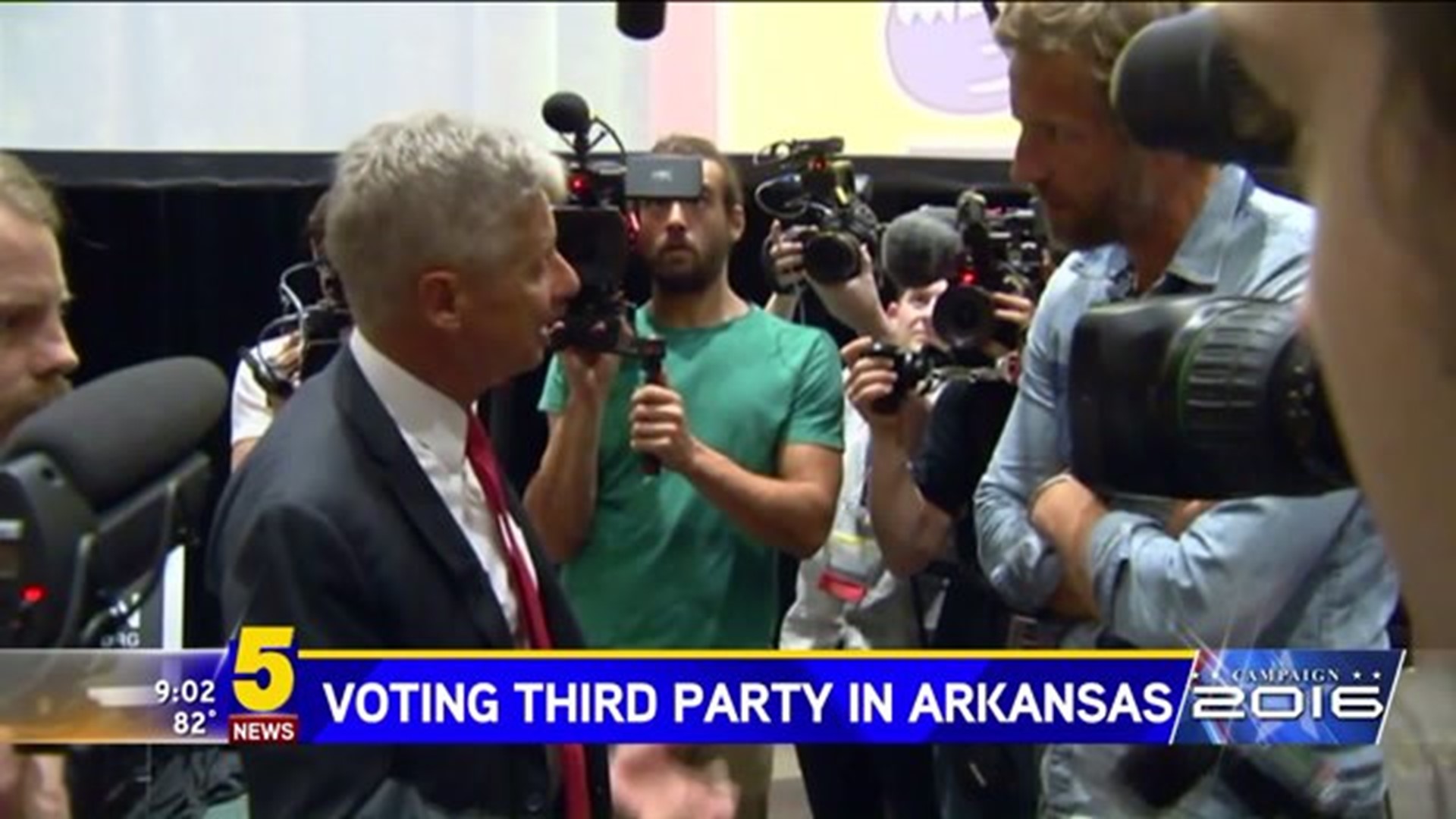 FAYETTEVILLE (KFSM) -- With Donald Trump and Hillary Clinton officially nominated by their respective parties for the Oval Office, many are now evaluating which candidate they would like to vote for come November.

University of Arkansas professor Andrew Dowdle said the 2016 presidential election will be one of the few elections where voters are hesitant to side with a Republican or Democrat.

“We have two incumbents who have really historically high negative ratings,” Dowdle said.

According to Dowdle, the last time the country faced a similar scenario was in 1992.

Lately, many Republicans have suggested a vote for Libertarian Gary Johnson, is a vote for Hillary Clinton. Likewise, many Democrats argued a vote for Johnson would be a vote for Trump.

Dowdle said it may be best to vote for which one you favor the most, if you don`t fully support Johnson.

“If enough votes do end up adding up on one side, and they are not being cast on the other, that may be something where you end up getting the least favorable of all options,” Dowdle said.

Libertarians in Arkansas claimed their candidate should be thoroughly considered.

By obtaining 15 percent in national polls, Johnson could appear at debates with Clinton and Trump, which is why Pakko is pushing so hard for support.

Pakko added the Johnson campaign would continue to spread their word, in hope of getting on every ballot across the nation.