The American Brittany Club hosted it’s National Specialty Show in Fort Smith over the weekend. Close to 300 Brittanys, which are a type of spaniel, were s... 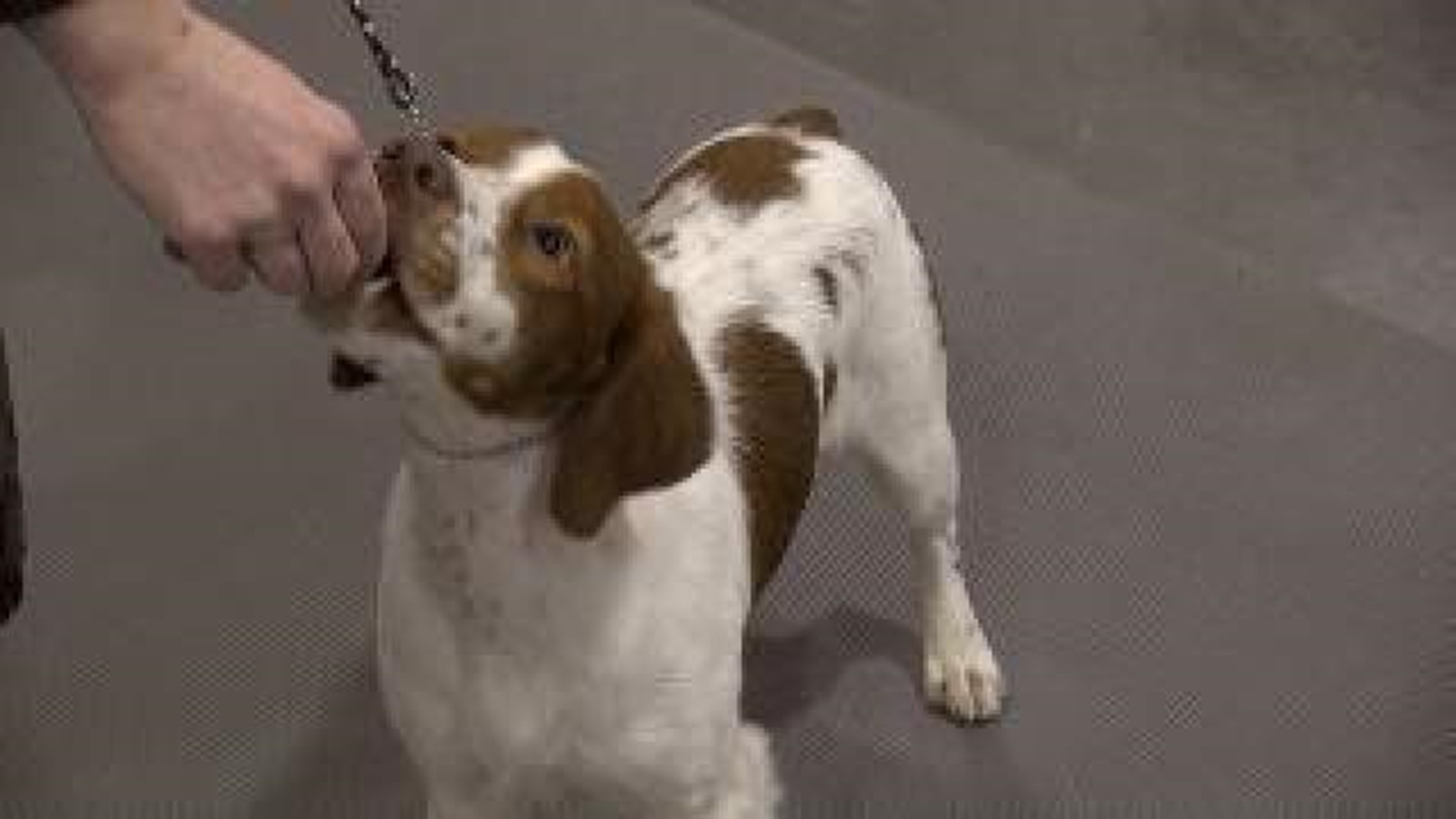 The American Brittany Club hosted it's National Specialty Show in Fort Smith over the weekend. Close to 300 Brittanys, which are a type of spaniel, were shown at Kay Rodgers Park.

The American Brittany National Specialty Show has been held at Kay Rodgers Park for the past three years. Before that, a different location in Fort Smith hosted the event. The show has been held annually since 1943.

The event kicked off Friday morning. It was three full days of competition before the 'Best of Breed' winner was announced Sunday afternoon.

The 'Best of Breed' winner, a two-year-old Brittany named Beckett, traveled all the way from Denver, CO to compete.

Karen Livingston, who owns Beckett, said she didn't expect to win. She was both surprised and honored when the judge called her name.

"I just wanted [Beckett] to behave himself,"Livingston said. "That's what I wanted. No expectations except four on the floor and do your thing and we'll see where it goes."

The award was something she's hoped to win since she started showing Brittanys when she was 12.

"Oh, I'm just super excited," Livingston said. "This is something I've dreamed about since I first got into the breed. So I'm very, very excited."

The 'Best of Breed' award is the most prestigious award the American Brittany Club offers, according to Christine Ward-Weber, the third Vice President of the club.

Several other awards were handed out as well Sunday, including sweepstakes for puppy, veteran and dual champions. An award was also given for the best junior handler that showed.

For more information about the American Brittany Club, CLICK HERE.