Dog Shot In Head Receives Surgery To Have Bullet Removed

WALDRON (KFSM) — On Tuesday (July 31), Toby Ingle who lives on Oak Street in Waldron said he heard a gun shot outside of his home. Ingle said once outside... 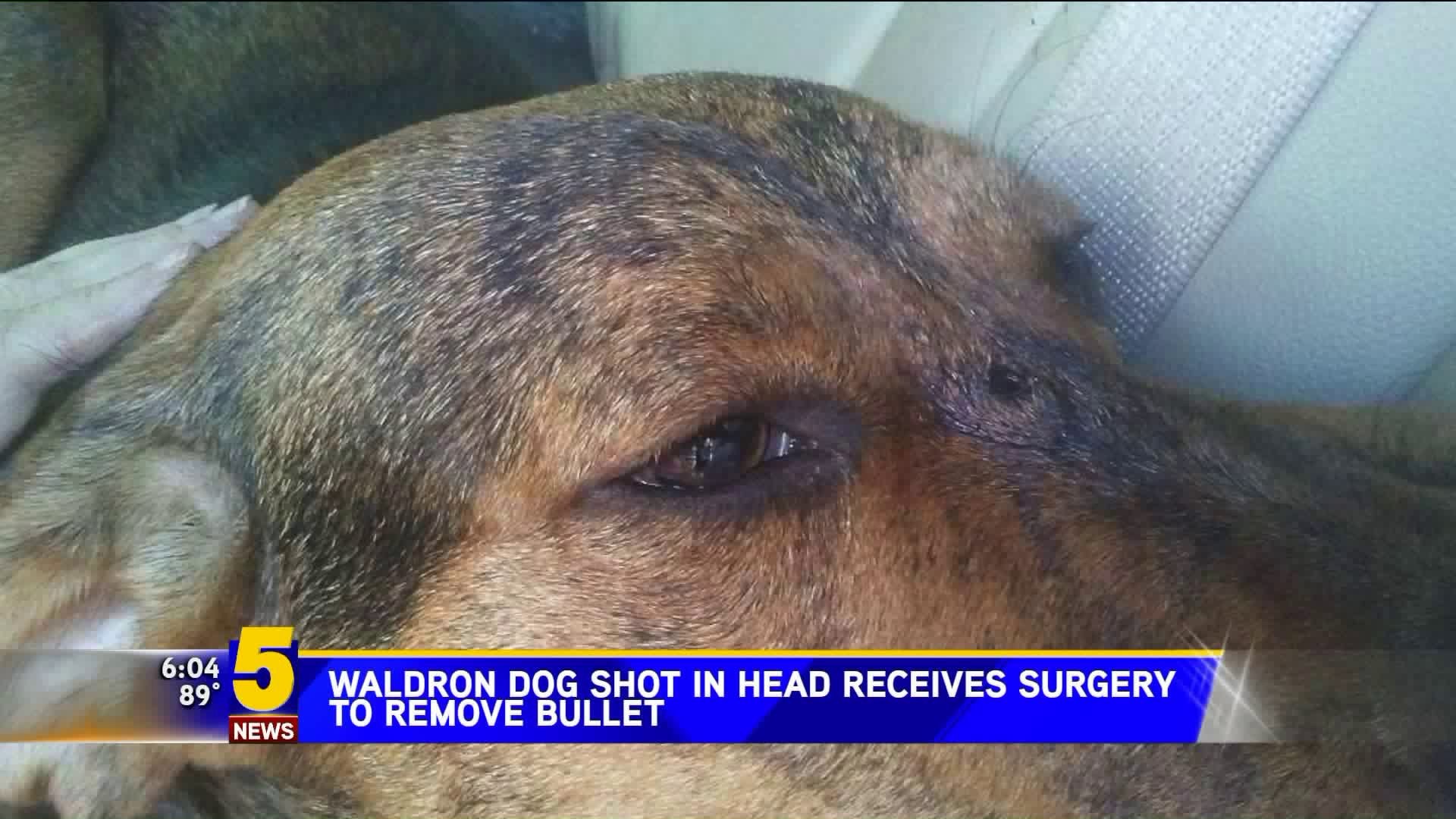 WALDRON (KFSM) -- On Tuesday (July 31), Toby Ingle who lives on Oak Street in Waldron said he heard a gun shot outside of his home.

Ingle said once outside he realized his neighbor was shooting a dog named Bailey. The dog was on Ingle's rental property that is directly across the street from the home he lives in. Ingle rents the property to his sister and the man who fired the shots lives on a corner near the two homes.

Ingle and the neighbor got into an argument over shooting the dog and the police were called.

Ingle said Bailey is less than a year old and was dropped off in the neighborhood. He said he gives the dog attention and feeds it but it roams free and doesn't belong to anyone.

"The little dog can't speak for himself and there is no reason for him to be shot. Whatever he did wasn't a killing offense at all. We have dog catchers and stuff in place and there is laws against what he did," Ingle said.

Ingle says police told him they would find the dog, who disappeared at that point. He said sometime later he saw the man who pulled the trigger searching for the dog. Ingle used his Great Dane dog to track the blood trail and found Bailey a few hundred yards from his home in high grass.

Bailey was taken away by animal control. Ingle said animal control personnel told him they would be taking Bailey to receive medical care.

The next day, when the veterinarian office in Waldron opened, Ingle recorded video on his phone of Bailey in the back of an animal control truck.

You can hear Ingle ask the animal control personnel why two other dogs who were brought  there to be spayed and neutered were taken in and cared for before Bailey.

The City of Waldron will foot the bill for Bailey's recovery. The Mayor of Waldron, Neil Cherry spoke about why city personnel may have waited.

" She said it was no life threatening injury at all. The dog would be just fine. She said the bullet could be left in there or she could remove it. I told her to go ahead and remove it. The bullet casing was just under the skin. She said she would just use a local anestesic. Mayor Neil Cherry said. "I wanted the dog treated right and humanely."

The man who told 5NEWS he pulled the trigger and shot Bailey said he did so because the dog was tearing up things in his yard. He said police told him they may seek felony animal cruelty charges against him. The man said he was surprised to hear it go that far since he had called animal control in the past but the dog was not picked up.