Dog Stolen From Fayetteville Found In Colorado, Reunited With Owner

FAYETTEVILLE (KFSM) – A four-year-old pit bull named Trucker was stolen from a Fayetteville home in late June and was returned to his owner almost four mo... 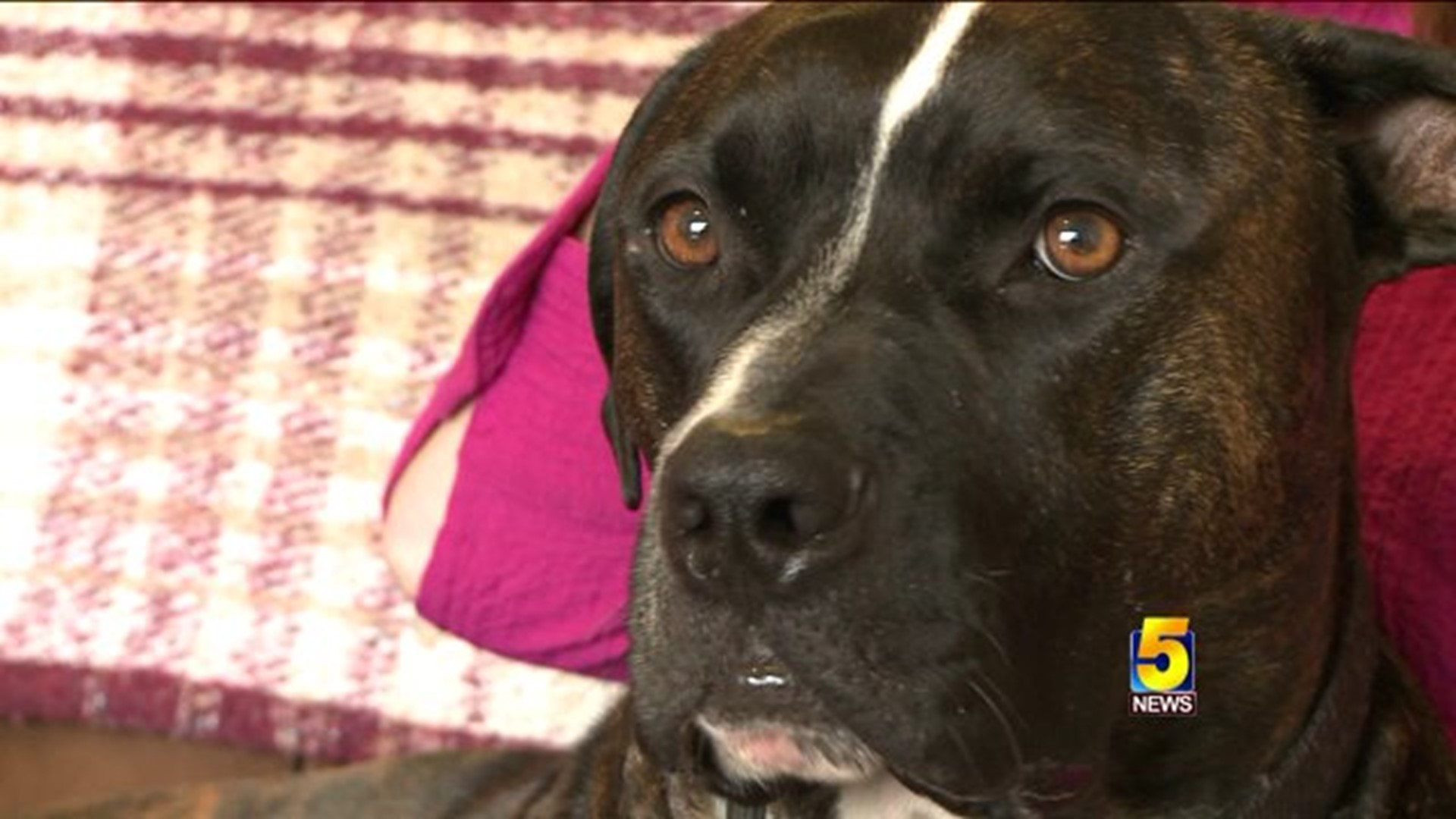 FAYETTEVILLE (KFSM) - A four-year-old pit bull named Trucker was stolen from a Fayetteville home in late June and was returned to his owner almost four months later, last weekend.

The owner's sister, Julia Clark, received a call from a town just west of Denver on Friday. Clark said a worker at the Clear Creek County Animal Shelter told her the shelter had a black and brindle-colored dog whose microchip said he was registered to her.

"I had basically given up. Then we had gotten a wonderful phone call," owner Graham Holiman said.

"I felt like I was going to hyperventilate because I was so excited, like please just bring him out I want to know that it's him," Clark said.

Holiman said Trucker went missing on June 28th, after a man staying with him took the dog for a walk and never came back. He said he and his sister hung up flyers and spent their lunch breaks riding bikes looking for the dog. The owner said he was overwhelmed when he was reunited with his companion.

"It was the happiest, overwhelming warm feeling I've ever felt, because I've been going through hell, and this is my boy," Holiman said.

Shelter workers told the owners the dog was turned in by a woman who was approached by a homeless man. The woman told workers the man said he would trade her the dog for a bag of marijuana or $50. The woman paid the man $50 and took Trucker to the Clear Creek County Animal Shelter.

"It makes her a really special person, and we're just glad to have Trucker home," Clark said.

Trucker's veterinarian said he had lost around 15 pounds, but said there were no signs of physical abuse, ailments or parasites. The owners said they paid the woman back her $50, and the shelter also gave the woman a reward for her kindness.