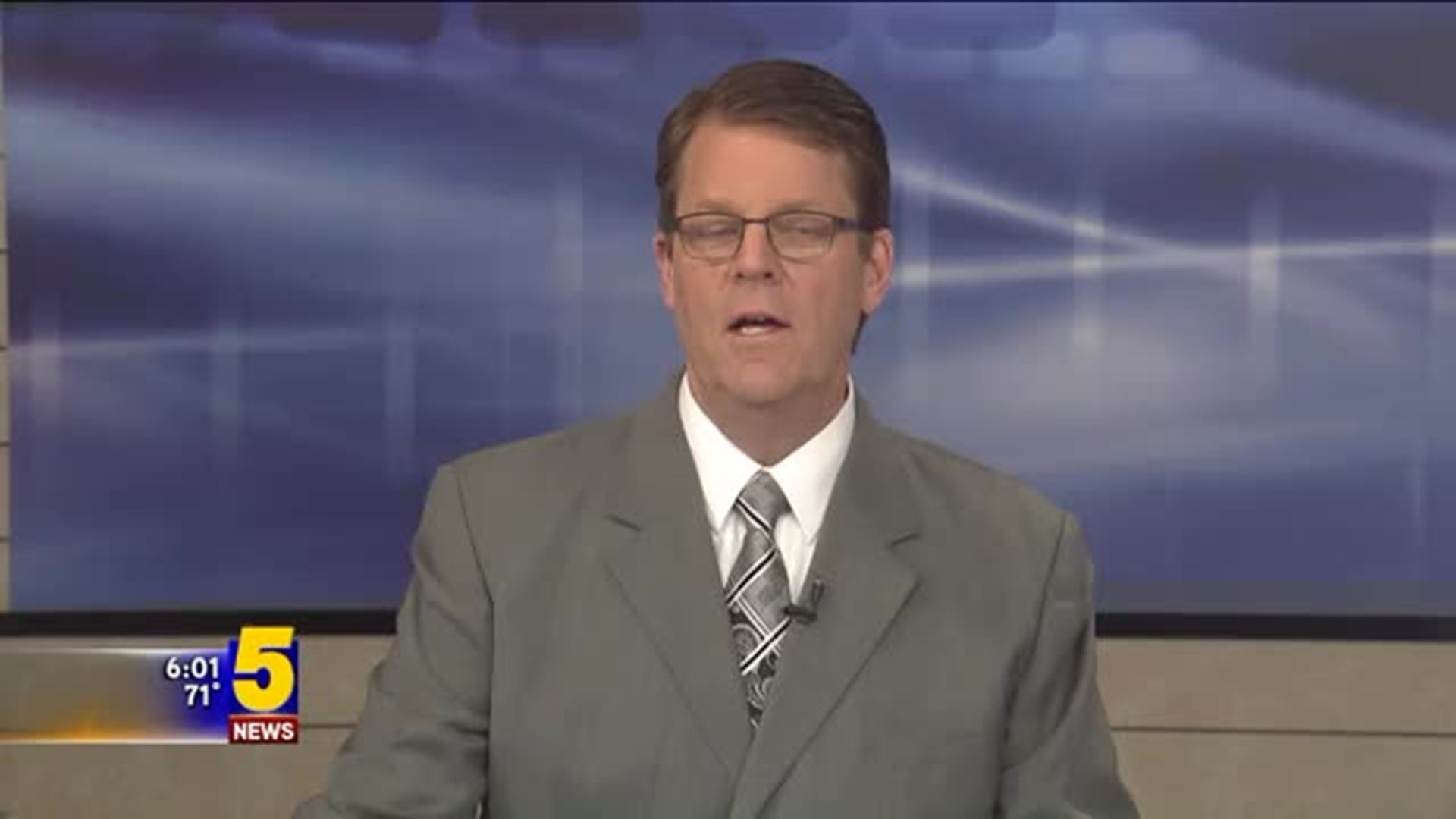 CENTERTON (KFSM) — At the behest of Bentonville police, Centerton police altered an accident report involving a Bentonville police officer's daughter, which led to an arbitration issue with the other driver's insurance.

Centerton Lt. Tony Keck said he changed the report after "much deliberation" to show that the driver who was hit by the officer's daughter contributed to the crash by failing to yield.

The issue came to light when Frankie Roughton, who owned the vehicle, learned from his insurance company that they had received a revised report that now showed his driver was at fault in the accident -- which resulted in roughly $5,000 in damages, according to documents obtained under the state Freedom of Information Act.

Roughton filed a complaint about a week after the accident with the Benton County Sheriff's Office, which opened an investigation.

In the complaint, Roughton accused Bentonville Police Chief Jon Simpson of "abusing his power" by getting involved "in a civil matter in another city."

On Oct. 24, 2018, Officer Lee Cooper's daughter was driving north on Main Street around 7 a.m. when she passed on the double-yellow line -- crossing into the opposite lane of traffic -- to apparently get around three cars that had stopped to let Tony Brewer leave McDonald's, according to the accident report.

As she neared Centerton Boulevard, she collided with Brewer before the turn lane started, according to the report.

Cooper showed up on the scene and said his daughter was legally in the left turn lane at the time of the crash and Brewer should be cited.

In the initial report, Centerton noted Brewer had no contributing actions in the crash.

The following day, Cooper called Keck to discuss his concerns about why Brewer wasn't cited but his daughter was for "an unrelated traffic offense that occurred further up the road before the accident," according to a recording obtained through FOIA.

Keck told Cooper that his review of the evidence and witness statements -- which included a Benton County deputy -- showed Cooper's daughter was at fault in the crash, according to the recording.

Keck added that Simpson said his department was "in the right" because of state traffic law regarding center turn lanes.

According to the incident report, Keck felt pressured to change the accident report, adding that "he didn't think that he would be incorrectly influenced by someone from another department."

He said Simpson called the day after and asked whether Brewer had been cited.

The report was later changed to reflect that Brewer failed to yield the right-of-way, but Brewer wasn't cited.

Keck declined to speak on camera with 5NEWS but said in a statement Wednesday (April 17) that "at no time" did Edwards or Simpson pressure him into changing the report.

"I had heard nothing but positive things about Chief Simpson," Keck said in the statement, "and I felt that with his many years of law enforcement experience, and the many years of experience of his patrol captain that they were surely simply trying to share their knowledge when it came to working accident reports."

Simpson, who also provided a statement about the complaint, said he learned of the accident when a Bentonville officer "expressed concerns" about the accuracy of Centerton's accident investigation.

"The initial findings were incorrect as it failed to take into account the principle of right-of-way and the responsibility that all drivers have when entering the roadway from a private drive -- as defined in Arkansas traffic law under (statute) 27-51-603," Simpson said in the statement.

The statute Simpson cited states "drivers shall yield the right-of-way to all vehicles approaching on the highway."

However, statute 27-51-307 bars drivers from going into oncoming traffic to pass a vehicle when there is a distinctive center line in place.

Simpson said the meeting Edwards set up was done in an effort of transparency, and Keck agreed during the meeting to "make the corrections."

"Since (the accident), Arkansas State Police have reviewed the report in question and agreed with the corrections, placing the findings in compliance with Arkansas law," Simpson said.

However, state police said it examined the report and returned it to Centerton "without recommendations or comment."

It isn't unlawful for police to change an accident report with updated information, and reports often change as officers glean more information.

Roughton's insurance company completed its liability review April 11 and "did not assess any adverse liability" to Brewer for the accident.

The girl has pleaded not guilty to improper passing and has a trial set for July 9 in Centerton District Court.

Roughton, who said he has always "respected the men and women in blue, and always will," said he wished "that things would've turned out differently" and that a public apology should be forthcoming from "all involved."

"I wish they would’ve never changed the original police report and none of us would be dealing with any of this," Roughton said.

"This has been a very long six months of stress, loss of sleep and time away from my business and personal life. Hopefully things will get sorted out between both departments so something like this never happens again to another individual or company."