FAYETTEVILLE, Ark. (KFSM) — A former pathologist at the heart of a scandal in which he is accused of working while impaired at the Veterans Healthcare System of... 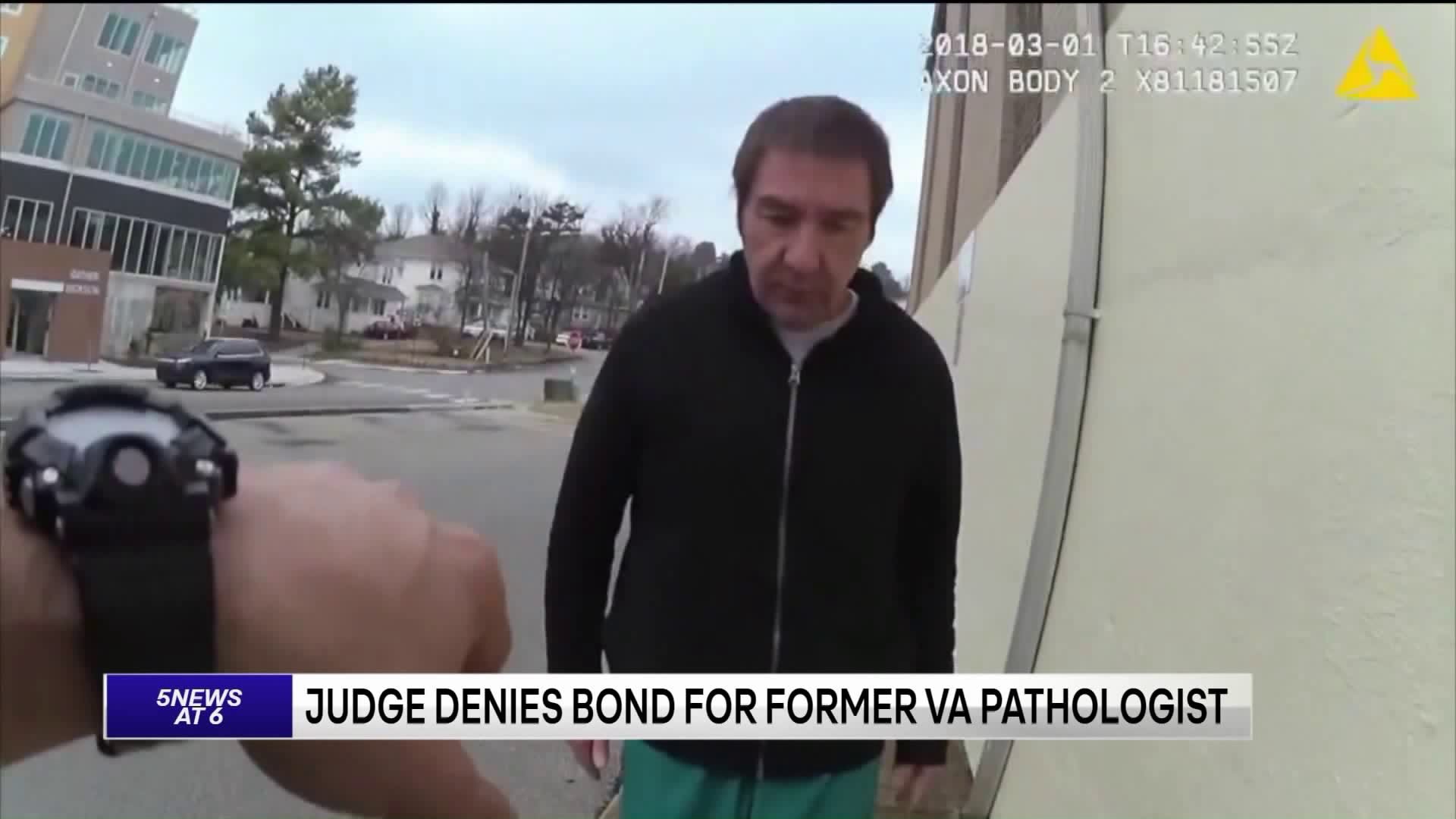 FAYETTEVILLE, Ark. (KFSM) — A former pathologist at the heart of a scandal in which he is accused of working while impaired at the Veterans Healthcare System of the Ozarks was denied bond on Wednesday.

Dr. Robert Morris Levy, 53, was arraigned Aug. 20 on three counts of manslaughter, 12 counts of wire fraud, 12 counts of mail fraud and four counts of making false statements. On Wednesday, he was denied bond in Federal Court of the Western District of Arkansas.

Levy will continue to be held at the Washington County Detention Center until his hearing, which has been delayed at the defense's request until Sept. 8, 2020.

Earlier this month another family accused Levy of a misdiagnosis that led to a veteran's death.