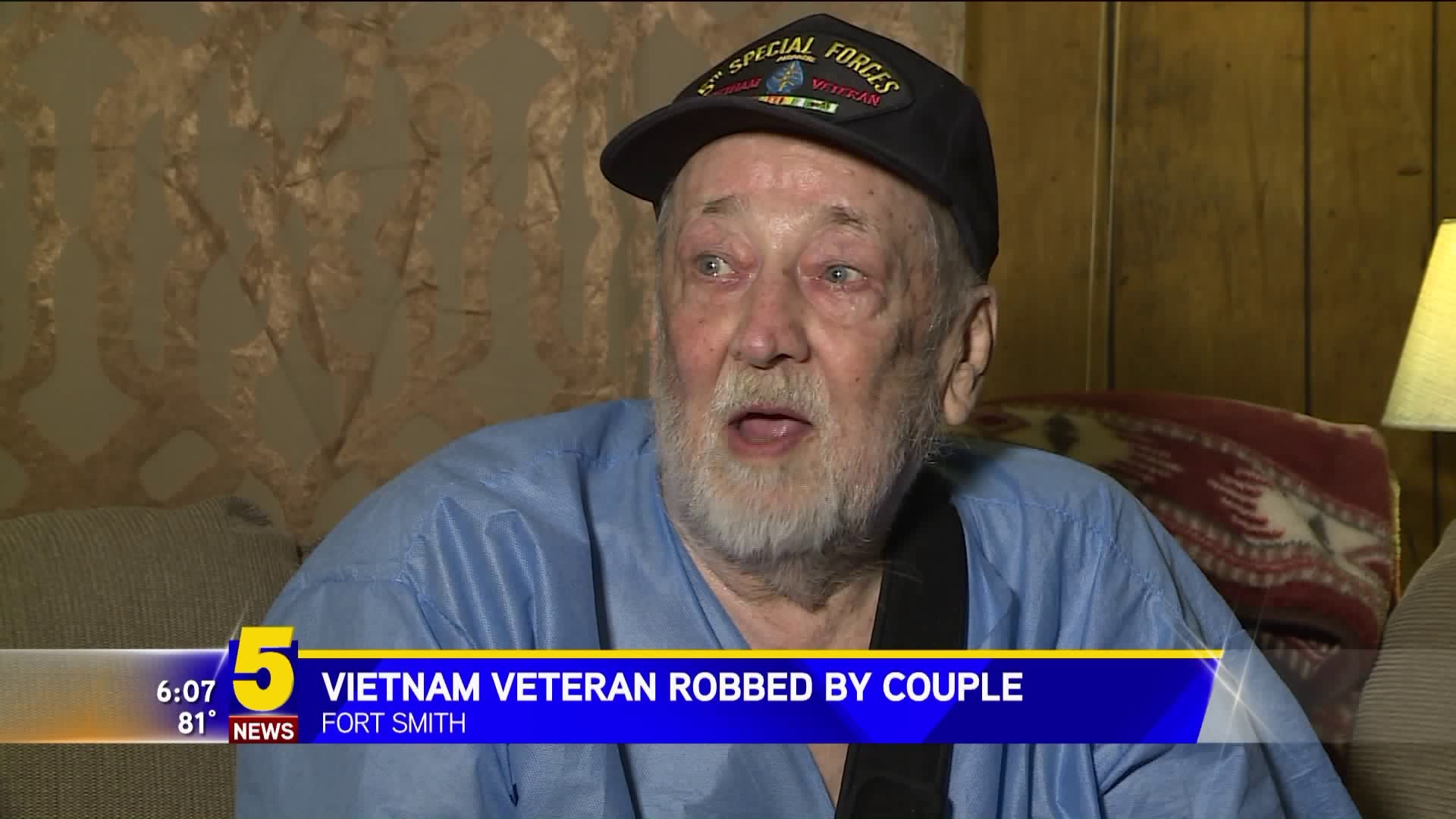 On Tuesday (April 11), Thomas said he pulled into his driveway on South Greenwood Avenue. He said a couple approached him.

"I had just come home from grocery shopping.They walked over and asked if they could help carry my groceries. I said, 'sure,'" Thomas said.

He said once inside the couple stayed.

"We sat down for a few minutes and I was trying to tell them I needed to go to bed," he said

Thomas said he came out of the bathroom and was hit in the head several times with a poker from his fireplace. He said he used his arm to block the blows.

"When I woke up I was tied up with electrical cord and they were dragging trash bags full of stuff out my door," Thomas said.

The Veteran said he waited for the couple to leave and crawled out of his front door to the curb and waved down help.

Fort Smith police have identified the people they believe are responsible. Dale Roberts and Nicole Standige are wanted for aggravated robbery, battery and felony theft of property.

Police said the couple stole Thomas' vehicle and may still be driving it. The vehicle they are looking for is a 2010 white KIA Soul with license plate number Arkansas 646-OPP.

"I hope they would turn themselves in and do the right thing. They need help too," Thomas said.