FORT SMITH (KFSM)- A bill that would keep Arkansans under the age of 18 from tanning has now reached the Arkansas house floor for voting. According to the Ameri... 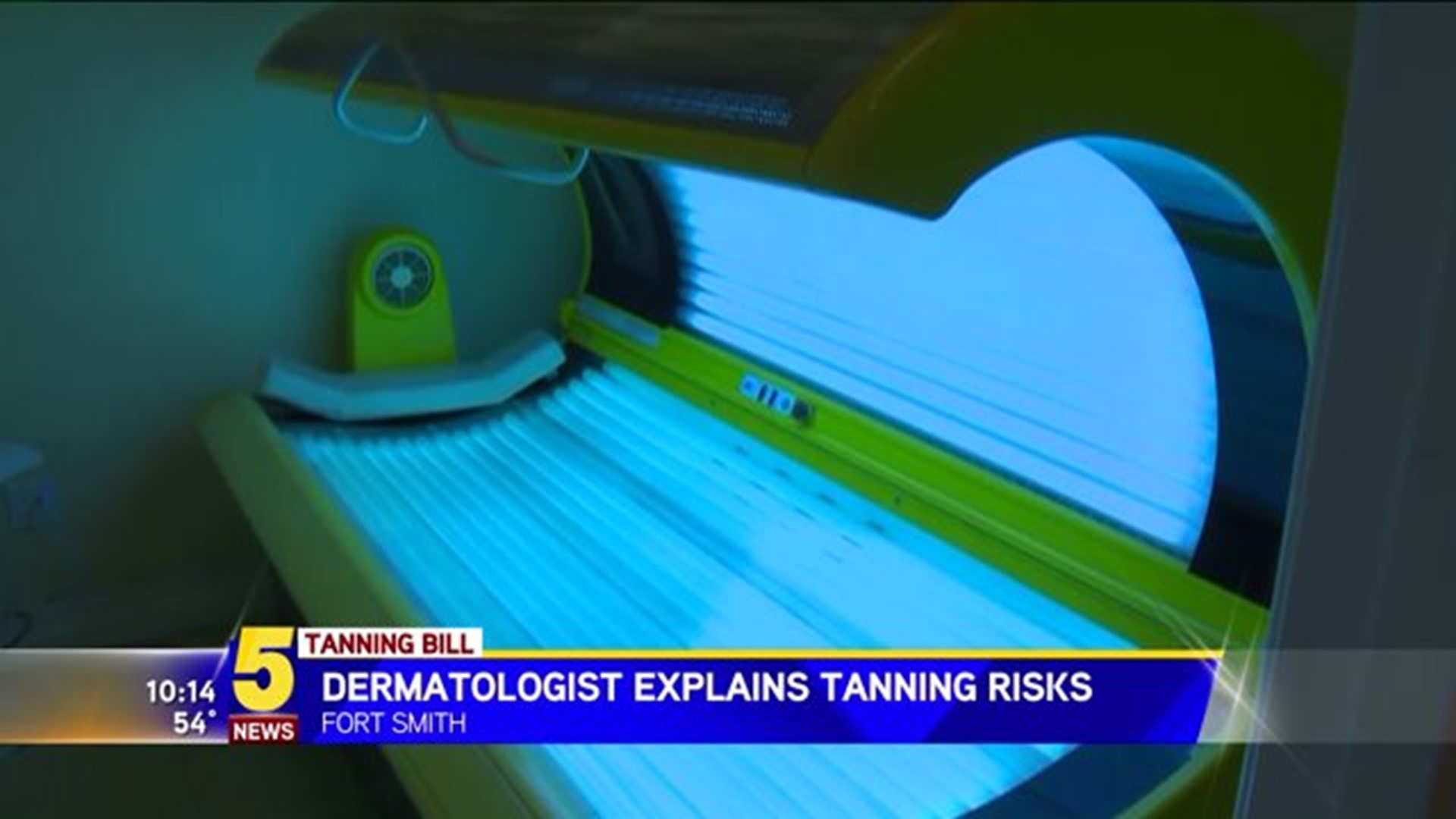 FORT SMITH (KFSM)- A bill that would keep Arkansans under the age of 18 from tanning has now reached the Arkansas house floor for voting.

According to the American Academy of Dermatology, skin cancer is the most common form of cancer and dermatologists are seeing an increase right here in the River Valley.

"We see a lot of melanoma in this area," dermatologist Dr. Garrett Nelson said. "[Melanoma] is the most deadly form of skin cancer and it is the form that can occur in young people, especially females."

For many of those cases, dermatologists say tanning is to blame.

That skin damage is what has lead lawmakers around the country to take a stand against tanning, including neighboring states, Louisiana and Texas, who have already passed bills against tanning.

"This is the same designation that has been given to tobacco products," Dr. Nelson said. "We do limit tobacco products in the under 18 population and that's what we are trying to do with tanning beds, as well."

Dr. Nelson said there are alternative options to tanning, though.

"There's no safe form of tanning," Dr. Nelson said. "If you insists on having a tan, that's fine, but there are alternatives including self tanning products and spray-on tans."

Dr. Nelson said there is a delay period between exposure and seeing signs of skin cancer, so you may not see the negative effects of tanning immediately.

"I think the evidence is overwhelming that ultraviolet radiation damages your skin and lead to skin cancer, wrinkles, and eye damage," Dr. Nelson said. "I think anything we can do to protect our children from this is something we need to pursue."

If the bill makes it out of House, it will then go to the Senate.

The bill was filed by Rep. Stephen Magie, D-Conway.