Mom Of Kids Killed In Shotgun Attack Speaks Out

The day after her father allegedly shot and killed her boyfriend and two children, a Crawford County woman spoke out about the shotgun slayings, saying she woul... 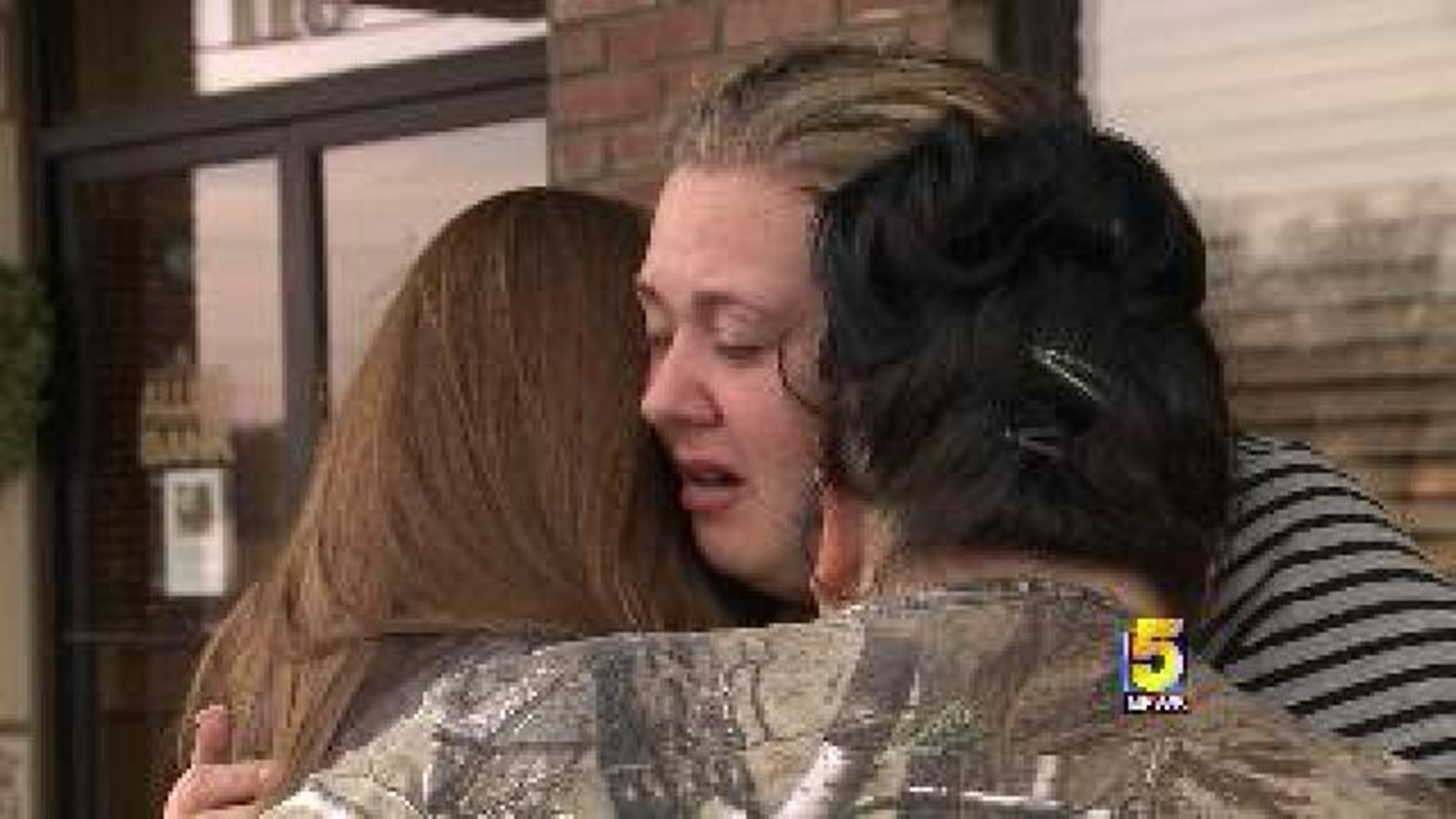 The day after her father allegedly shot and killed her boyfriend and two children, a Crawford County woman spoke out about the shotgun slayings, saying she would give anything to have her family back.

"They meant the world to me. I always wanted a little girl with blond hair and blue eyes. She was Mommy's mini-me. My son had blue eyes," said Ashley Adams, the mother of the four-year-old girl and four-month-old boy who were gunned down in the yard of a house just north of Alma on Tuesday. "Anybody who would have met them would've fallen in love with them."

A grandfather killed his two young grandchildren and his daughter's boyfriend with a shotgun Tuesday afternoon in Crawford County before turning the gun on himself, according to Sheriff Ron Brown.

New details released Wednesday by the sheriff indicate the shooter stalked his daughter and two grandchildren after killing his infant grandson in the home's front yard, Brown said.

The victims were identified by the sheriff as Michael Williams, 31, Kierra Adams, 4, and Chastyn Williams, four months.

County deputies responded shortly before 3 p.m. to the deadly shooting at a house just north of Alma on Old Rudy Road, according to the Crawford County Sheriff's Office. One of the four reported dead is the shooter, identified as Tim Adams, Brown said.

The suspected shooter "spoke briefly with the deputies. And there was a gunshot, and he was deceased," the sheriff said. "I believe this is the grandfather to the children, and it's going to be some type of domestic incident."

The home at 2127 Old Rudy Road belongs to Tim and Regina Adams, according to county property records. That address also is the listed address of Adams Roofing, according to public directories and the company's Facebook page.

Adams and his daughter Ashley were in the house arguing over her 4 p.m. court date. Adams asked Ashley where she planned to keep the children during the court appearance, and she responded they would stay with her boyfriend, Michael Williams, in the car, Brown said.

Adams became angry and walked to the car in the front yard and confronted Williams. That's when deputies said Adams shot and killed his daughter's boyfriend. Adams then walked around to the driver's side of the vehicle, Brown said.

"Then we believe after that is when he shot the four month old in the car seat," Brown said.

The woman grabbed the boy who was shot and fled to the house, along with her 4-year-old daughter. Adams chased them into the house, firing and missing with the shotgun, the sheriff said.

Ashley pleaded with her father not to kill the three year old, after which deputies arrived on scene, according to the sheriff.

"He kind of had his back to the deputy," Brown said. "He put the telephone down, and when he turned around, he had a long gun, which turned out to be a shotgun in his hand. The Adams subject shot himself."

Adams' daughter was unharmed in the shooting. The three-year-old girl at the scene was also uninjured.

The news of the shooting quickly traveled through the nearby Alma community, where residents said the situation left them surprised.

The Julian family recently moved to Alma for its school district.

"Very residential around here. It's all residential area, mostly children," said Rebecca Julian. "It's very children-oriented. For something like that to happen, it's enough to shock anybody."

An account to offset funeral costs has been set up at Allied Bank under the name Ashley Adams. If you would like to donate, stop by your local branch. 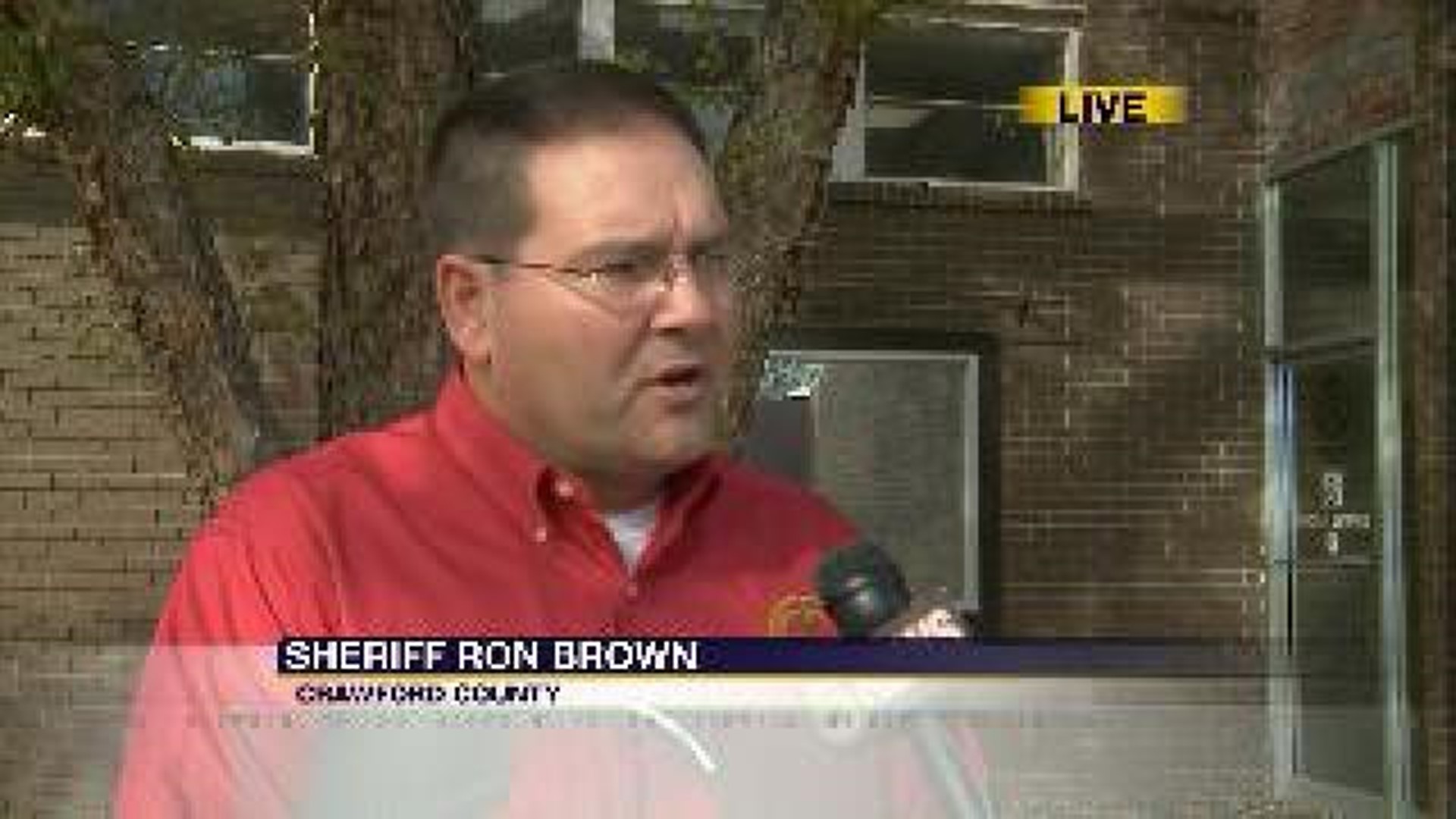