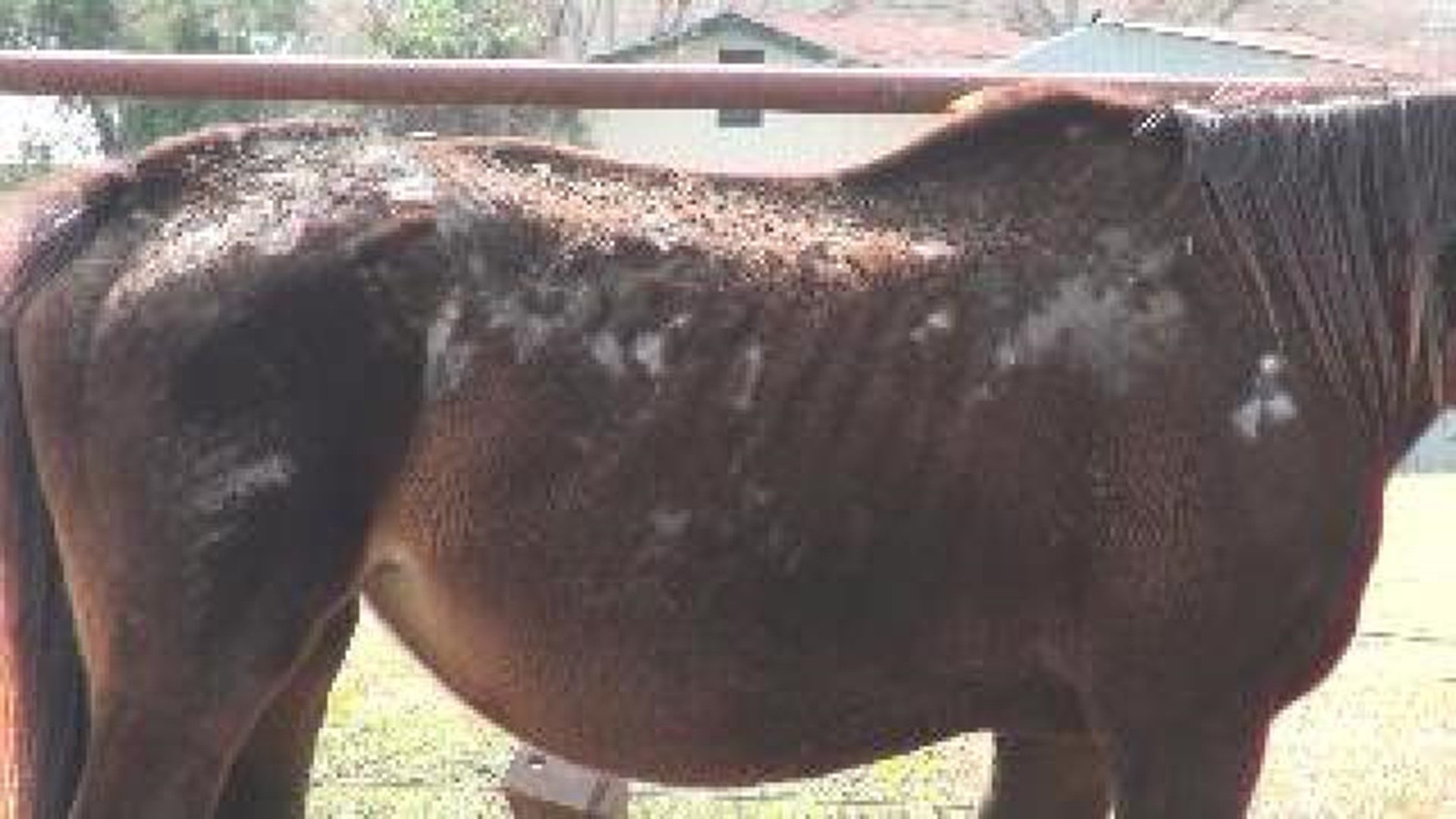 Deputies from LeFlore County seized 24 horses from a local man's land in Spiro Saturday. They were joined by volunteers from a local horse rescue.

The Sheriff's Office received numerous complaints from concerned neighbors about the condition of the horses. A deputy visited the property earlier in the week to check out the situation.

His report states all of the animals showed signs of malnutrition and skin problems from being exposed to rain for prolonged periods. He also found a dead foal on the property.

The visit prompted the department to move forward with the seizure.

"Almost every horse here has a wound, a cut, a scratch," said Elizabeth O'Neal, owner of the Triple O Ranch Equine Sanctuary, Inc. "Responsible horse owners never let their animals get in this condition."

Many of the female horses were pregnant or had recently given birth. Volunteers put blankets around the young horses to protect them from the cold.

Sheriff Rob Seale said his office visited the same property in the past because of similar complaints, and this time the horses' owner could face charges. "Right now we've filed for an affidavit for 25 felony counts of cruelty to animals."

"There are bones there," said O'Neal. "These are not the first horses to die here. This has been going on for quite some time."

The seized horses were sent to a temporary shelter where they'll be evaluated by a veterinarian. Sheriff Seale said the Humane Society of America in Oklahoma City offered to pay for the veterinary services and provide hay and feed for the horses until they are placed in foster homes.

After the horses were seized from the property, the County Commissioner removed the dead foal and the bones of the other deceased horses.